Toddler Orphaned in Shooting in Jewish Neighborhood of Highland Park 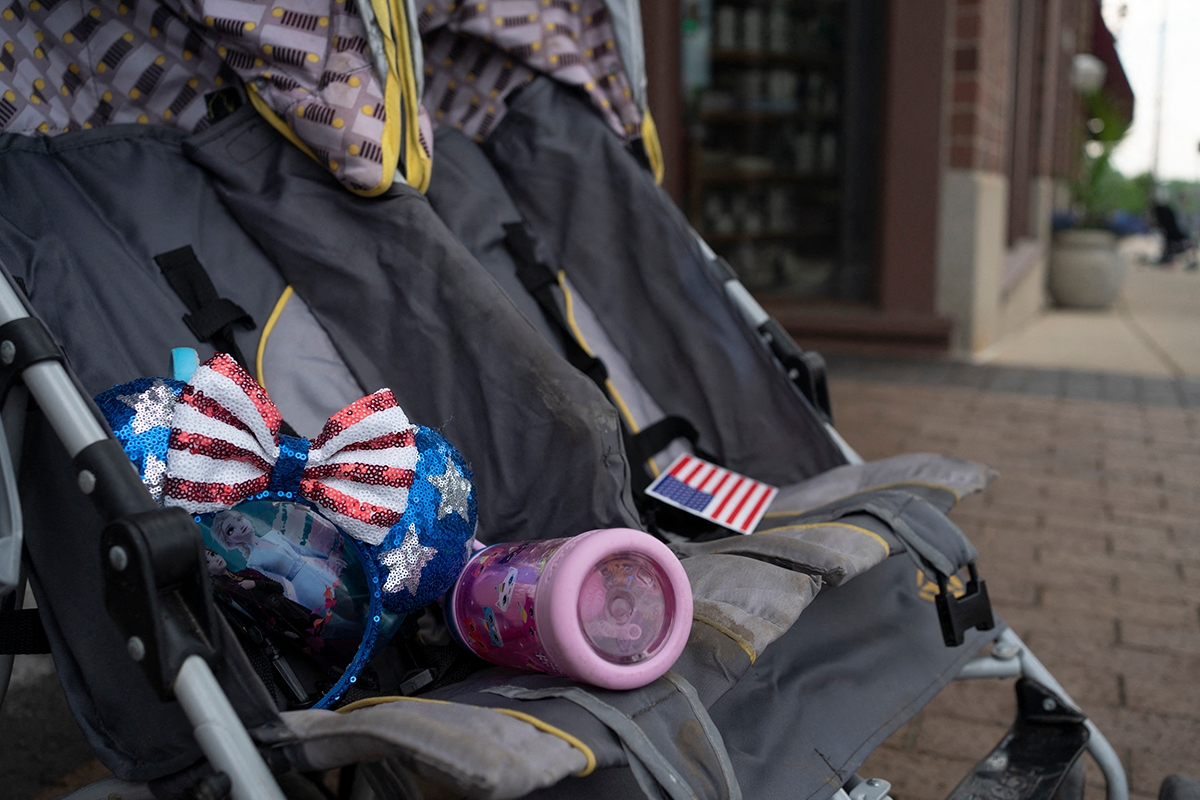 For families attending a 4th of July parade in Highland Park, a heavily Jewish suburb of Chicago, the festivities were cut short this Monday due to yet another tragic mass shooting. As a klezmer band played and revelers were enjoying the day and looking forward to the evening’s fireworks, a Highland Park native, Robery “Bobby” Crimo, opened fire on the parade, killing seven people, all adults, and injuring nearly 40 others.

Among the seven victims of the deadly shooting was Irina McCarthy, a 35-year-old mother and Chicago native who died while attending the parade with her toddler, two-year-old Aiden McCarthy. Her husband, 37-year-old Kevin McCarthy, was reportedly killed while sheltering him.

Irina and her family were immigrants from the Soviet Union. She moved to Chicago with her parents, Michael (“Misha”) and Nina Levberg, when she was Aiden’s age.  Misha and Nina, who moved to this country to give their daughter a better future, will now have to raise Aiden by themselves. A GoFundMe, organized by a family friend, has raised over $2 million for the boy’s future care.

According to reports, Aiden was found bloodied and wandering by himself and was picked up by a concerned stranger.

“Every time I tried to ask him what his name was, the response he gave to me was, ‘Mama, Dada come get me soon. Mommy’s car come to get me soon,'” Dana Ring told Good Morning America.

He was later picked up by his grandfather at a local police station. “When I picked him up, he said, ‘Are Mommy and Daddy coming soon?’” Levberg said. “He doesn’t understand.”

Levberg told reporters that Irina, his only child, “was the love of my life… she was everything.” She met Kevin while working in digital marketing at a pharmaceutical company. He said that the couple was “crazy about their child” and looked forward to attending the parade with Aiden. The couple was hoping to given Aiden a sibling in the future, and Kevin had planned to take his father-in-law on a trip to Europe.

A baby went to a 4th of July parade & left an orphan. The way we’re living in this country makes zero sense..

All of the victims of Monday’s mass shooting were important and vital members of their families and communities. Many of them were Jews — the population of Highland Park is around 50% Jewish.

One of the victims, Jacquelyn “Jacki” Sundheim, 63, was a preschool teacher and events coordinator at a local synagogue.

”Every life cycle event, you shared with Jacki. Whether it was a baby naming or a bat mitzvah or a wedding, you planned that with her,” Lauren Absler, a fellow congregant, said. “We cannot remember a time when we walked into the sanctuary and she wasn’t standing at the door to greet people.”

It is not clear what the motives of the shooter were. The rabbi of the local Highland Park Chabad alleged that he recognized the shooter and that his synagogue turned him away during Passover services.

One thing is clear — these shootings need to stop. As Emily Barth Isler wrote in Kveller, ending gun violence is an inherently Jewish responsibility. Our children should be safe in their schools, in their streets and while celebrating with their families on national holidays. May the memories of all the victims of the Highland Park shooting be for a revolution.

For more news coverage of the Highland Park shooting, go to jta.org