Under Lockdown, Dating a 71-Year-Old Makes Me Feel Alive 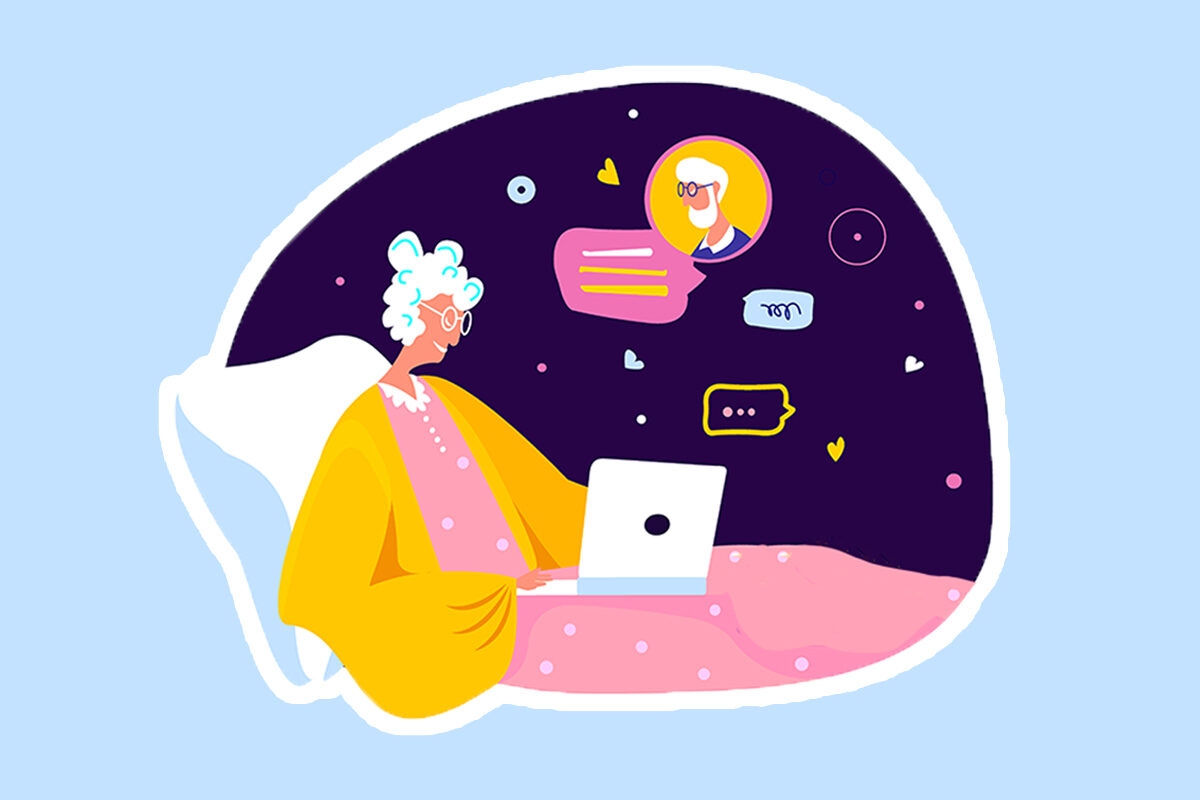 I met him in person only once, about one month ago. When I first saw Burt’s picture on Our Time, the dating site for singles over 50, I was attracted to his playful attitude. He wore a red Santa hat, and judging from his smile, it was obvious he was enjoying himself.

I contacted him twice before he responded. Even then it took about a week or two before he committed to meet me. In fairness, he would have a long drive, from North Hollywood all the way to Long Beach, California — that’s over an hour’s trek on a good day. We agreed to meet at El Torito, a Mexican restaurant located close to my apartment. Their Cadillac Margaritas are great, and it’s close enough to home that I could have a drink or two and not worry about getting back safely.

I felt optimistic and at the same time a little nervous. No matter how enthusiastic I might be about someone’s image and profile, like most people, I never know how I’m going to feel about the person until I actually meet him. Dating at an older age is a challenge, but so was dating at a younger age. Sometimes I wonder, especially since I tend to date younger men, if I will be perceived as “too old,” but so far, it hasn’t been a problem. Besides, I know I’m smart, I have a good personality, plenty of sensuality, and just enough spunk to not let it stop me.

I took a table for us in the bar and waited. Ten minutes later, he walked in. I recognized him immediately and waved him over. I like tall men (he’s about 6 feet), and he had lots of gray hair, which I also liked, but unlike his photo, it went north, south, and all points in between. He sat down and we began talking.

I did not feel an immediate attraction to Burt as I had with some other men, and I didn’t think he was interested in me, either. It wasn’t that we lacked for conversation. He told me about his love of cooking and the pressure cooker he uses to make his terrific meals. I talked a little about my writing. We both asked questions of each other.

There just wasn’t the magic I’d been hoping for. We each ordered a margarita. I wondered if we might have a different impression of one another if we were inebriated. I thought about having a second drink to test this theory, but, upon reflection, drinking my way toward an attraction did not seem like a good idea. We had lunch, as planned, and afterward, said our goodbyes. I touched his hand. He made no response and didn’t ask to see me again. That was that — or so I thought.

To my surprise, the next day my new friend texted me that he enjoyed meeting me. Strangely enough, I got a warm feeling all over. I texted him back. I asked him some questions about being an attorney and, since I write crime novels, if he worked on any criminal cases. We talked about our mutual love for animals, music, and even politics. (We happen to be of the same political persuasion, so, luckily, no conflict there.) What we texted about wasn’t as important to me as how very quickly we developed a nice banter, in a way that we hadn’t on our date. It didn’t take long for me to realize I was having fun. He began calling me in addition to texting. We had lively conversations, talking about everything. He likes spicy food (I don’t), he has a rowing machine (I take walks), he has a son (I don’t have children), he has a cat (I like dogs). Nevertheless, I started looking forward to his texts and phone calls. Soon we made another date.

Before we could meet again in person, however, coronavirus hit this country, and with the highly contagious disease came the recommendations to stay home. Terror then boredom followed. And then news reports began popping up with suggestions to limit gatherings to 25 people. That got my attention. Then it was down to 10. Soon, it was “only go out if it was an absolute necessity.” We had talked about him coming to my place and ordering food in, but I am a senior citizen with asthma. That means, with the coronavirus lurking, I am at high risk for getting it and not living through it. That means I have to self-quarantine. Which meant I’d have to cancel our date.

That also means I’m alone, 24 hours a day. With just my thoughts. That would give me plenty of time to dwell on my fears, dwell on my potential demise, and dwell on the probability that I would have to stop my workout regime at the gym, which is important to me for my physical and mental health. My goal is to stay healthy, so my motivation is strong. Loneliness enveloped me like a steel cocoon from which I couldn’t escape. A jolt of anxiety struck and I couldn’t shake it. Life was looking bleak.

I expressed my fears about the virus to Burt. He said softly, and with compassion, that what we can do is take it one day at a time. He was right, of course, and I felt reassured. We continued our conversations on the phone (lasting an hour or more each time), which led to more texting, morning, afternoon, and evening. As in My Fair Lady, I grew accustomed to his voice. I enjoyed his wit and appreciated his concern about me.

Over the days and weeks, our texts became flirtatious. That led to a lot of laughter, and even led to phone sex. I am, you see, the author of a memoir titled My Sexual Awakening at 70.  Once Burt and I began our texting exchange, I sent him an article I wrote, forgetting my book title was mentioned in my bio. He was curious about it and asked me some questions. I answered them. Our conversations became more sexual. And the more sexual they became, along with his understanding and sense of humor, a real attraction grew. I’m no longer bored, or lonely. Sometimes I’m even calm.  But most of all, I feel alive at the most vulnerable and frightening time of my life.