Our Jewish Kids Shouldn’t Have to Lie About Santa 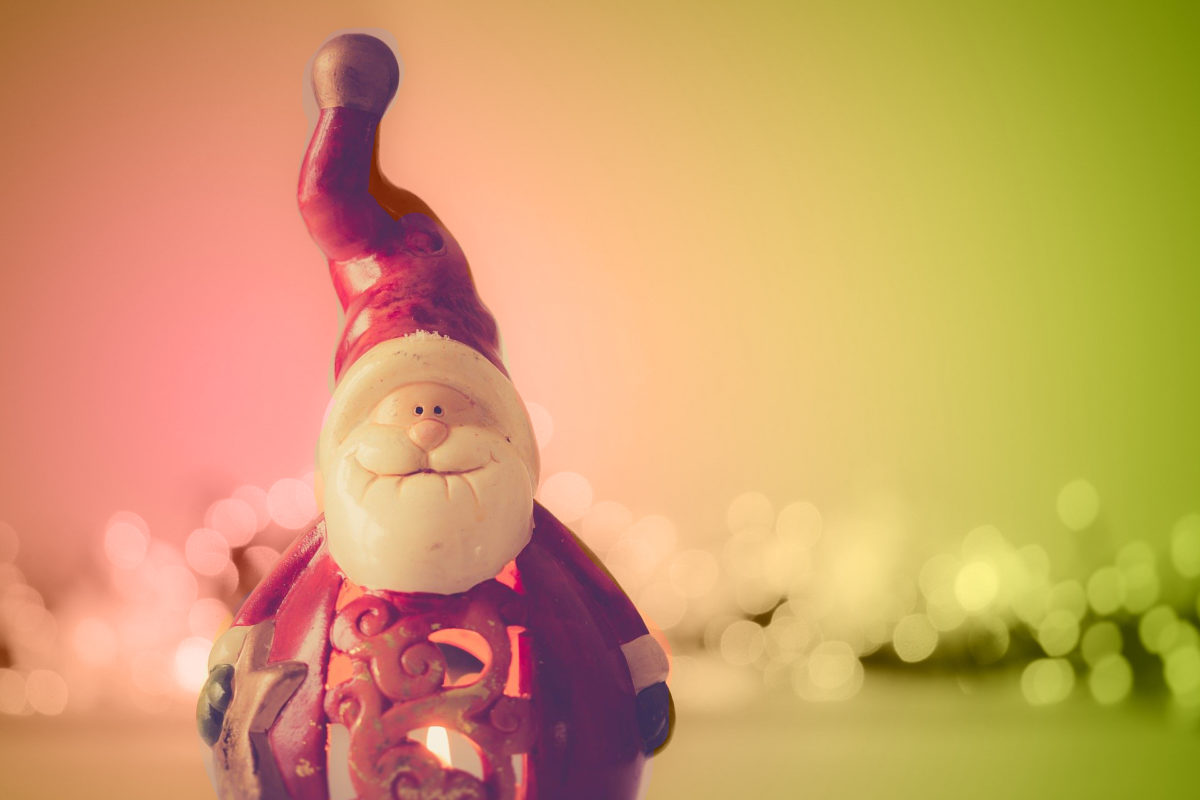 It’s December, which means Jewish parents in majority-Christian countries like the United States must face the Santa question.

No, not the one about whether or not your kid has been “good” this year. I’m talking about the question of how to keep your child from being the Grinch who ruins Christmas by telling their friends that — spoiler alert! — there is no such thing as Santa Claus.

I hate this question. I resent how Jewish parents spend much of December strategizing and agonizing about how to enlist their 3-year-olds in creating Christmas magic for other people’s children. My Facebook feed is full of Christmas-celebrating parents pleading that we make sure our children don’t “ruin” the holiday for theirs —  I’ve even heard of parents thinking about separating kids from their Jewish friends for the month of December, lest they blurt out the truth and spoil the magic.

Every year, our Christian neighbors demand we tie ourselves (and our children) in knots to preserve a holiday tradition in which a single person’s non-compliance will “ruin” it for everyone else. This is not a fair request. It’s a microaggression born of a culture so thoroughly steeped in Christian dominance that Christmas is seen as a universal part of every American childhood.

Many Jewish parents choose to tell their kids something like, “Santa is a pretend game that Christian families play. It’s a fun secret like a surprise party, and it will make your friends happy if you help keep the secret.” This can even prompt a larger discussion about friendly secrets and white lies, and how to tell “good lies” apart from the bad ones. That’s a completely fine approach, and by no means am I saying that everyone has to stop doing that.

But why is this on us to do? Why do our kids have to bear the burden of telling an elaborate white lie to make another religion’s holiday special? Why must Jewish kids do the emotional labor of making magic for Christian children?

Teaching preschoolers to lie about Santa is an exercise doomed to fail a significant percentage of the time, because, as Ashley Fetters wrote in the Atlantic last year, “little kids love to announce when something is wrong or a lie (try asking a three-year-old whether a puppy says ‘meow’).” And then, when Jewish kids invariably slip up and tell their friends that Santa isn’t real, they are vilified as bad, mean-spirited Grinches who are trying to steal the joy from Christian children. Asking Jewish kids not to ruin Santa is setting them up to be hated.

There is something surprisingly dark at work here. Teaching our kids to keep the Santa secret is, for many Jewish parents, the first time we give our version of “the talk.” Not the one about the birds and bees, but the one that parents in all marginalized groups give their kids, about otherness and discrimination and how to avoid getting hurt because of who or what you are.

For many Jewish kids, the Santa talk is the first time they are confronted with the reality of being Jews in a Christian-dominated society. They learn how to lie about their beliefs in order to preserve the fragile feelings of the majority and not incur the wrath of Christian adults. In teaching our Jewish kids not to ruin Christmas for their friends, there’s an element of “keep your head down and give them no reason to hurt you.”

My fellow New York Jews may find this perspective alien, paranoid, or an overreaction. But, having grown up in West Texas, my first reaction to other parents’ pronouncements of “don’t let your kid ruin Christmas” is a gut punch of ancestral fear. Because here’s the thing: whether Christian parents intend it or not, there’s an implied “or else” behind those words. History has not been kind to Jews who anger their Christian neighbors — especially by upsetting their children.

While our Christian neighbors’ demand for our “help” in preserving the Santa magic may seem benign, it’s actually far from it.

Imagine this scenario: If Jewish parents got a call from their school, saying, “Your kid is a problem because she won’t stop saying she doesn’t believe in Jesus and she’s ruining it for the Christian kids,” we would storm over in a righteous rage, backed by the ACLU and the ADL, prepared to raise hell. And, thanks to decades of work by those organizations and others, it is becoming increasingly unacceptable to belittle Jewish kids for not believing in Jesus. But not believing in Santa – or not pretending to believe for the benefit of those who do – is still taboo. Unlike the belief in Jesus, which everyone agrees is a religious belief not universally shared, kids’ belief in Santa is seen as a collective responsibility.

Some people frame the Santa question as one of religious tolerance; we should teach our kids to respect other religions and not ruin Christmas for their friends. But that makes me wonder why this demand for religious tolerance is so unidirectional – and why the burden falls on the minority to protect the majority.

As applications of religious tolerance go, this one is completely backwards. It is obviously important to teach our children to respect other people’s traditions. But Jewish kids are being asked to keep the Santa secret because Christmas has been constructed in such a way that everyone must participate, or it is ruined. That is, when you stop and think about it, incredibly ominous.

By demanding that everyone participate in making Christmas magic for their kids, Christian parents teach their children that they have the right to live in a homogeneous bubble where absolutely everyone observes Christian traditions. Characterizing Jewish kids who innocently state their beliefs as “ruining” the holiday teaches Christian kids that religious freedom means that they are entitled to force everyone around them to participate in their religious rituals. They are coming to see religious minorities as oppressing the majority by existing.

If a non-Christian kid stating their belief is seen as a threat to Christian religious practice, that lays the groundwork for other much more unpleasant things. Like Christian bakers refusing to make wedding cakes for LGBTQ couples, religious employers denying contraceptive coverage for their workers, and all the other ways “religious freedom” is claimed as a license to discriminate.

It’s time to demand more of our Christian parent friends. They need to get their heads together and figure out how to present the magic of Christmas so that it does not require universal participation.

There are ways to do this. Many ways. Christian parents can tell their children that Santa is real for those who believe. They can frame it as a matter of faith, and whatever they say when their kids ask if Jesus is real, they can say something similar about Santa. (They certainly can’t say that Santa exists but punishes children who don’t believe by not bringing them any presents.)  Christian parents need to teach their kids that while they believe in Santa, not everybody does, and that’s OK.

The burden of preserving Christmas traditions should not be placed on Jewish kids. They are not little Scrooges if they share their beliefs with their Christian friends. And the next time another parent asks me to please make sure my kid doesn’t “ruin” Santa, I’m going to suggest they find a better way to make Christmas magic for their own children. That’s their responsibility, not ours.