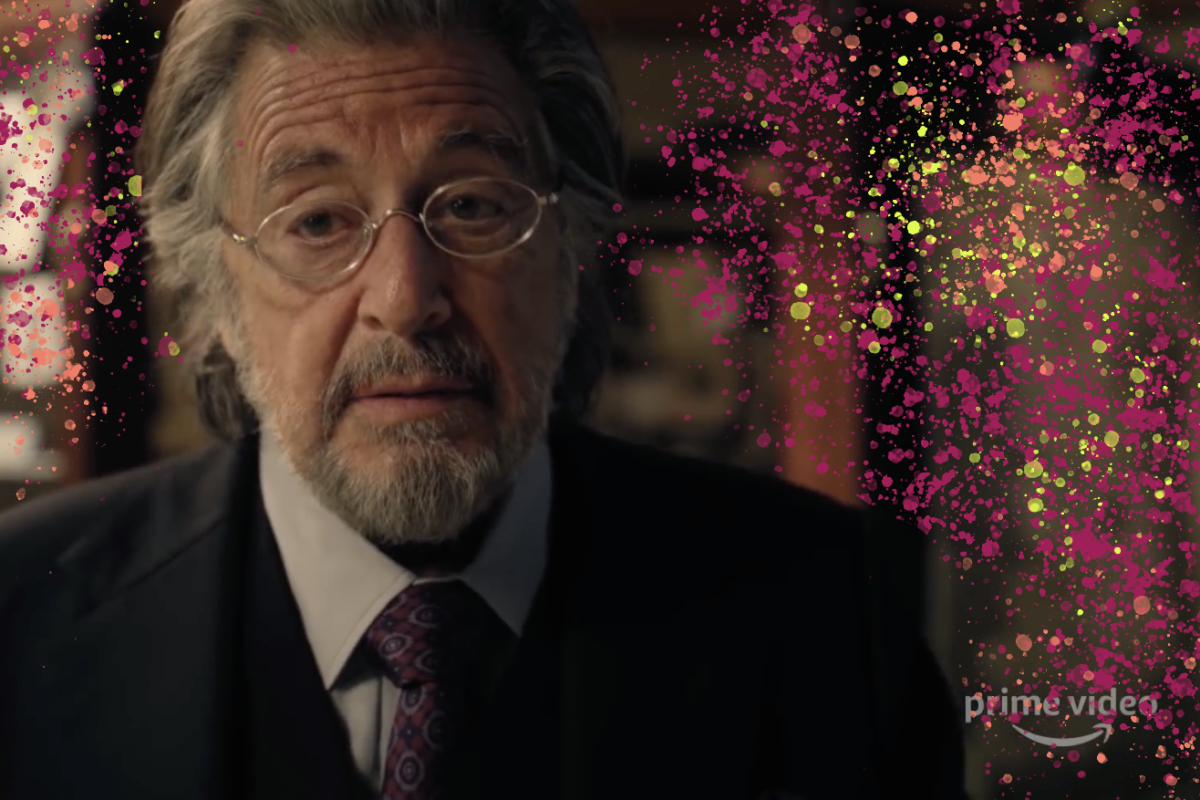 Last week, Amazon dropped the first trailer for Hunters, the new Jordan Peele-produced show which stars Al Pacino as a Nazi hunter. Since then, while I didn’t think it was humanly possible, I’ve become even more excited for this show!

ICYMI, Hunters will follow a group of Nazi hunters headed by one Meyer Offerman (played by Pacino) in 1977 New York. The hunters are working to foil a devious plan by Nazis to transform the Big Apple into into the Third (or is it Fourth?) Reich. It sounds very, very cool.

The previously released teaser only had one line of text, the grammatically dubious but totally badass line, delivered by Pacino: “This is not murder — this is mitzvah.”

But this new trailer, which is a little over a minute long, gives us the full speech that preceded that line — and it is glorious.

It starts with Pacino, employing a pretty great Yiddish accent, sharing a Hanukkah-appropriate metaphor about light and darkness.

“There comes a time where we all must choose between the light and the darkness. But when there is great darkness in this world perhaps the choice is made for us,” a bespectacled and bearded Pacino tells his audience. He almost looks like a rabbi at a pulpit, except for the detective-like “crazy wall” behind him. As he begins the speech, we see some random scenes: light being turned on in a bunker; a man with a suitcase entering a home with a pool; a dagger.

It’s all very mysterious, but then, he continues: “You know, for eons, people like us have been degraded and exterminated. But no more.”

It is clear from the scenes interspersed in the trailer that this isn’t just about anti-Semitism. Yes, as this line is being said, we see a  scene from a Jewish wedding, but also a scene of two young Black people looking forlorn and worried. Since this is a show that is set in New York City of the late 1970s, and it is produced by Peele, the man behind Us and Get Out (and also, we’d like to add, the husband of funny Jewish mama Chelsea Peretti!), we can safely assume that it won’t be myopic when it comes to dealing with bigotry and racism.

“There is evil among us,” Pacino’s character continues, “and you must remember, this evil starts as but a spot inside of them, and then it grows to a stain, then it becomes a scourge. And we can’t know such evil until it strikes. So the time to act is now, before everything we hold dear to us, is destroyed.”

The scenes juxtaposed with these great lines — full of rabbinic wisdom — are also mysterious. In one scene, someone unearths a Nazi iron cross from a drawer, which also has a stethoscope in it. There’s a black and white photo of a man in a Nazi uniform. We see a scene of a bloody arm with a number that looks like an Auschwitz tattoo. We see more of Pacino’s crazy wall, with a photo inscribed with the name “The Wolf of Wilhem Zuch,” paperwork with the symbol of the SS, and much more.

Pacino, as Offerman, then ends his speech with the instantly iconic line, “This is not murder, this is mitzvah.”

But then, he adds to his listeners, “Welcome to the hunt.”

Then, we see who he is talking to, the hunters who will join him on this mission. There’s Logan Lerman as Jonah Heidelbaum in the center. To his left are Jewish actors Carol Kane (our queen!) and Saul Rubinek who plays Murray Markowitz, and there’s also the wonderful Tifanny Boone (from The Following and Beautiful Creatures) who plays the badass Roxy Jones. There’s also Kate Mulvany as Sister Harriet (a nun and a Nazi fighter! We dig it!), the brilliant Josh Radnor as actor Lonny Flash, and Louis Ozawa Changchien as Joe Torrance.

A diverse and amazing group indeed.

And the trailer doesn’t end there. We see Pacino stab a man in the arm, sister Harriet come out with guns blazing, a (presumably Nazi) person being stabbed in the back, and a lot more action (the trailer ends with a car blowing up.)

Can this show please come out already?!