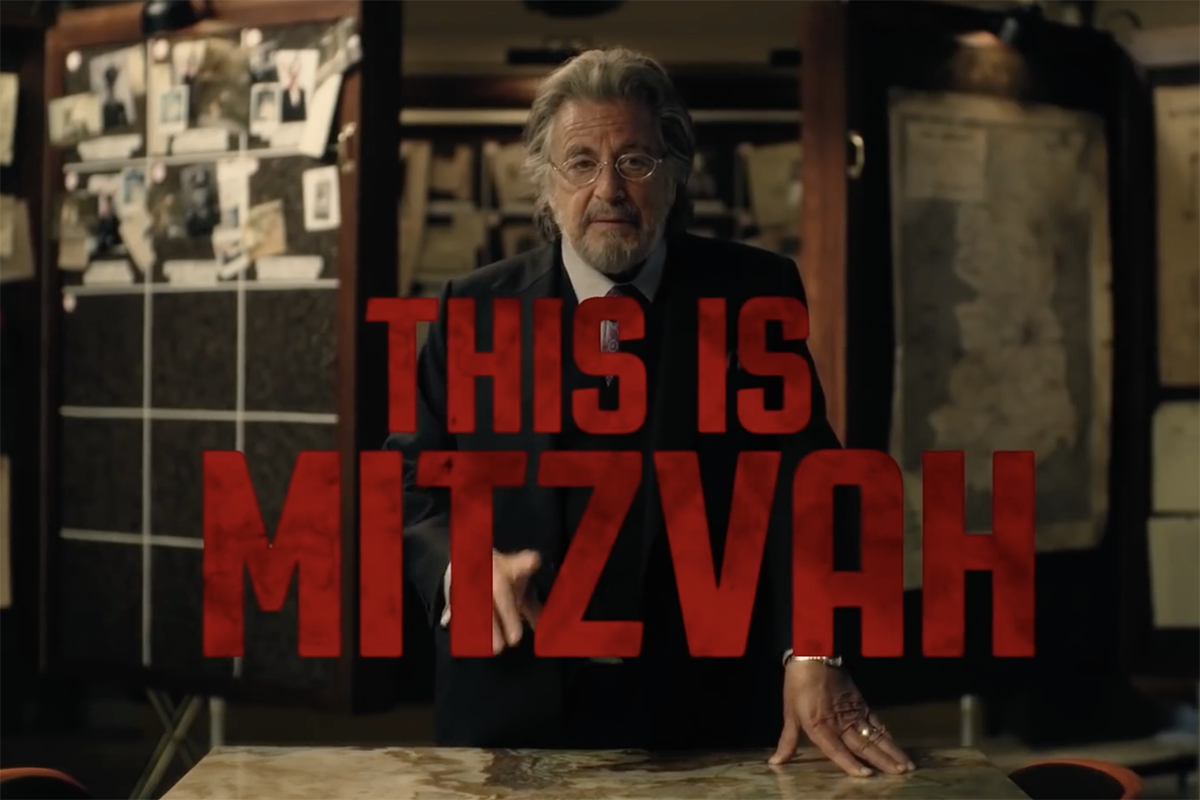 Sometimes, you find out about a show and your jaw literally drops. OK, not literally. But when I found out Jordan Peele — formerly of Key & Peele and currently one of the most acclaimed Hollywood directors (Us and Get Out), as well as husband of funny Jewish mama Chelsea Peretti — is executive producer of an upcoming Amazon series about Jewish Nazi hunters, I did, quite literally, jump from my chair.

And then I found out the show stars Al Pacino as a Jewish Nazi hunter, no less! This news was almost too much to handle. So, of course, I had to find out all I could about the show, and relay that information to you, dear readers.

The show’s name is Hunters and it will be released sometime in 2020 (the premiere date has yet to be set, but we will keep you updated on that). The show was created by David Weil and its first season will be 10 episodes long.

They play members of “The Hunters,” a group of Nazi hunters living in 1977 New York, who discover that there are hundreds of Nazis living among them, hoping to start a Fourth Reich in the U.S. (Whoa.) So of course, the hunters decide to take them down, one at a time!

The show’s first teaser, which came out last week, is incredibly short. We see Pacino crossing out a someone’s face — presumably a Nazi’s face? — on a board with a red marker. We see two unidentifiable ladies fighting each other (oooh!). One woman is yelling while being handcuffed to a chair (we hope she is of the Nazi persuasion!). We see a car with a mysterious balloon sticker being blown up (again, we are hoping the car is of Nazi persuasion); we see a man’s hand being stabbed (hopefully the hand is of Nazi persuasion?).

The teaser has only two lines of speech in it, said by a camera-facing Al Pacino: “This is not murder. This is mitzvah.” Yep — Pacino drops some Jewish knowledge and, presumably, he is saying that killing Nazis is a mitzvah. Which is pretty badass, even if we don’t condone murder!

As some people on Twitter have already mentioned, this grammar is a bit dubious — it works in Hebrew, where you would not add the “a” particle. But since this show is meant to take place in New York of 1977, and we are assuming a Yiddish inspired dialect is being used, the line should be, “This is a mitzvah.”

But hey, did you ever think you’d ever hear Pacino talk about mitzvahs?! If this show is as good as this teaser looks, we’re willing to forgive it all!