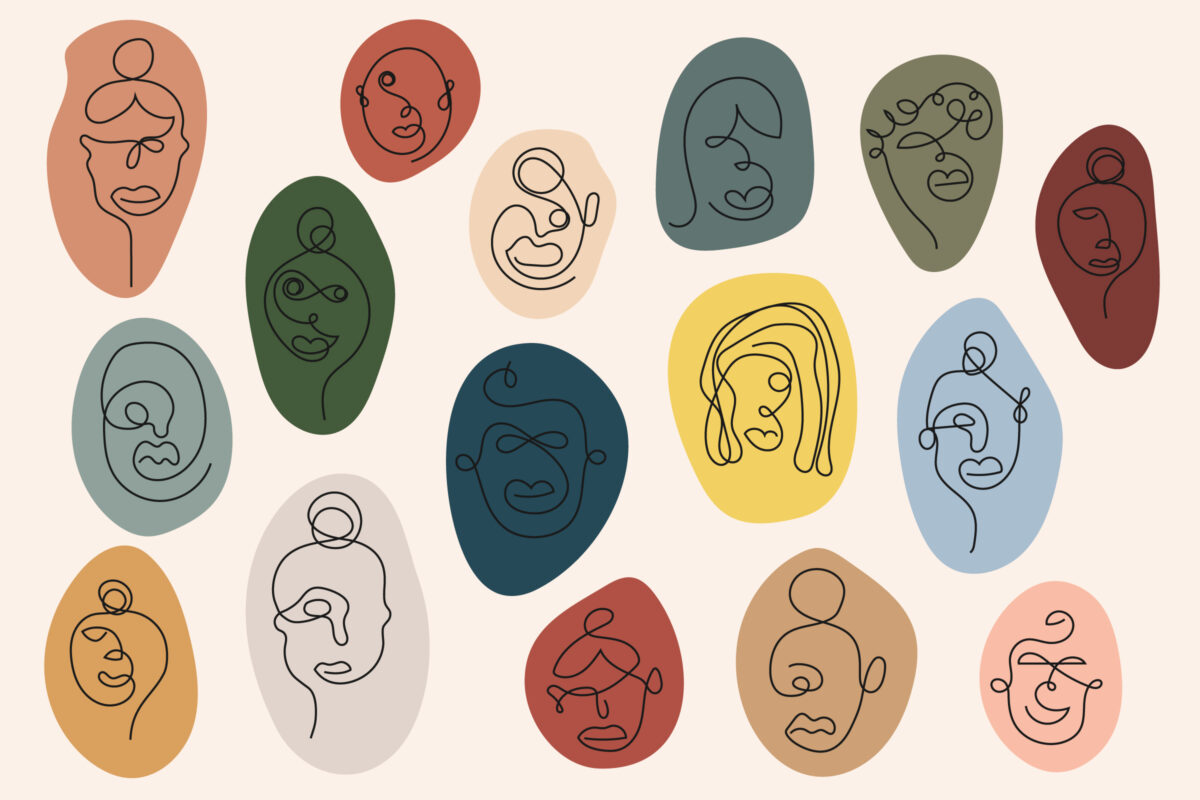 We’re all seeing a lot of faces today, up close and personal, staring straight ahead in little boxes on our screens. It’s weirdly intimate and unsettling.

Before the pandemic, when I was in a face-to-face meeting with my colleagues, I didn’t typically stare at all of their faces, simultaneously, and when I did make eye contact it wasn’t with all of them at the same time. These days, with all our meetings held on Zoom, I feel rude when I look away from the screen — but I also feel a bit creepy when I stare straight ahead.

We’re also, paradoxically, seeing fewer faces during those rare occasions when we venture out into the world. Most people are now wearing masks, most of us for the first time in our lives.

Faces are fascinating — like bodies, they come in every color, shape, and size. While society, collectively, has gotten better about viewing those with facial differences positively, differences in the configurations of our faces remain one of the few acceptable prejudices. After all, facial differences are still portrayed in the media as being a sign of evil: from Scar in The Lion King to the Joker in Batman to Freddy Kruger in A Nightmare on Elm Street, facial differences are visual shorthand for “bad guys.” In movies and on TV, the good guys are smooth-skinned, symmetrical, and even-toned; the bad guys are scarred and skewed. Yes, movies like Wonder — whose lovable protagonist is a boy with facial differences — have made a difference. But it’s an incremental one. There’s a lot of history to undo and one movie can’t do it alone.

People who live with facial differences are often viewed as being less attractive, less intelligent, and less capable than people whose facial presentation is considered “normal.” When I first started dating my husband, who was born with a cleft lip and palate, I dealt with lots of unkind comments about his “suitability” as a partner, from repeated questions about whether he was planning on having more plastic surgery (as though the nine surgeries he endured weren’t enough) to assumptions about what his career options might be (“Public relations… hmmm… do you really think that’s a wise choice for him?”). He also experienced lots of terrible bullying as a child which went unaddressed by the adults around him. That was a pretty standard experience for a kid with a facial difference in his generation.

When our son, now 11, was born with a cleft, my husband and I both took a deep breath. While we navigated through feeding challenges, medical and dental visits, and surgeries, we felt a niggling anxiety about whether he’d experience the same kind of prejudices as his father did. Before his repair, strangers stared openly at him in public, and their interactions with him were tentative, not the usual, delighted baby ogling I experienced later with his sister.

Since his repair, we’ve been proactive about educating his teachers and classmates. What I’ve realized is that, most of the time, people are just curious, and they don’t know how or whether to ask. In adults, the curiosity manifests as hesitancy; they want to ask questions but they’re afraid of being rude, so instead they keep their distance. In kids, this curiosity can be cruel. Kids don’t have a filter yet — whatever they think is what they say, even when it’s hurtful.

In our present moment — where we see each other’s faces on screens long before we meet in the flesh, or we’re hidden behind masks to protect one another — we need to be even more aware of the impact that facial differences can have on our preconceptions. This Face Equality Week, take some time to consider how you approach people with facial differences and how you can help us take steps towards achieving a world where our faces are just another body part. After all, it’s our character that matters most.