‘The Lion King’ Is Totally Inspired by These Jewish Biblical Figures 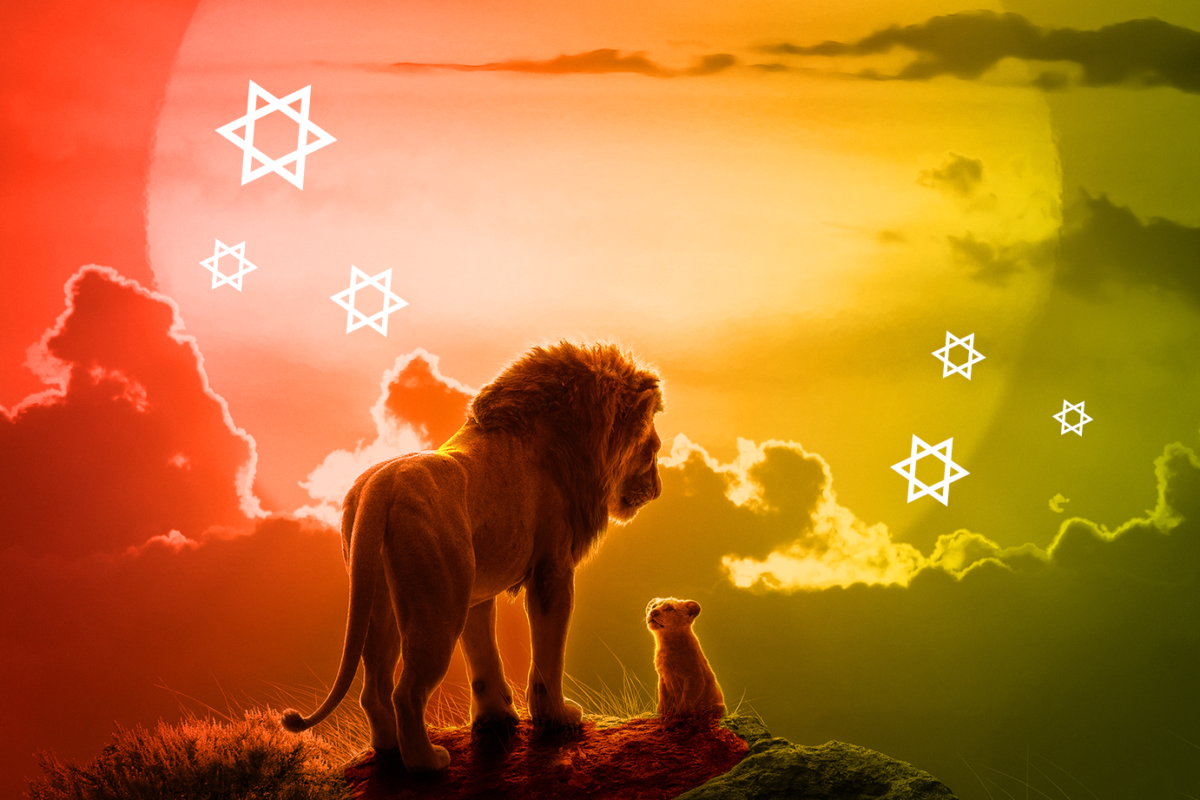 The “circle of life” is nearly complete! After much anticipation, the new Lion King premieres Thursday, July 18. The 3D CGI remake of the 1994 classic stars some of our favorite Jews —  Billy Eichner as Timon and and Seth Rogen as Pumbaa — who are quite possibly the best parts of the movie.

That’s cool and all, but it turns out that the movie has some seriously deep Jewish roots — as in Old Testament deep. Did you know that the story of the The Lion King was inspired by two great biblical figures?

That’s right! The Lion King — which, in 1994, was Disney’s first animated feature that was an original story, and not a retelling of a folk or fairy tale — was inspired by two iconic heroes from the Torah: Joseph and Moses. As O.G. Lion King producer Don Hahn told Blu-Ray.com, both of these biblical underdog stories served as inspiration for Simba’s tale.

Like Simba — who exiled himself from the animal kingdom, which he is destined to rule, after his evil uncle Scar makes him believe he killed his own father — both Joseph and Moses were exiled from their families as young kids. Moses was a just baby when he was put in a basket in the river, which is how his mother saved him from a decree to kill all Jewish firstborns in Egypt. Joseph was a kid when his brothers, who were jealous that Joseph was their father Jacob’s favorite son, sold him to traders who take him to Egypt.

And just like Simba — who makes his home in the jungle with new pals Timon and Pumbaa — both Joseph and Moses find their homes in exile. Joseph becomes a dream interpreter for the pharaoh, and Moses as the adoptive son of the pharaoh’s daughter.

Most significant of all: When when destiny calls, all three characters answer. Simba (albeit reluctantly) helps save his father’s kingdom and rescue its people from an evil dictator. That’s kind of like Moses, who reclaims his place among the Jewish people and leads them out of Egypt — and a bit like Joseph, who brings his brothers to Egypt to save them from a famine he predicted.

Of course, there’s so much more to the stories of these two fascinating biblical characters — and they have inspired some amazing pop-culture creations, too. Joseph inspired the delightfully camp Andrew Loyd Webber musical Joseph and the Amazing Technicolor Dreamcoat (the songs are THE BEST!), while Moses was the subject of the wonderfully nostalgic The Ten Commandments which, in turn, inspired the Jewiest fully animated feature in history: The Prince of Egypt.