What ‘Encanto’ Gets Right About Parenting Multiple Kids 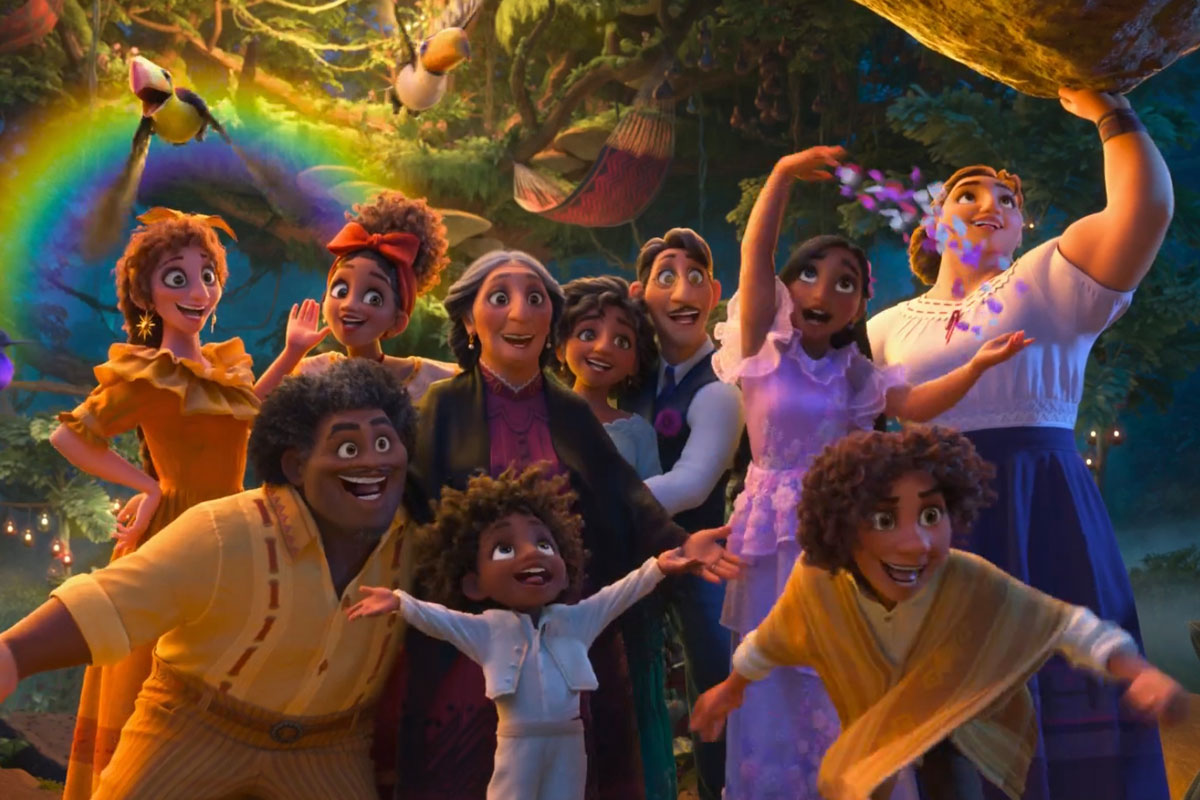 Let’s set the stage: We’re in the thick of the Omicron surge, we’re at home a lot, and at this point, it’s entirely possible that my family has watched “Encanto” more than Lin-Manuel Miranda has (I could be exaggerating, since he wrote the music for the animated movie, but honestly, at this point, I’m not entirely sure that I am). When we’re not watching the movie or sleeping, we’re listening to the soundtrack in the car, assigning parts in the various multi-voice songs among siblings. This is all to say that like most parents of kids of a certain age at this point, I basically have a doctorate in “Encanto.”

And each time I listen to the soundtrack (which thankfully I still enjoy, although that Bruno earworm is relentless), I think more about its relevance to my life. Yes, we all agree I should get out more; let’s move on.

I’m one of four siblings, and I am the parent of six children. It’s been a long life of having a front-row seat at the never-ending production of Siblings On Parade. “Encanto” resonates so much with me not only because of the intergenerational trauma/immigrant story that so many Jews know all too well, but also because of the Which Sibling Are You? Factor.

The very first song in “Encanto” is “The Family Madrigal,” where Mirabel gives a quick intro to the defining characteristic of each of her relatives — their gift. Luisa is physically strong, Isabel is the “perfect golden child,: Camilo is the shape-shifter, etc. etc. It’s fun and light and cute, but the film goes deeper, exploring the idea that we are all more than just our gifts.

Both when I was growing up and as a parent, I have seen that it is very difficult not to pigeonhole children on the basis of a particular characteristic or interest. Despite having hated it so much as a child (“Oh, Jordana is the social one/the reader/the talker”), I find that as a parent, I almost reflexively do it myself. Among my children, my oldest is “the artist,” the next one is “the athlete,” the third is “the writer,” and so on. Part of it is the natural conversational shorthand we all resort to — after all, few acquaintances would want to hear you go into depth about the nuances of a given kid’s personality or interests.

But this shorthand, as “Encanto” makes so clear, is dangerous, preventing us from viewing the whole person. And as parents, I think one of our top jobs is to see our kids for who they are. Often, that means seeing the good, the bad and the ugly — but it also means acknowledging that all kids are shape-shifters in their own ways. I’m not just talking about how I describe children to friends, but also how I think of them in my head.

One of my kids is more likely to be provocative than the others — but I need to actively keep myself from reflexively labeling her as “the troublemaker,” as that isn’t fair to her when most of the time what she’s doing is exemplifying a need to be heard for who she is in a cacophonous house. On the flip side, another of my kids is a clear “pleaser” — but that pigeonholing can make her get undeservedly good treatment in the family’s labyrinthine justice system (by which I mean, my brain when it is caffeinated or uncaffeinated).

I know it’s not Passover quite yet (checks calendar; I’m correct!), but the “Four Sons” thing from the Haggadah always bothered me for similar reasons. Saying that one kid is wise, one is evil, one is foolish — that is surely convenient for the sake of allegory, but it rubs me the wrong way because every one of us is much more multidimensional than this allows. It’s true of sibling stories in the Torah as well: Esau is the brawny one, Jacob is the favorite. Joseph is the hero, his brothers are mostly jerks.

As parents, I think it’s part of our job to try to see our kids not only for who they are, but also for all parts of who they are. In “Encanto,” a magical family had all these gifts, but in focusing on them, they managed to overlook who people actually were, to their detriment (no spoilers, just in case you haven’t seen it).

I called my kids down to dinner last night as the sun was making a spectacular exit in the pink and blue-streaked sky. I heard one of my kids say, “Look, Daddy! Look what God gave you for your birthday!” and it wasn’t the kid I’d expected to say that, but rather, it was “the troublemaker.”

I don’t think about God as often as I should, but I said a silent thank you for the reminder of what I should know all the time as a parent — that the true gift is the chance to try and know these kids, every day, for who they really are and for who they can be.