When the Bar Mitzvah Happens but the Party Doesn’t 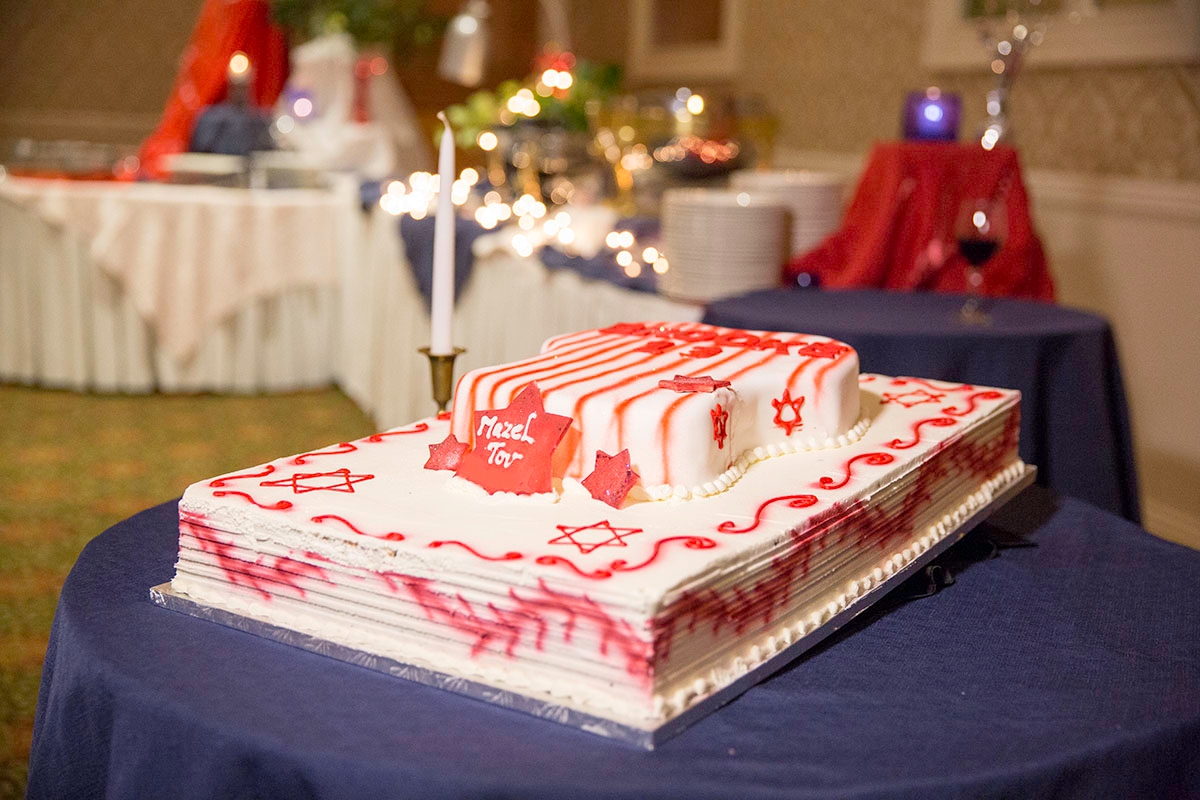 The third time was supposed to be a charm. After all, if I could plan a bar mitzvah for my son with ADHD and a bat mitzvah for my daughter, who is severely disabled, then surely I’d breeze through my mainstream son’s entrance to manhood with aplomb.

I wasn’t worried about his mastery of the Torah portion — his natural musical talent would undoubtedly compensate for the fact that eight years of Hebrew school had rendered him far from fluent. An extrovert through and through, stage fright was off the table. As for the festivities surrounding the main event, I had the caterer and DJ on speed dial from my first two turns as mother of the mitzvah kid.

I didn’t even have to worry about setting the date. That was done years in advance by the synagogue: March 14, 2020. I was so relaxed about the whole thing, in fact, that I even planned a weeklong trip to the other side of the country for late February. I’d heard about a virus wreaking havoc in another part of the world before I left, but I was oblivious to any hint the storm was headed our way.

A few days after I got home, the CDC said Covid-19 might become a pandemic. At the time I was finalizing seating charts and playlists.

And then we were a week out from the bar mitzvah. By then, the Biogen outbreak had happened close by, in Boston, and my friend in New York knew people who had tested positive for Covid. My brother-in-law in Seattle said it might not be safe for him to travel for the occasion.

Meanwhile, the caterer called to confirm we were going through with everything as planned. Cancelling still felt like an overreaction, so we gave him the green light to start cooking.

On Wednesday, the WHO declared a pandemic. And on Thursday, we came to terms with the fact that it would be irresponsible to bring 200 people together for the ceremony and party. We cancelled the party altogether and limited the service to family and a few of our son’s closest friends. We invited everyone else to attend by Zoom — most of our guests didn’t even know what that meant.

The soon-to-be-man of the hour took these abrupt changes surprisingly well. Never mind that he’d been envisioning his party for a year, helping to plan every detail from the flavors of ice cream at the sundae bar to the glow-in-the-dark necklaces and custom cookies with his name scrawled across them. He was OK with cancelling for two reasons: One, we were all getting spooked about the mysteries of Covid, and two, we promised him the biggest, best party just as soon as it was safe to have it.

The problem is, more than 18 months later, we’re still not sure when that will be. And the more time that passes, the stranger the idea of this bar mitzvah party becomes.

For one thing, whenever we have the party, it will be totally divorced from the meaningfulness of the actual bar mitzvah. One could argue that, save for a hora or two, mitzvah parties in general tend to have a secular feel. But this particular soiree will be so far past the main event it will be hard to remember what exactly it is we’re celebrating.

Consider: I recently asked my son if he still thought the synagogue reception room would be the best place to have the party. His response? “It feels a bit Jewy, don’t you think?”

What’s more, I’m not sure if I’m supposed to throw the party I would have thrown then — or if we should reimagine it for who my son is today. Do I keep the original slide show, ending with what-were-then current pictures of a somewhat awkward teen with braces, or do I extend to current shots of him at ease on the baseball field and cross-country trail? Then, he liked hip-hop. He’s now into classic rock so we’ll definitely need a new soundtrack. At 12 he played Pokémon, now he plays Magic the Gathering. (By the time we actually throw this party perhaps it will be poker?) He’s lost interest in the black light and neon centerpieces that clutter our basement; he wants custom skateboards on each table instead. Back then he wanted grilled cheese. Now he’s asking for filet mignon. It’s getting more expensive.

Do I need to include everyone who was on the original invite list — including those who had accepted before we cancelled, even the ones he’s no longer friends with? And what about his new friends? Do we include them in a rite of passage that took place for someone they didn’t know? Is that like inviting college friends to a Sweet 16 celebration?

One thing I know for sure is that the speech my husband and I planned to give will need to be tossed. We’d written, per the rabbi’s instruction, about the person we hoped our son would grow to become — how we wanted him to find the things he was passionate about and continue to be just as curious, kind, engaged and caring as he’d been to that point. Now all that seems superfluous. I look at him now, 18 months later, and know he didn’t need any instructions to become exactly who he was meant to be.

As for scheduling a date, I’m keeping the caterer and DJ on speed dial, but I’ve yet to call either one. The world still seems too uncertain, and when this party finally happens we want it to be maskless and up-close and personal. We’ll need some extra strength to lift him high in his chair while we dance around him — he’s half a foot taller and a good 20 pounds heavier — but the good news is he won’t have braces in the pictures.

Whenever it is, we’ll have so much to celebrate. And for that, it will be much sweeter for the wait.