Why Are Jewish Names so Popular in The Netherlands? – Kveller
Skip to Content Skip to Footer 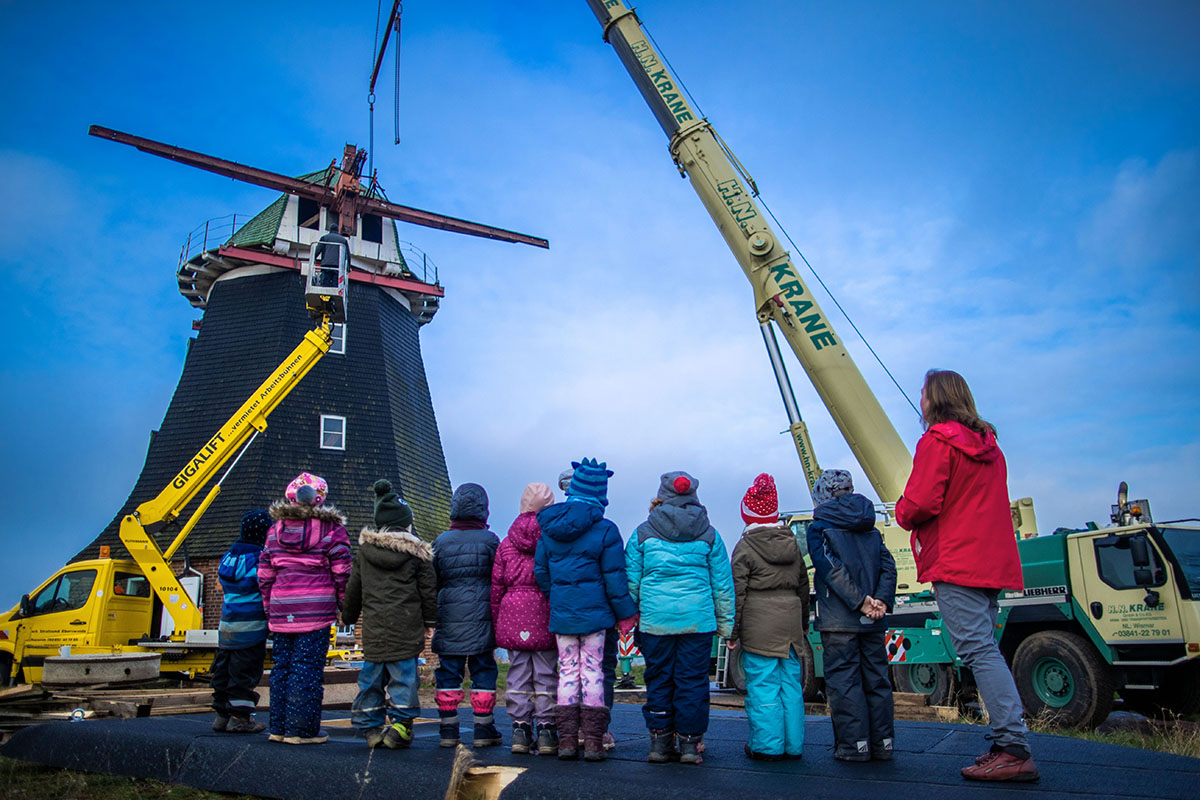 As he lists the names of his many grandchildren, Joop van Ooijen recites what sounds like a roll call at a typical Israeli classroom.

Yair, Yael, Lael, Odelia, Netanya, Yoaz and Shilon are some of his grandkids with modern names, favored by the Israeli middle class. Baruch, Moshe, Elisheva and Yehuda are among the classics, popular with religious Jewish parents all over the world.

But neither the Van Ooijens nor their 16 children are Jewish.

They are a Protestant Christian family in a small town in the Netherlands, which is among a handful of places in Europe where it’s common for non-Jews to have names that are widely perceived as being distinctly Jewish.

In addition to universally-popular biblical names like Simon, David, Ruth and Esther, distinctly-Jewish biblical names seem to be particularly common in devout Christian circles in the Netherlands.

But many Dutch parents who aren’t religious also give their children Jewish-sounding names because they perceive the bible as part of Dutch heritage and are drawn to the short, decisive sounds of Hebrew names. Some parents say those sounds resemble to Dutch ones.

“We didn’t want something foreign and English-sounding, but we also wanted a serious name that carries a certain weight for when the child grows up,” said Jantine Vonk, a 35-year-old mother of two, Aron and Thirza, from the south of the Netherlands.

Vonk added that she believes that many Jewish and non-Jewish Dutch parents share, for various cultural reasons, a preference for short, powerful names with a distinct ring like Boaz and Thirza as opposed to more rounded names such as Ryan and Olivia.

Hagar Jobse, a 34-year-old journalist from Amsterdam who grew up in a secular family, got her name because her parents “just found it pretty,” she said. In Dutch, it is pronounced Hakhar, using a palatal consonant that exists in Hebrew (though not in the name Hagar) and in Dutch.

Jobse says her name elicits mostly curious and positive reactions because it’s exotic in the Netherlands. Arabs recognize it from Hajar, the Arabic-language pronunciation of the name of that biblical figure. “And Spanish speakers have some difficulties with it,” she observed.

But the Van Ooijens have, Joop said.

“There’s a lot of antisemitism in the school system, unfortunately,” he said. “Our children with Jewish names got pestered, some even bullied for it.” Moshe Van Ooijen especially experienced that, his father said, but Arie, Boaz and Sifra also encountered some, he added.

Contacted by JTA, Moshe, who is in his thirties, initially agreed to be interviewed for this article but attempts to reach him have been unsuccessful.

His siblings with typical Dutch names — Gerda, Johan, Cornelis and Andreas — did not experience antisemitic bullying, their father said. The popularity of biblical names has risen significantly since the 1980s, according to the Meertens research institute on society and linguistics.

Thirza, for example, was virtually nonexistent in the 1950s. But from 1990 onwards, at least 20 babies were named Thirza, with the peak occurring in 2000 with about 120 Thirzas. There were about 100 in 2014 named Thirza, a figure from the Book of Numbers from a passage dealing with when daughters inherit the possessions of their late father. (Thirza is also the name of a Canaanite city.)

One of them is Levi Verschoof, a 26-year-old man from Noordwijk, a coastal city situated about 30 miles southwest of Amsterdam. Verschoof, who works for a church group, says he likes his name partly because of its affinity to Judaism.

“When I think of Judaism and Jewish people, I get a positive feeling, so it feels good to have a name connected to that. I feel proud when Jewish people hear my name and react positively to it,” he said, recalling a meeting in 2010 with a rabbi in The Hague who discussed the name’s biblical meanings with him.

Verschoof and his wife named their son Ezra — another name that many abroad view as distinctly Jewish but in the Netherlands is common among non-Jews.

In Belgium, where about 11 million people live, only a few dozen babies are named Levi each year, compared to hundreds in the Netherlands, whose population is 17 million. (Almost all the Belgian Levis come from areas with a Flemish population, whose size is about 7 million.)

Both countries have about 30,000 Jews each, a figure that, in the Netherlands at least, likely does not account for any significant portion of the thousands of distinctly-Jewish names being given to newborns each year.

The name Boaz, which hundreds of Dutch babies receive each year, is given to fewer than 20 newborns in Belgium annually, government records show. Names like Thirza, Sifra and Tamar, which thousands bear in the Netherlands, are too rare to even be listed among the names that have a statistical record in Belgium.

One rare Jewish-sounding name, Bracha, is famous far beyond its prevalence thanks to a well-known movie actress, Bracha van Doesburgh, who is not Jewish. She is one of only 44 Brachas who lived in the Netherlands in 2014. Her children are named Sophia, Kees and Boris. 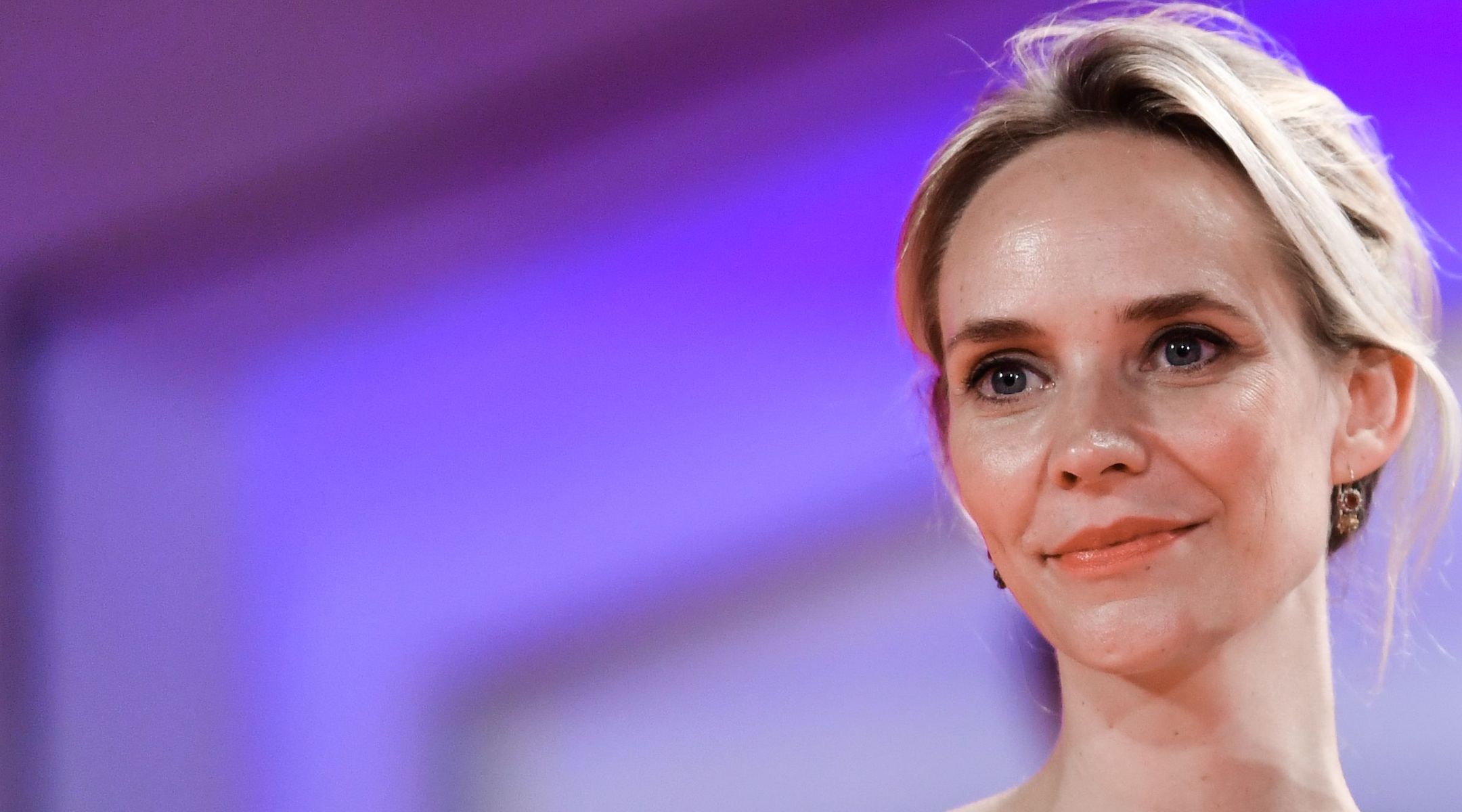 Coincidentally, attempts to measure the prevalence of antisemitic sentiment have consistently shown it is far more common in Belgium, which according to those surveys has a relatively severe antisemitic problem, than in the Netherlands, where expressions of Jew hatred are among the lowest in Europe.

Gerrit Bloothooft, an Utrecht University sociologist who specializes in the study of names and works with the Meertens institute, says he possesses no data on why distinctly Jewish names are relatively popular in the Netherlands, but he believes that Christian religious sentiment accounts only for some of those names.

“I suspect (and it’s only a suspicion) that parents don’t think too much about the Jewish origins of these names (or the potential consequences),” said Bloothooft, who is quoted often in the Dutch media as an expert on names. “Not more than in names like David, Sarah or Judith. People simply think these are pretty names.”

Chris Vonk, the father of Aron and Thirza, says he indeed wanted those names because they sound pretty to him, but he and his wife, Jantine, did consider the consequences.

“Frankly, it’s something we thought about, yeah. We considered the possibility that our children might be teased or pestered because they have Jewish-sounding names,” Chris told JTA. “But we decided to give them those names anyway. Kids will always find something to tease with. So let it be with those names.”