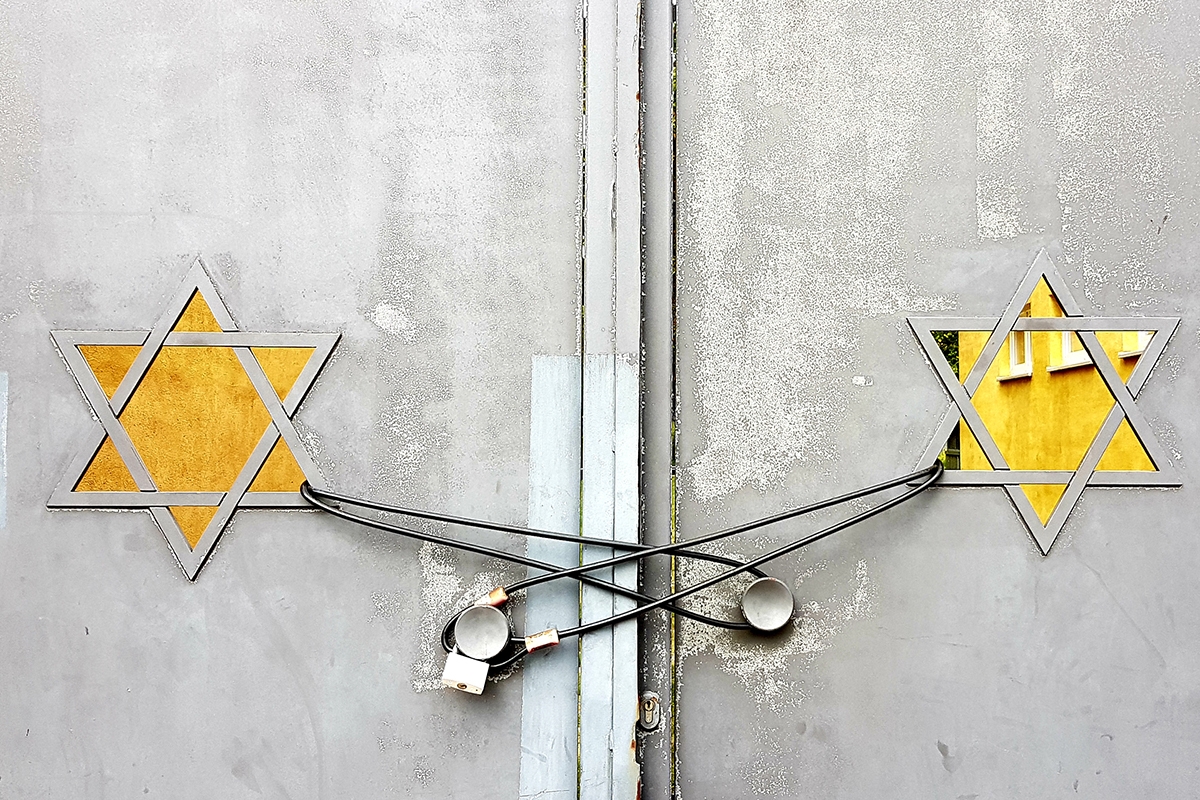 Obviously, these past few weeks have been difficult for so many people, mainly the Palestinians and Israelis who have been enmeshed in conflict and under fire. Thankfully, there’s now a ceasefire that everyone hopes will hold — but the aftermath of the conflict lingers.

I’m not Israeli, and I’m not living in Israel. I’m a Jew, I live in the U.S., and these past few weeks have made me extremely uncomfortable in a way that will persist long after the smoke of the most recent destruction has cleared. There are those who would say that it’s unseemly to talk about these feelings in light of the greater suffering in the Middle East. But if we don’t talk about what’s going on, candidly and openly, I fear for what will come next for us Jews in America.

The fact is, there’s been a tremendous uptick in targeted hate crimes against Jews all over the world in the past two weeks. In the United States, recent violent incidents include an assault on Jewish diners at a kosher restaurant in Los Angeles, a smashed door of a synagogue in Arizona, garbage thrown at a Jewish family in Florida, and a Jewish man being punched, kicked and pepper sprayed in Manhattan — and just today, a smashed window at a kosher pizza restaurant on the Upper East Side of New York City.

I’m thankful President Biden has made an unequivocal statement against antisemitism, and I don’t doubt his sincerity or his intent. And I’m grateful for other politicians who have done the same. However, the reality on the ground is unfolding all around us, both in person and online — and there are those who refuse to discuss it or acknowledge this rise in violent hate against Jews, much less denounce it or condemn it.

That’s how antisemitism grows. And I won’t be complicit, or let it go quietly.

Over the course of the past two weeks, more than 17,000 Tweets were posted with permutations of the idea “Hitler was right.” And despite my efforts to bring these alarmingly frequent incidents to folks’ attention — even posting screenshots of hateful remarks made to me on my own Instagram feed, like “Killing the son of god and subverting nations into a cesspool of sexual deviance and destroying the family home and working to wipe out the white race is unholy and God will have his vengeance (sic)” — I find Jews like me being gaslit, quite honestly, by people I’d consider allies under other circumstances.

Instead of offering unconditional allyship or support, I’m seeing many folks respond to this exponential growth of antisemitism with retorts like “Islamophobia is on the rise” (I’ve not seen any statistics bearing out a sudden dramatic uptick in Islamophobia, and find that this is often stated as an attempt at “whataboutism”). Or, “Actually, you can be anti-Zionist and not antisemitic.” (To that, I say, actually, anyone can criticize the government of Israel — but arguing that Israel has no right to exist seems a lot like antisemitism). Or, “Palestinians are Semites!” (Exactly how is that relevant when I’m telling you about Jews getting beat up, or spat on, or told that “Hitler should have finished the job”?)

I believe in systemic racism. I believe that our nation, built on the scaffolding of enslaving people, has prejudice and stereotypes, at best, and hatred, at worst, baked into its fundamental recipe. And I’m also someone who believes, as a white-presenting Jew, that I should sit back and listen, or be an upstander as needed, when a Person of Color tells me about their experiences with hatred and bigotry. I do not attempt to tell them that they did not experience what they are telling me that they did, even if it’s beyond the parameters of my understanding or my own experience. I am someone who has learned, especially over the past year, what it means to be an ally. I’ve marched, put up signs, had many hard and productive conversations, as well as hard and unproductive ones. I’ve done my own initiatives as an individual, including starting a town-wide reading project where participants read and discuss books meant to open our eyes to experiences not our own, and setting up a town-wide meeting with our local police department to have an open dialogue with our community. I do believe that even one person can make a difference, however small, and try to live my life according to that ideal.

My activism — or that of countless Jews across the land — is not a quid pro quo, by any stretch of the imagination. But I’d be lying if I didn’t say that it does make me wonder: where exactly are our allies now? Why am I being told, as I tell people about targeted violence against Jewish diners on the streets of Los Angeles or New York, or people wearing Jewish stars, “This is complicated”?

It’s been absolutely appalling to see the surge of hatred against Jews, both here and abroad. But what’s making it worse is seeing how those whom we’ve aligned ourselves with in the fight against bigotry in the past have been silent — at best — in our time of need.

These past two weeks have been pretty personal for us Jewish parents. What is more of a gesture of hope in the world, after all, than having a child? For Jews, especially, we have children, in part, out of a sense of carrying on our legacy of heritage, history, and tradition that our ancestors fought to keep alive. Personally, I had six kids, which in darker moments I think of as my own private way of fighting against Nazis, hate, and all those who would put out the flame of Jewish light in the world. And I don’t want to have the hard conversations with my kids, to activate that dormant epigenetic trauma, to introduce them to the realization that in every generation, we’ve had to worry about who would hide us when the shit hits the fan, or where we would go. I don’t want to face the fact, explicitly, that the past two weeks have shown conclusively exactly why the Jewish people so desperately need the state of Israel to exist.  But in the past two weeks, many of us have had to realize what generations before us have realized: it’s possible that, as Jews, we are not safe anywhere.