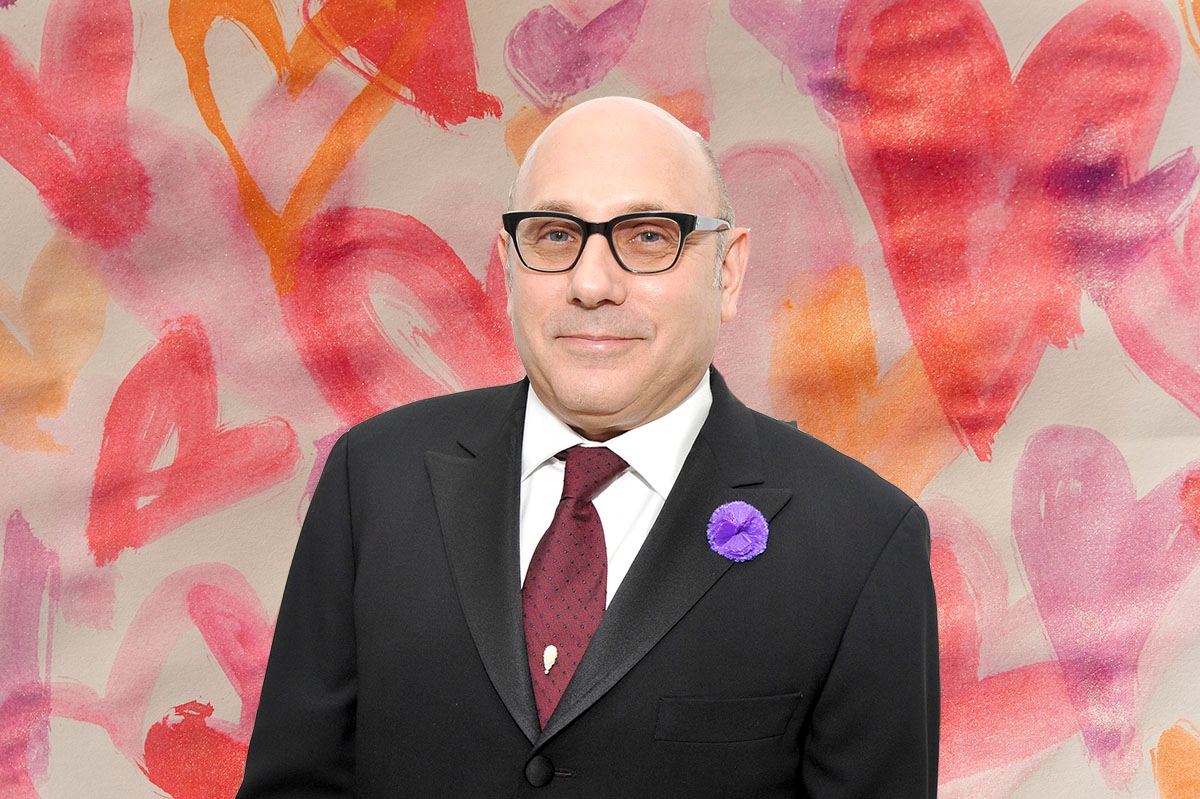 Sometimes, a celebrity death hits you real hard. Sometimes you have such warm, warm feelings for a person you never knew because they gave you so much joy whenever you saw them onscreen. I felt that way when Jessica Walter died earlier this year, and that’s how I feel about the untimely death of Willie Garson, who was just 57 when died of pancreatic cancer on Tuesday.

Of course, everyone loved Garson as Stanford Blatch in “Sex and the City,” Carrie Bradshaw‘s “gay best friend.” Stanford was perhaps one of the most iconic GBFs to ever have blessed the screen — and one of the first openly gay characters on TV. It was a role that Garson, who was straight, took seriously, trying to sensitively honor its historical nature:

“I always felt that there’s nothing worse than straight actors playing gay characters in television and then doing cartwheels to tell people that they’re straight all the time — as if they were gay, that’d be a bad thing. So I always handled this the same way. I say, when I was on ‘NYPD Blue,’ no one ever asked me if I was a murderer,” he once said.

Garson played the admittedly somewhat problematic trope delightfully and infectiously, being both sharp and winning. And yes, he did also get his own story arcs, and even, in the movie, a wedding officiated by Liza Minelli.

Rest in Peace #WillieGarson 💔 Stanford Blatch is so beloved to me and Willie brought him to life so beautifully. What a gift to us all. pic.twitter.com/w2ubvTcESa

I loved Garson in everything — he seemed to appear in all my “guilty pleasure” TV shows, from the crime drama “White Collar,” where he played the Jewishly named but probably not Jewish Mozzie, who has an issue with the 8th commandment (thou shalt not steal, if you need a refresher), to the “Hawaii Five-O” reboot where he played Gershon Hirsch who, like Garson, was a (presumably) Jewish boy from New Jersey.

Watching him on screen would just bring you joy. He didn’t always play the most savory of characters but, with his glistening blue eyes and winning smile, you couldn’t help but think, I’m sure this guy is a total mensch.

Posts from his colleagues and friends after his death seem to prove just that.

I couldn’t have had a more brilliant TV partner. I’m devastated and just overwhelmed with Sadness. Taken away from all of us way soon. You were a gift from the gods. Rest my sweet friend. I love you. pic.twitter.com/Ia4tg1VK1Y

Garson, who was born William Garson Paszamant in Highland Park, New Jersey, was Jewish — even if Stanford was not — and he often reminded people of that on Twitter. He once shared that his strangest job was “selling subscription renewals to Jewish community centers for the OLD Roundabout Theater in NY at 17.” He had a long, fruitful acting career on TV and in film, with recurring roles in shows like “NYPD Blue” and “Supergirl.” In the weeks leading up to his death, he reprised his role as Stanton for the upcoming HBO Max “Sex and the City” reboot, “And Just Like That…”

But, ever the cliched truism, his favorite role was being a father. “Nothing gave him more joy and pride than his son Nathan,” “SATC” co-star Kristin Davis wrote on Instagram in a moving tribute to the actor. It was a role that he auditioned for — along with other seven other families, who all wanted to adopt his son, Nathen, now 20 years old and a college student. Garson was in his 40s the adoption went through in 2010.

Garson considered the adoption day “the best day of his life,” and called being Nathen’s father “the greatest honor of my life.” His social media accounts are full of pictures of the two of them traveling and dining together.

Garson respected the religion that his son was raised in — celebrating Christmas with him. Garson also took it as a mission to help older kids have a safe road and comfortable landing place outside of the foster system, serving on the advisory board of You Gotta Believe.

Nathen turned to Instagram to write an emotional parting message to his father. “I love you so much papa.” he wrote. “I’m so glad you got to share all your adventures with me and were able to accomplish so much. I’m so proud of you. I will always love you, but I think it’s time for you to go on an adventure of your own. You’ll always be with me. Love you more than you will ever know and I’m glad you can be at peace now. You always were the toughest and funniest and smartest person I’ve known. I’m glad you shared your love with me. I’ll never forget it or lose it