I Arranged My Kids' Jewish Marriages. Here's What Happened. – Kveller
Skip to Content Skip to Footer

I Arranged My Kids’ Jewish Marriages. Here’s What Happened. 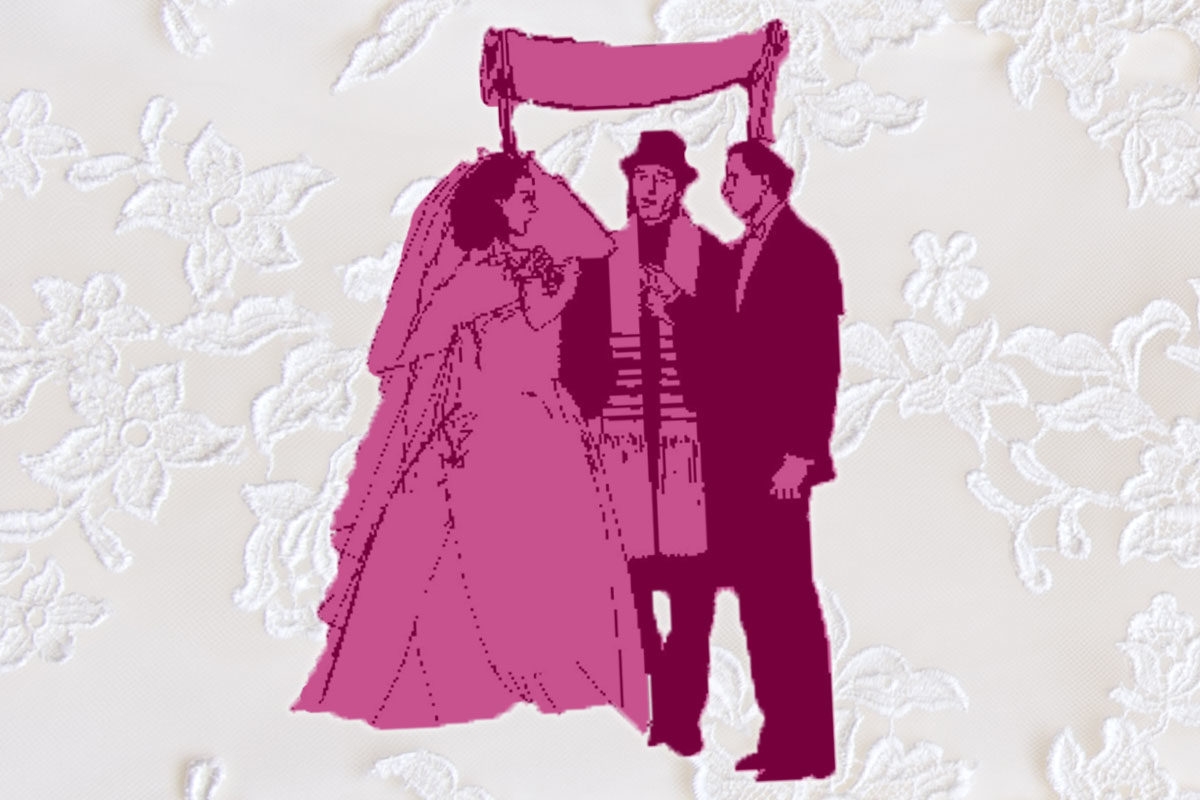 People are always interested in arranged marriages, otherwise known as shidduchim, a common practice in the Orthodox Jewish world. I was, too — I grew up in a typical, assimilated American Jewish family.

I became Orthodox when I was 24, and I myself went on a few shidduchim. Eventually, I was introduced to Mr. Right. Our story went like this: We met on a Friday night, we went out three times that week, and we were engaged by the following Friday. Three months later we were married, and this year we will celebrate 30 years.

That was the extent of my shidduch experience, until my eldest turned 22. Then, the fun began!

Do I really mean fun? Well, it wasn’t quite a barrel of laughs, but there is nothing quite like the adventure of sending your child off on a meeting which results in the formation of new worlds. Because that is essentially what a Jewish marriage is — two halves forming a whole. It is the continuity of Jewish life.

I’ve married off five children, which I suppose makes me somewhat of an expert on the shidduch world. It is a wild ride, with lots of ups and downs, but it is worth it once you get the prize. In other words, once the couple is married, it is a beautiful thing.

There are many layers to a Jewish marriage. It is a structure wherein Jewish life can flourish. Of course, happiness is an ingredient to a successful marriage, but it is not the goal. The word for “love” in Hebrew is ahava. “Hav” comes from the root meaning “give” —  the more you give, the more you love. Marriage is the uniting of two people. The sanctity of marriage creates a firm and lasting love.

And believe me, when it comes to arranged marriages, love grows. The song from Fiddler On the Roof is not a joke: When Tevye asks his wife if she loves him, she really does love him after all those years. And he loves her, too.

Shidduchim work because the parents provide the filter; the idea is that our kids don’t have to “kiss a lot of frogs” before finding their prince (or princess). As a mother, I try to find someone who has the same goals as our family, who will be able to give themselves to the relationship, and who will help raise children with those same principles and goals.

Because the truth is, matchmaking — like marriage! — is a business. For some couples, it may take three dates to decide if they want to spend their lives together; for others, it may take 10 dates or more. The main thing is that they talk. Maybe they’ll eat out or do something fun, but the point of a date is to see if they feel comfortable with each other, if they have the same goals, and if there is physical attraction. Physical attraction is essential, although the boy and girl never touch before marriage.

With my first son, at around the age of 21 or 22, his friends were beginning to get engaged, and therefore he was becoming interested, too. Usually, someone calls the boy’s mother with a name; in my son’s case, his study partner had a relative who was of marriageable age. My son then gave her name to me, and I began looking into her.

Sometimes the candidates have a resume, which usually has references and lists the schools she attended. Maybe it will have a sentence or two describing her interests and what she is looking for in a spouse. Personally, I like to find someone I know who knows the candidate, because then I can better feel out whether he or she will be a good match.

As far as personality goes, I leave that up to my kids. My eldest, who is now almost 29, is a real people person. I didn’t know if he needed an introvert or an extrovert, a funny person or a serious person. Some of my friends feel differently about this — they will look for a certain personality for their child — but qualities like kindness and capability are more important to me.

In any case, the person suggested by my son’s study partner was the first girl he went out with. Like so many shidduch dates, they first met in a hotel lobby where they drank coke and talked.

On the third date, my son and this girl decided to get married. Now, we had to meet with the parents to discuss the financial arrangements — this usually means paying for the wedding, contributing to their rent, and, hopefully, helping the new couple buy an apartment. (In our community, the parents usually provide the down payment and the couple pays the mortgage.) No one we know is rich, but both sides try to help as much as they can. We all have the same goal: We want our children build a successful Jewish household.

It is certainly nerve-wracking to meet the parents, but we don’t have to become best friends. We have never had major disagreements with the parents of the other side, but I know people who literally stopped the shidduch at this point because they could not agree on financial matters.

My eldest daughter’s shidduch went similarly — the boy she ended up marrying was her first, and she was his. They went out about seven times and then decided to get married.

But things were a bit different with my second son. He went out with quite a few girls, and either he didn’t like them, or they didn’t like him. (The nerve! Not liking my son!) It’s no fun to continually go on dates and not feel a “click” with anyone.

After about a year, I decided to step in: I would meet the girls before he went out with them. I know people that do this all the time, in order to spare the child the agony of going out with someone who is not what he or she is looking for. Honestly, I was not sure what I was looking for, but I felt that when I saw it, I would know. Eventually, I met someone I really liked for him — she had a sense of humor yet was serious about religion and the values by which we live. She was self-confident and attractive (yes, beauty is in the eye of the beholder, but I am allowed to have an opinion!) I was excited, but I did not want to influence him too much — after all, he was the one who was getting married, not me.

Well, the short story is: He liked her, she liked him, and they are married.

The next two daughters went out with a few guys, and eventually became engaged after seven to 10 dates. I don’t remember exactly how many times they went out, because it doesn’t really matter. After every date, we would sit down with our child and discuss what happened, how they felt, what they were not sure about, what they liked. Sometimes we would make more phone calls to find out more about the person.

Though I became quite seasoned in the process, each time is a new experience for me. There are always the nerves and the questions: Did I do a good enough job of looking into this person? But another important aspect of a Jewish marriage is that it is made in heaven — meaning, it is meant to be. We do the best we can to find the right match, but on some level it was predetermined. And thankfully, all five of my children-in-laws are gems, and my kids are all happily married.

The idea of a Jewish marriage is to marry someone with whom you can build your life, raise children, and to whom you feel attracted. Marriage is a combining of two people and two families, and It’s a commitment that builds future worlds.

As parents, we try to assist by narrowing down the choices, while giving the child the final word.  In my opinion, the shidduch system is the optimal way to find a compatible marriage partner. Taking into considerations the imperfection of human beings, the system of shidduchim is the best one I know of for beginning the beautiful union of a Jewish marriage.