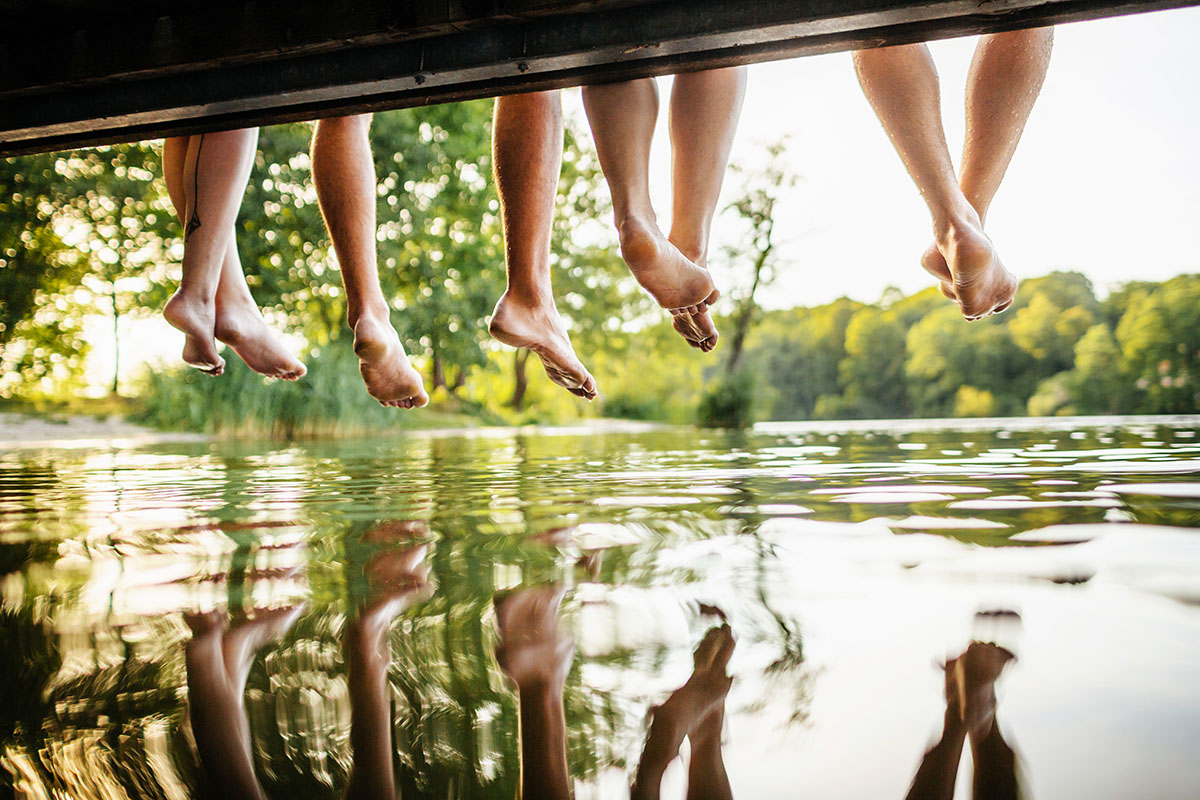 After a year’s delay, my children are finally making their first extended forays into the magical world of Jewish summer camp. It’s something they were practically born into, as my father was a camp director for 30 years, and I spent the first 22 summers of my life sleeping in a bunk somewhere at Henry S. Jacobs Camp in Utica, Mississippi or GUCI in Zionsville, Indiana.

Growing up as a Jew in the Deep South, the bulk of my Jewish identity was formed over those wonderful, humid summers. I became a professional-caliber tetherball player (challenge me if you don’t believe me), an excellent song parodist and a not-too-shabby Israeli dancer. I can honestly say I am probably 90% of the person I am today because of those experiences.

My children are excited to go to camp, but they truly have no idea how their lives are about to change. Aside from fortifying their connection to Judaism and learning some valuable independence skills, I’ve been thinking a lot of all the wonderful things they’re going to learn and experience at summer camp. Here are 10 things I am most looking forward to them taking in.

Our friend’s oldest child came home from camp a few days ago — and it sounds like he added several words to his repertoire. My kids already know a pretty diverse set of cusses, so it’s not so much that they’ll learn new words as much as the pride they will begin to take in saying them. I have a very clear memory of walking to the athletic fields when I was a young camper explaining to my bunkmates just how cool it was to say dirty words. I wish I could say I’ve grown out of that, but alas…

My kids don’t like to rest or nap, but that will change as they age through camp. Rest hour RULES at camp, and every now and again, rain will wash away afternoon activities and create that ultimate camp respite: the all-afternoon rest period in the cabin. Oh my God, what I wouldn’t give to take a two-plus hour nap to the sound (and smell) of hard rain beating down just outside my cabin walls.

Find out who your real friends are on the last night of camp by having them leave you inside joke messages on your pillowcase (or t-shirt, or songbook, or whatever). Years later you will have absolutely no recollection of what the hell they were talking about — but you’ll remember the person who wrote it, and that’s what matters.

My comfort level being naked around my camp friends was inversely proportional to how I felt being sans clothing around my school friends. I would have been mortified to show as much as a butt cheek around my school friends — but at camp we would immediately take down the curtains so we could all shower together. It was liberating. I’d be naked around my camp friends today without a second thought, even if we’re all in our 40s. That’s a kind of openness and comfort you can’t get anywhere else.

5. Dunking people in the pool

There is a power structure at camp, and it begins with who in the unit is the hardest to dunk. Sure, like in any athletic endeavor, there’s an element of brute strength that factors heavily here. But guile and strategy can get you a long way (trust me, I know this first-hand). I’ve already started showing my kids a few of the tricks of the trade. It’s a head start, but they’ll have to develop their own moves if they want to stay above water.

6. Learning what’s cool from your counselors

So many of the things I thought were cool growing up were directly the result of what my counselors talked about and listened to in our cabins. My longtime love of Guns N’ Roses, “The Usual Suspects,” and my alma mater, the University of Texas, were the results of seeds planted by various counselors over the years. What’s more, it didn’t even have to be actual cool stuff for us to think it was amazing. My counselor was in an a cappella troupe in college and we ALL BOUGHT THEIR CDs. Multiple CDs! That’s how much sway a counselor has as a tastemaker.

My kids know how to play War, Go Fish, and some of the other lower-level games. But camp is the place for them to get serious about their craft. Hearts. Spades. Egyptian Ratscrew. Euchre. Speed. Spit. Rummy 500. Learn them all (and more), and never lack for something to do with your friends for the rest of time. We played these games all the time in the bunks, and it never got old. In fact during quarantine I reconnected for a weekly online Hearts game with my camp friends.

I wouldn’t consider myself an avid arts-and-crafter, but I accessorized heavily over the years with a variety of bracelets and necklaces that I fashioned at camp. Impress your friends by being able to weave yourself a spiral, six-color lanyard bracelet and carry that shit around like it’s a Gucci bag! I made a fimo-bead necklace in arts and crafts in 8th grade and I’m pretty sure I was still wearing it as I left for college.

Saturdays are coming, kiddos, and when it’s Shabbat at camp you can do almost literally anything you want, ALL. DAY. LONG. Want to skip rocks in the lake for seven hours? Give it a whirl. Every camp should have someone dress like Willy Wonka and come out on the morning of the first Saturday and sing “Pure Imagination” to drive home the point that you are, for the first time ever, in complete control of how you spend your time. Enjoy it, because once you get home, Saturdays will strictly be about birthday parties and soccer games once again.

10. How to make something out of nothing

Possibly the most underrated skill you’ll develop at camp is the ability to turn anything —  literally anything — into something competitive and/or amusing. One summer we created a game called Buttball that consisted of rolling up our socks into balls and seeing who could land them directly on the posteriors of people sleeping on couches across the staff lounge. I concentrated as hard on that as I did on the SATs. The overreliance on screens is an issue for all of us — adults and kids alike — but there’s a lot of downtime at camp, and for once you’re not gonna have a video game or YouTube reaction clip to keep your interest. You’re gonna have to have to figure out how to entertain yourself, and honestly I’m not sure if there’s a more valuable tool to have in your belt the rest of your lives.