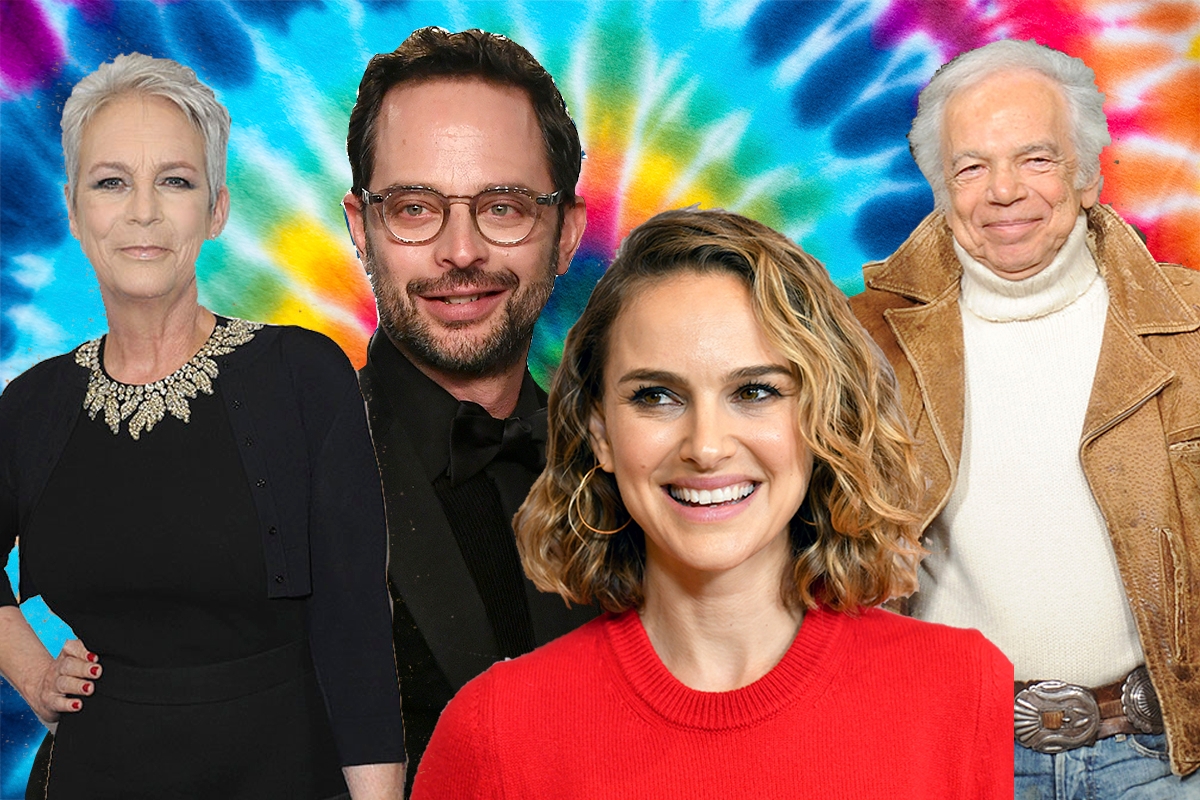 For so many of us, going to summer camp as a kid helped form our Jewish identities. Jewish camps, in particular, can provide incredibly meaningful experiences: In addition to being a total blast, camp is a place for young Jews to learn more about themselves and their heritage, to explore new aspects of their Jewish identities and, of course, to meet other Jewish kids. I, for one, would not have the same connection to Judaism today (nor the same vast knowledge of silly Hebrew songs) without my experience at Jewish sleepaway camp!

It turns out that many Jewish stars feel the same way. Along with providing a foundational Jewish experience, many Jewish celebs also cite their summer camps as a source of creative inspiration. Honestly, what could be better than that?!? Read on for our list of Jewish celebrities who had formative experiences at summer camp.

Jewish rock legend Bob Dylan — born Robert Zimmerman, the son of Jewish immigrants from Odessa — went to Herzl Camp, a Zionist camp in Webster, Wisconsin. According to JTA’s Jewniverse, the summer camp is also where he learned to play guitar, piano, and harmonica and, according to some sources, it’s also where he wrote his first recorded lyric. It seems Dylan fans owe Herzl a big “thank you!”

A Minnesota native, the Jewish songstress actually got her start at the same camp as Bob Dylan! Later, in the early 1970s, Friedman became also the songleader at another Wisconsin camp, the Reform Jewish camp Olin-Sang-Ruby Union Institute — which was where she began songwriting and creating the Jewish hits we know and love.

“Dear Evan Hansen” star Ben Platt — along with his angelic-voiced brothers Henry and Jonah Platt — grew up going to Camp Ramah in California, a Conservative Jewish camp. Platt has said that the camp was “the first place that I was allowed to decide for myself what kind of Jew I would be.” What a beautiful sentiment, and one that’s surely relatable to many camp alumni.

OK, Jamie Lee Curtis may not have gone to Jewish camp herself, but she is the co-creator and co-star of Audible Original podcast “Letters from Camp” — in which her goddaughter also stars. The podcast chronicles the adventures of an 11-year-old girl at a sleepaway camp. The fictional camp is based on Camp Kohut, a camp in Maine created by a rabbi. Clearly, Curtis sees camp as an opportunity for creative development, and we agree!

Jewish TV and radio host Larry King, who died in January, went to one of the oldest Jewish camps in the U.S.: Surprise Lake Camp in Cold Spring, New York. This Hudson Valley camp, a hub for Jewish kids of all backgrounds and sects, is something of a who’s who of Jewish celebrities! Other Surprise Lake alumni include multi-talented performer Eddie Cantor, Jewish actor Jerry Stiller, “Catch 22” novelist Joseph Heller, Israeli-American Kiss rocker Gene Simmons, AND “Sweet Caroline” songwriter Neil Diamond! Diamond actually told the Wall Street Journal that the camp was where he “fell in love with folk music.” Thanks, Jewish camp!

“Lean In” author and Facebook COO Sheryl Sandberg  went to URJ Camp Coleman in Georgia growing up. In a video last year, Sandberg commented that the camp taught her Jewish values, the importance of Jewish identity and what it meant to be Jewish.

Jewish comedian Sarah Silverman grew up going to Camp Kenwood & Evergreen — a non-Jewish camp with lots of Jewish campers — and a place that became central to her comedy. She mentions in her standup as well as in her memoir — aptly titled: “The Bedwetter: Stories of Courage, Redemption, and Pee” — that wetting the bed at sleepaway camp was an incredibly formative experience. We feel for you, Sarah.

The famous Jewish fashion designer (born Ralph Lifshitz) grew up going to Camp Massad in the Pocono Mountains of Pennsylvania. Perhaps the beauty of the mountains inspired some of Lauren’s best-selling designs?

Jewish mom and Israeli actress Natalie Portman attended the Usdan Summer Camp for the Arts, which was formed by and continues to be partially funded by UJA-Federation of New York. Later, Portman also went to Stagedoor Manor, a theater camp where other Jewish stars like Ben Platt and Beanie Feldstein spent some summers.

“Big Mouth” co-creator and new Jewish dad Nick Kroll used his sleepaway camp experience to inform some episodes of his new show. Kroll went to Camp Wildwood (a boy’s camp in Maine), and then to a camp he called “J-E-W dash I-S-H” with his “Big Mouth” co-creator Andrew Goldberg. These experiences inspired the pair’s cringe-worthy Season 4 episodes about sleepaway camp.

Jewish actor, pottery artist and comedian Seth Rogen grew up going to a Jewish camp in Vancouver: Habonim Dror Zionist youth movement’s Camp Miriam. His experiences at camp also inspired him to join in the fun in the camp episodes of “Big Mouth;” Rogen and Kroll are longtime pals. Clearly, camp brings people together — even if they didn’t attend the same camp!

Jewish “Booksmart” actress went to Stagedoor Manor theater camp, and feels passionate about the impact camp can have on kids. (After all, camp is where she formed her best-friendship with Jewish actor Ben Platt!) She told Alma she would own a summer camp if she wasn’t an actress: “I love camp. My parents met at camp, and both sets of my grandparents met at camp, so camp holds a deep place in my family’s heart. I went to camp for 10 years and it was the best. I’m such a summer camp person.” We feel this!

Jewish singer and dad Adam Levine also found foundational creativity at his summer camp. At French Woods Festival of the Performing Arts Camp in the Catskills — an area with a rich Jewish history — Levine started his band, Maroon 5, with his friend Jesse Carmichael. The band was originally called Kara’s Flowers. We like the new name a bit better.