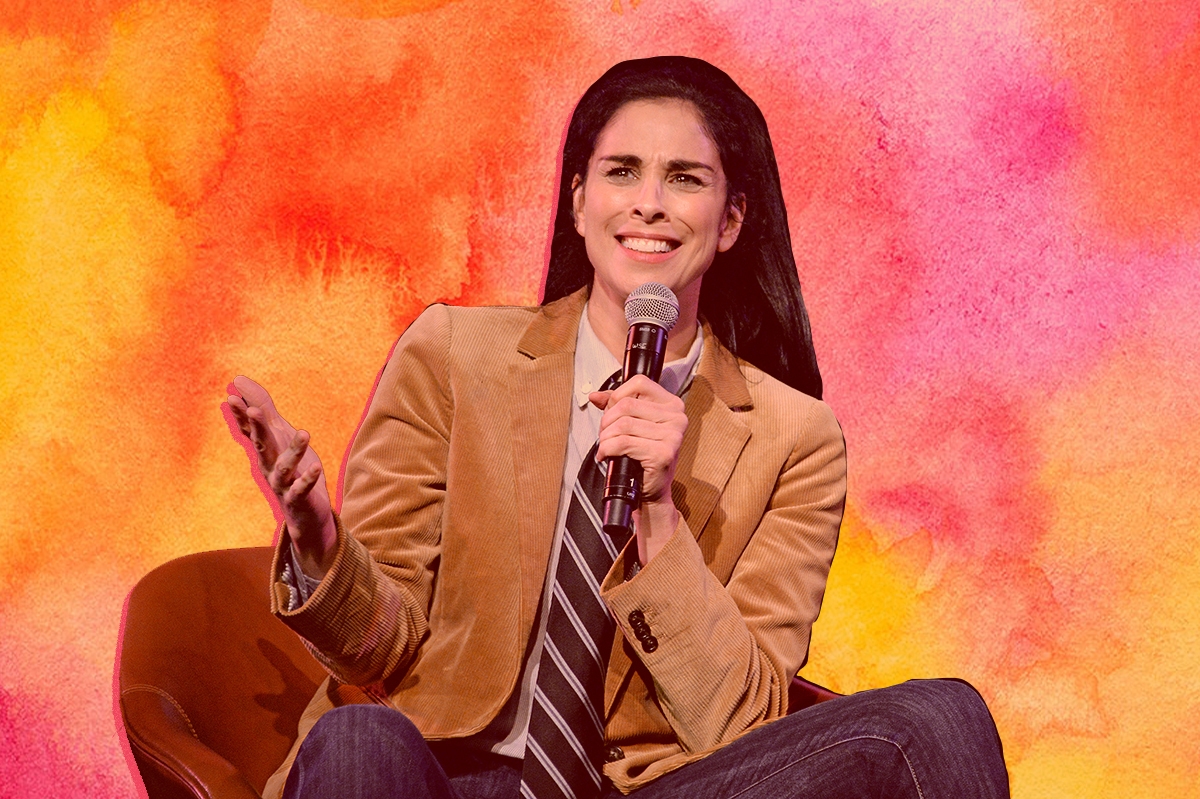 Here at Kveller, we are always here for comedian Sarah Silverman’s discussions about her Jewish identity, whether she’s being laugh-out-loud funny or 100% serious.

On her weekly podcast, The Sarah Silverman Podcast, the comedian covers a wide range of topics, from politics to being friends with your ex to whether or not she actually is a morning person. She also tends to discuss Jewish topics and Jewish identity quite a bit, even at unlikely times. Take this week’s episode, “Death Creeps in Through the Gums” —  in a bit about the importance of flossing, Silverman adds, “Hashem granted me with beautiful teeth.”

In an episode in early March, the conversation took an especially sincere turn. In “Kevin Hart, Allies, New Swoosh City,” Silverman, 50, got real about her personal experiences with antisemitism — with a smidge of humor sprinkled in, of course —  as well as the Jewish community’s need for non-Jewish allies.

In a five-minute clip that can be seen on both her Instagram and her Facebook page, Silverman delves into what it was like being one of the only Jewish kids at her school. Silverman grew up in Manchester, New Hampshire and, while the town had a meager Jewish population, she encountered antisemitism on the regular.

As Silverman says in the podcast: “‘Jew them down’ was a very common verb where I lived, and it was, um, not comfortable.”

Silverman says she was familiar with this offensive phrase throughout her childhood, and first spoke out against it in high school, when she performed standup at an assembly. (Who knew her comedy career started so early?!) During her routine, Silverman remembers that she “did one of those hard turns into serious, where I had them laughing, and then I was like, ‘Jew isn’t a verb. It’s me, your friend.’”

Fortunately, after she spoke up, Silverman adds that, subsequently, the use of this term — which, according to JTA, means “to haggle or bargain for a lower price than originally agreed upon” and was born out of antisemitic tropes from medieval times about Jews being cheap or hoarding money — decreased at her school.

But lest we all think her experiences with antisemitism was just a “childhood thing,” Silverman clarifies it’s been anything but. For example, she recalls how, at a recent outdoor standup show, a newer comedian (who was not Jewish) made a joke: “All Jews already have vaccines because they know people.” Silverman says “everyone laughed and no one had a problem with it.”

Silverman then contrasts the assumption that “Jews can take care of themselves” or that Jews “don’t count” within a larger willingness among many people who aim to be respectful to others and politically correct. She says she read the recently published book, Jews Don’t Count by David Baddiel, which digs into why antisemitism is often left out of conversations about prejudice. British politics editor Stephen Bush reviewed the book in The Times UK saying, ”’It is so gripping — I read it in a single sitting, despite disagreeing with large parts of it.”

Baddiel — an author who, like Silverman, is also a comedian — goes into depth about the widespread belief that all Jews are rich, and how that’s antisemitic. As Silverman notes, not only is this simply untrue, but “wealth does not protect anyone from racism.”

Silverman notes with visible emotion the story of Baddiel’s family, who owned a brick manufacturing company in Germany. Despite their wealth, Baddiel’s entire family was kidnapped and executed at Nazi death camps. Only Baddiel’s grandmother escaped and survived the Holocaust. Silverman reflects that stereotypes about Jews’ relationship to money are “not harmless — they lead to action,” pointing out that some of these damaging tropes got people on board with Nazism.

After joking about how her podcast has become very “Jew-heavy,” Silverman then makes an assertive call to her audience: “So stop rolling your eyes and be our allies. We all need each other.”

This is not the first time that Silverman has spoken up about her Jewish identity. Back in November, Silverman spoke on The Howard Stern Show about the casting of non-Jewish actresses in film and TV to play leading Jewish characters. Emphasizing her familiarity with antisemitic tropes, Silverman commented, “Like, the parts I get to play, you’re either a sassy friend of the main character, who’s just in charge of exposition…” she says, “or you’re this c**ty girlfriend before the guy realizes what love really CAN be, or you’re that guy’s book agent, or scumbag executive.”

Clearly, Silverman’s experiences growing up and working in Hollywood have exposed her to antisemitism from many angles. Thank you for speaking out, Sarah. We look forward to hearing more of your thoughtful commentary soon.