14 Scintillating Jewish Facts about ‘Sex and the City’ 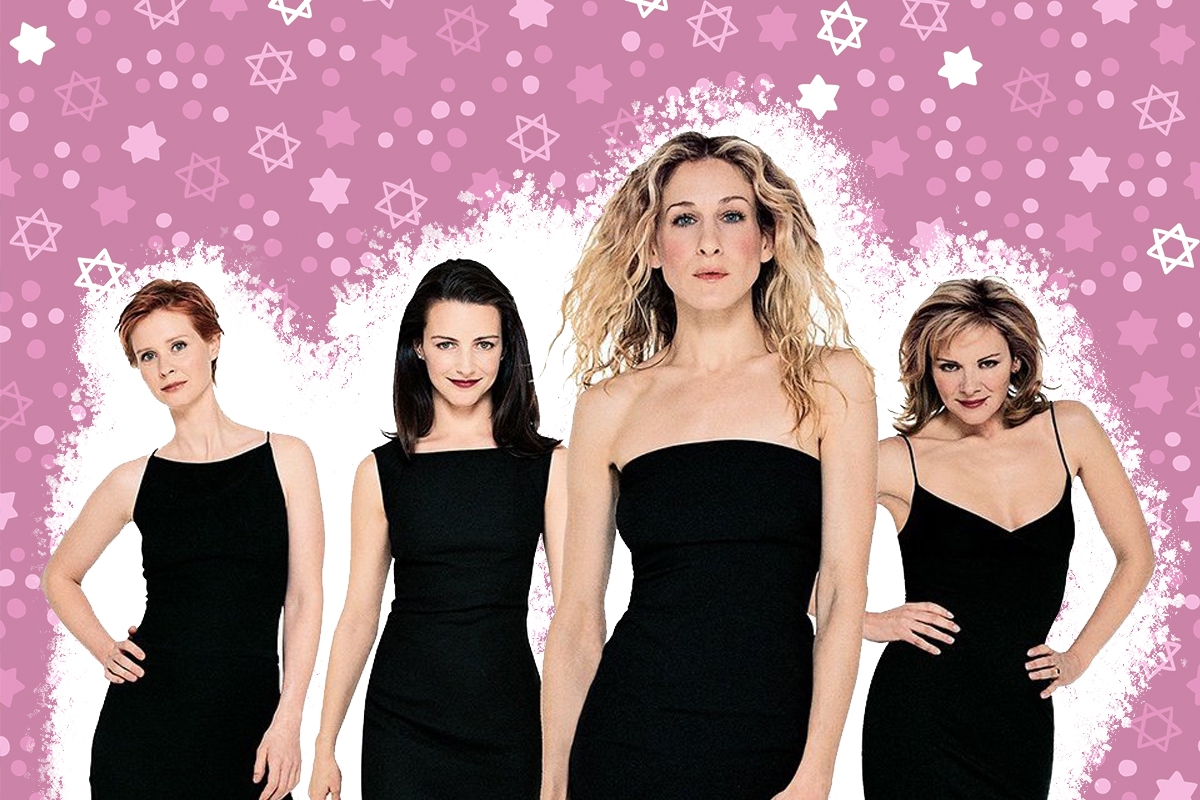 I recently started rewatching “Sex and the City” in anticipation of the upcoming sequel, “And Just Like That…” landing on HBO Max on December 9, and couldn’t help but wonder (I’m very sorry)… Why did the show get Jewish representation oh-so-wrong?

From a fetishizing scene about an affair with a Hasidic artist, to making fun of unattractive hairy Jewish men (we love you, Harry Goldenblatt!) to employing every Jewish stereotype in the book when it comes to Charlotte’s conversion to Judaism, the Jewish representation in “Sex and the City” is truly a cringefest.

To be fair, the extent of my wondering about why this happened took way less than a 30-minute episode of the HBO cult hit. Watching SATC through 2021 glasses, it’s clear that there are a lot of things the show gets wrong. In almost every episode, you will find a very uncomfortable moment that will make you glad we’ve at least had some progress since its debut in 1998. From jokes about critic Michiko Kakutani’s name to the show’s use of stereotypical Black characters to some latent transphobia and homophobia, there are quite a few parts of “Sex and the City” that have aged very, very poorly indeed.

And yet, there are so many things that “Sex and the City” got right — so many lovely kernels of truth about relationships and sex that, even 20 years after the show first aired, had me nodding at them as if they were a rabbinical sermon (the actual rabbinical sermons in the show are, however, borderline antisemitic trash).

The truth is that the show, based on the Candace Bushnell books, was a groundbreaking piece of TV that dished a lot of illuminating truths about what we get right and what we get wrong when it comes to passion and romance.

Then there’s the chemistry between the women in the show, one that has scarcely been replicated in any series since. Carrie Bradshaw (Sarah Jessica Parker), Charlotte York (Kristin Davis), Miranda Hobbes (Cynthia Nixon) and Samantha Jones (Kim Cattrall, who will regrettably not be a part of the sequel for… reasons) are the holy Quadrinity, and we all know that revealing ourselves to be a “Charlotte” or a “Miranda” is basically baring our soul.

And of course, Jewish star Sarah Jessica Parker’s totally winning charm makes anyone watching her giddy with joy. And yes, despite the fact that Harry Goldenblatt, Charlotte’s Jewish husband, feels very much like a Jewish stereotype, and hardly a very flattering one at that, he is also a total sweetheart.

And just like that… I was willing to forgive — though definitely not forget — the crimes of “Sex and the City.” Here’s hoping that “And Just Like That…,” with its diverse cast and 2021 release date, will help make the process of forgiving even easier.

In the meantime, let us revisit some actually fun Jewish facts about the original series:

1. Darren Star, the showrunner of “Sex and the City” and the man behind such hits as “Melrose Place,” “Beverly 90210,” “Younger” and, um, “Emily in Paris,” is Jewish. Star, who grew up in Maryland, spent part of his bar mitzvah money on a subscription to Variety. That investment has most certainly paid off.

2. Carrie Bradshaw is possibly Jewish? Back in 2013, Star said the protagonist could be Jewish, despite any explicit references to her heritage throughout the series: “Carrie Bradshaw, in many ways, can be considered a Jewish character. She wasn’t specifically written as a Jewish character, because there was a universality to her, but a lot of her qualities people would attribute to someone who is Jewish. But it wasn’t necessary to define her as any religion.”

3. Of course, the woman who plays Carrie is Jewish — Sarah Jessica Parker is a Jewish mom of two, and married to Matthew Broderick, who is also a Jew. Parker’s father, Stephen Parker, was Jewish and his original family name is “Bar-Kahn” (“son of Kohen”). In 2019, the mah jongg enthusiast visited Israel and even prayed at the Western Wall.

4. Carrie’s GBFF, Stanford Blatch, is played by Willie Garson, who was Jewish. Garson, who passed away this year at age 57 from pancreatic cancer, was an amazing dad to his son, Nathen, and a loyal and beloved friend to his fellow castmates. Luckily, he managed to shoot some scenes for the sequel before his passing, so we get just a little bit more of Stanford Blatch.

5. Magda, Miranda’s powerhouse babysitter, is one of my favorite “Sex and the City” characters. She was played by Jewish actress Lynn Cohen. The incredible actress is also known for playing Mags in the “Hunger Games” franchise and Golda Meir in “Munich.” Cohen passed away in 2020 at age 86 — and her co-stars remembered her in moving social media post.

6. Cynthia Nixon, who plays Miranda, is not Jewish, but her kids are. Nixon’s two kids from her first marriage with Jewish teacher Danny Moszes were raised in the Jewish faith and had bar mitzvahs. The family is a member of Congregation Beit Simchat Torah in Manhattan. Nixon also recently celebrated Hanukkah with a very appetizing-looking sushi menorah:

7. Both Cynthia Nixon and Sarah Jessica Parker have what some might call controversial bagel orders. Nixon went semi-viral during her gubernatorial run for her order of lox, cream cheese and capers on a… cinnamon raisin bagel. And SJP loves her bagel toasted (gasp!) with butter, Grey Poupon and salami. No boring bagel orders here!

8. Before dating Harry Goldenblatt, it is revealed in season one that Charlotte had an affair with a Hasidic folk artist, whom she visits in his Brooklyn studio. She compliments him on a painting of his yeshiva, and Carrie narrates in voiceover: “Charlotte quickly became intoxicated by his talent, his strangeness and the smell of his wool.” Like I said: cringefest.

9. But then, of course, we need to talk about Harry Goldenblatt, Charlotte’s Jewish husband, a bald, “ugly” (according to Charlotte, not me!), hairy, schlubby but immensely loveable divorce lawyer for whom she converts to Judaism. Goldenblatt is played by Jewish actor Evan Handler, who, like his character, is more of a secular Jew.

10. Rabbi Minsch, with whom Charlotte takes conversion lessons, is played by Pierre Epstein, who is a French American Jewish actor. He once spoke to The Moth about his uncle Igor, who his father helped bring to New York after he escaped from Nazi-occupied France.

11. Quite a few famous Jews showed up in episodes of “Sex and the City” as themselves — including Carrie Fisher in “Sex and Another City,” former mayor Ed Koch in “The Real Me” and Isaac Mizrahi in “Plus One is the Loneliest Number.”

13. There were also a lot of Jewish writers, directors and producers behind the scenes of SATC, including Elisa Zuritsky and Julie Rottenberg, who back in 2014, sold “Yank,” a show about a stand-up comedian who is secretly an ultra-Orthodox Jew, to Showtime. Unfortunately, that show never came to fruition, but it does sound like it could have been very fun.

14. Lastly, Jewish mom Jenji Kohan, the creator of “Weeds,” “GLOW” and “Orange Is the New Black,” wrote the story for the episode “The Power of Female Sex.”