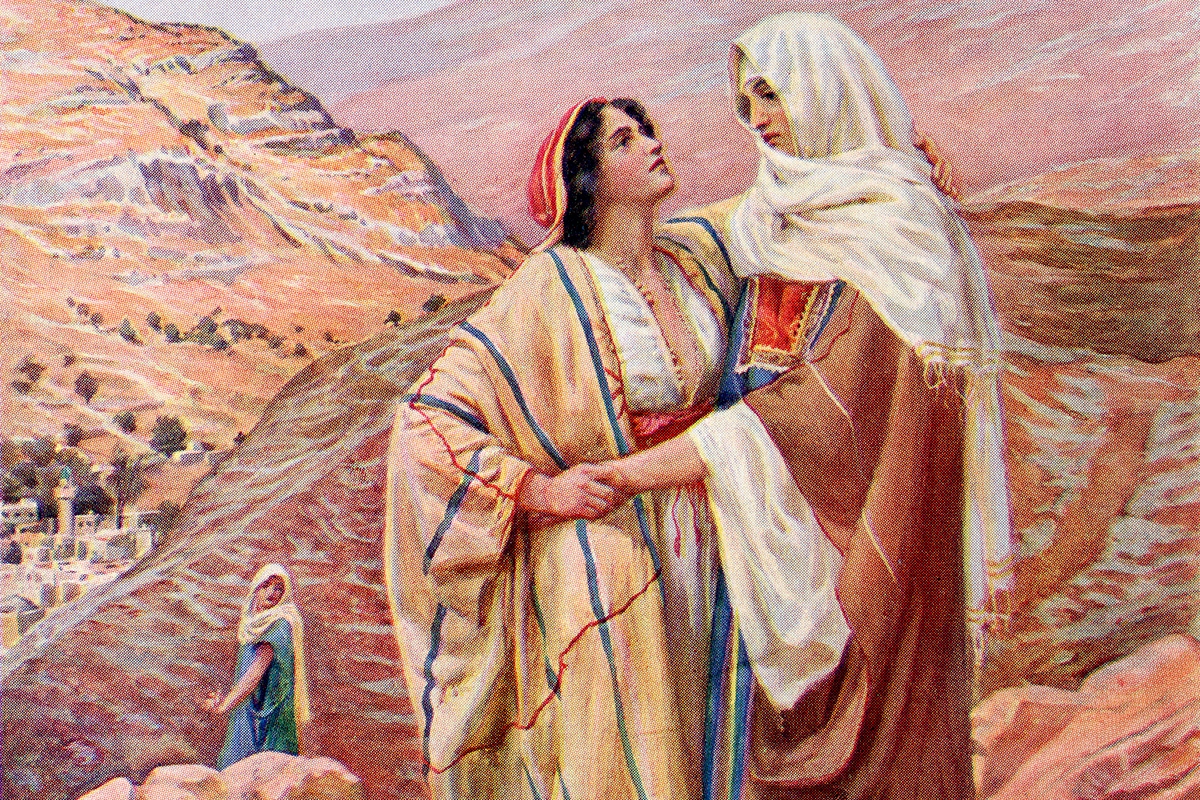 Cut me a double slice of cheesecake — Shavuot is nearly here! Shavuot, which this year is observed from sundown on May 16 through May 18, is both an agricultural festival and a commemoration of the giving of the Torah to the Israelites on Mount Sinai… in the most basic of terms. It is perhaps the most important Jewish holiday many Jews have never heard of.

Shavuot is rather multifaceted; its date, significance, traditions, and evolution are filled with holiness — and many unknowns. Ask three Jewish educators why it’s customary to enjoy dairy delicacies on Shavuot, and you will indeed get three (or four) different answers. Even the pronunciation of the name is disputed. In other words, it’s the quintessential Jewish holiday!

So, thaw the blintzes, brew enough coffee to get you through an all-night Torah session, and enjoy these lesser-known facts about this sacred festival:

Well, it depends on who you ask. Broadly speaking, Sephardi Jews (Jews whose ancestry can be traced to the Iberian Peninsula) pronounce this holiday “Shavuot.” Ashkenazim (Jews originally from Eastern Europe) call it “Shavuos.” But why? The Hebrew word is spelled שבועות — the discrepancy is over the last letter, whether its “tav” or “sav.”

“Tav” is the last letter of the Hebrew alphabet and is written with or without a “dagesh,” a dot in the middle of the letter. Sephardi Jews pronounce it as a “t” sound, regardless if there is a dot or not. For Ashkenazi Jews, the “tav” with a “dagesh” makes a “t” sound. A “tav” without a “dagesh” changes the “tav” to a “sav” and therefore also changes the pronunciation to an “s” sound.

Now here comes the really confusing part: As Jewish scholar Jeff Kauffman explains, when Eliezer Ben Yehuda (one of the founders of modern Hebrew) arrived in Palestine in 1881, Jews of all origins were already living there, and therefore spoke Hebrew with different accents. When communicating among different Jewish communities, however, a Sephardi-accented Hebrew was employed. Upon Israel’s establishment in 1948, modern Hebrew adapted the preferred Sephardi accent, and “sav,” among other Ashkenazi pronunciations, were given the boot (or rather, the boos).

Over time, American Hebrew schools and institutions adapted the universal teaching of the Sephardi pronunciation in support of Israel, which is why many American Ashkenazi Jews pronounce Shabbat with a “t” instead of saying Shabbos with an “s.”

2. Shavuot celebrates two distinct things, but only one can be found in the Torah.

Shavuot, or “Feast of Weeks,” began as a harvest holiday.  Rabbi Michael Strassfeld explains the biblical origins as the agricultural anniversary of the end of the grain harvest. It is one of three Pilgrimage Holidays — in addition to Passover and Sukkot — and also marked the earliest date Jewish males could bring their first fruits (known as “bikkurim”) to the Temple in Jerusalem. Spoiler alert: This is the part of the holiday that is in the Torah!

Jewish scholars believe that after the Second Temple was destroyed in 70 CE, Shavuot gradually shifted from a harvest to a religious holiday that’s associated with perhaps the most significant event in Jewish history: God’s giving of the Torah to the Israelites at Mount Sinai. Without a centralized Temple to offer plant and animal sacrifices, the Jewish community adapted and renewed the original holiday with great religious purpose and ritual.

3. God’s giving of the Torah on Mount Sinai was witnessed by all Jews, past, present and future…

Why is this so important? Rabbi Lawrence Hajioff teaches us that this communal revelation is unique to Judaism. Having the entire Jewish population; in every era and place, past and future receiving the Torah from God, we are all held accountable and blessed by its teaching.

4. Shavuot is the only biblical holiday that did not originally have a set date.

Shavuot is celebrated exactly seven weeks (“shavua” is the Hebrew word for week) from the second night of Passover. The holiday’s date was therefore always based on when Passover fell on the lunar calendar and fluctuated between the 5th and 6th day of the Hebrew month of Sivan. Since the official formation of the Jewish calendar, Shavuot is celebrated only on the 6th of Sivan in Israel and on the 6th and 7th of Sivan outside of Israel to make sure we celebrate on the right date!

5. The customs associated with Shavuot are a college student’s dream!

Pull an all-nighter with study buddies while chowing down on ice cream and banana pudding? Sign me up! Rabbi Dr. Harvey Belovski explains that after the sun has set on the first evening of Shavuot, it is traditional to study Torah and other related Jewish scripture all night long. In the morning, we hear the chanting of the Ten Commandments from Exodus 20:1-14. We also enjoy eating dairy foods (more on this below). We continue our studies of the Hebrew bible with the reading of the Book of Ruth on the second day of Shavuot.

Consistent with many aspects of this holiday, there are many theories for why we study Jewish scripture throughout the night. The most humorous is a Midrash (a story written by the rabbis to help explain the Torah) found in Pirkey DeRebbi Eliezer 40 that tells of the Israelite nation oversleeping the morning they were to receive the Torah by God! To overcompensate for such a mistake, we stay up all night long studying our scripture.

6. Shavuot is all about dairy. But why?

There are numerous explanations, but I wish to highlight two (and then share my own!): Jewish writer Lesli Koppelman Ross explains that because the Israelites had just been given the Torah, including the laws of kashrut, they were now obligated to abide by its rules. The meat they had already prepared before the revelation was now deemed not kosher. It therefore would have taken them too long to prepare newly koshered meat, and hence a dairy meal was enjoyed.

The second comes from a kabbalistic (Jewish mysticism) interpretation. Each letter in the Hebrew alphabet has a numeric value; after forming words, the values of these letters are added together to find hidden holiness and connections. The word “halav” (milk) is spelled “chet” (ח=8) “lamed” (ל=30) “vet” (ב=2) for a total of 40.  I’ll give you three guesses as to how many days it took Moses to ascend Mount Sinai to receive the Torah… Anyone? Yup! It was 40!

These explanations are thoughtful and traditional. However, I’m convinced we eat dairy on Shavuot simply because every other food group was already taken! Fruits for Tu B’shvat, fried foods for Hanukkah, silly sweets for Purim, matzah for Passover, challah for Shabbat and nothing on Yom Kippur. Seriously, what else was left?!

7. Women are once again highlighted and commemorated on this holiday!

The Book of Ruth is traditionally read on the second day of Shavuot. Jewish scholar Adele Reinhartz teaches that there are (once again) several reasons Ruth is the literature of choice, from its setting during the harvest season to the birth and death on Shavuot of Ruth’s descendant, King David. But there is a third reason that I find particularly special: Ruth, upon the passing of her husband, famously vows to her husband’s mother, Naomi, “For wherever you go, I will go…your people shall be my people, and your God my God.” This informal conversion is interpreted as the perfect metaphor; just as the Israelites received the Torah from God, so too does Ruth — who is considered by many to be the first convert to Judaism —  accept its beliefs and teachings.

Well, I’m just about stuffed and in need of a nap. Wishing you and your family a joyous Shavuot and a wonderful season of plenty ahead!