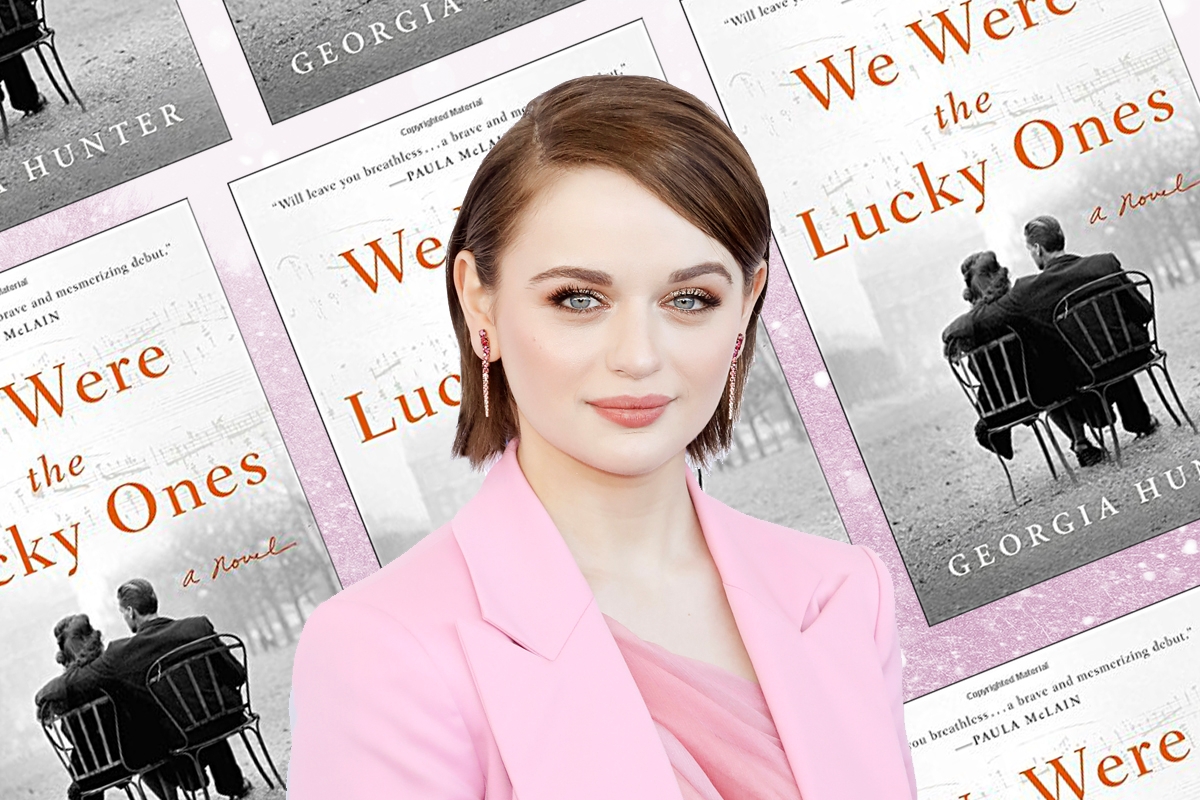 TV creators definitely have a fascination with the Holocaust as of late, from “Hunters,” a TV show about Nazi hunters, to “Russian Doll,” which spent some of last season traveling back in time to 1944 Nazi-occupied Hungary. Yet it’s been a long time since we got an American TV show that focuses on and takes place during the Holocaust — perhaps since 1978’s “Holocaust” miniseries starring Meryl Streep.

That’s all about to change with an adaptation of a moving Holocaust novel, “We Were the Lucky Ones,” by author Georgia Hunter coming soon to Hulu, starring Jewish actress Joey King. The limited series will comprise eight episodes.

The book is a somewhat fictionalized tale that starts in 1939. It is based on Hunter’s actual Jewish family, the Kurcs, from Radom, Poland.  There’s patriarch and matriarch Sol and Nechuma, their five children Genek, Mila, Addy, Jakob and Halina, and their baby granddaughter Felicia.

Hunter did not know that she was the granddaughter of survivors until she was 15, when her grandfather Addy passed away. When she discovered her family’s secret dark history, she set out on a decade-long journey to find out more about her past. Her many findings led to her writing “We Were the Lucky Ones.”

In many ways, the book is a Holocaust epic — the tale spans six years and five continents. Each chapter is written from the point of view of a different family member, documenting their individual attempts to avoid being killed by the Nazis — through exile, escape, trying to survive the ghettos, and attempting to pass as non-Jews in their native land.

The book is the ideal fodder for an epic TV show, and the project already has an amazing team behind it.

Jewish director Thomas Kahil will helm the show as director and executive producer. Kahil co-created the freestyle hip-hop group Freestyle Love Supreme with Lin-Manuel Miranda and directed the stage productions of “In the Heights” and “Hamilton,” as well as the award-winning TV show “Fosse/Verdon.” He is currently directing “Silver Wings,” about WWII female pilots, in addition to a new “Fiddler on the Roof” film adaptation.

As for the cast, so far we only know that the incredible Joey King is going to be a part of the project, though her role has not yet been revealed. The Hanukkah-loving actress was effusive about the upcoming role and Hunter’s book on social media.

“To be part of this show means so much more to me than I could ever accurately describe,” King wrote in an Instagram post. “A true story of a Jewish family who [was] separated at the beginning of World War 2 and faced unimaginable horrors — determined to survive and reunite. It’s crucial to keep the tragic truth about the Holocaust present in [today’s] world. I feel honored that this group of wonderfully talented people [is] letting me in on this story. And I really encourage everyone to read the book if you haven’t already. @georgiahunter does an amazing job capturing the devastation, and even the joy in her family’s miraculous story.”

King has starred in Hulu’s “The Act” as Gypsy Blanchard, a role that earned her both an Emmy and a Golden Globe nomination, alongside Patricia Arquette. This isn’t King’s first Jewish role — she previously starred as Zach Braff’s daughter in his very Jewish second film, “Wish I Was Here.”

“I couldn’t be more excited to partner with [Thomas Kail], with our incredible showrunner, Erica Lipez, and with the amazing teams at Old 320, 20th and Hulu as we bring the story of my ancestors — and through it, the story of the Holocaust — to the screen,” Hunter said in a statement.

Back in 2019, we asked Hunter why she thinks Holocaust tales are so popular nowadays: “Second-generation [survivors] were born right after the war ended, and everything was still so raw,” Hunter explained. “A lot of times, that generation was protected, and these stories were not shared; these kids were cocooned, in a way, from the experiences that their parents had endured. Being one generation removed from that gives us — as grandchildren of some of these survivors — a little bit more freedom to ask the questions that maybe our parents never felt comfortable asking. And along with that, those survivors maybe are a little bit more willing to share as they get older.”

With the last remaining Holocaust survivors getting older each day, and with Holocaust education in this country so lacking, this show, helmed by this all-star very Jewish team, feels almost necessary. While there are so many new movies telling tales of survivors and victims, it’s hard not to make those overwrought — if you’re looking for one, we highly recommend the film adaptation of “When Hitler Stole Pink Rabbit.”

A compelling TV show focusing on a family’s story of survival seems like a great way to retell the story we should never forget.