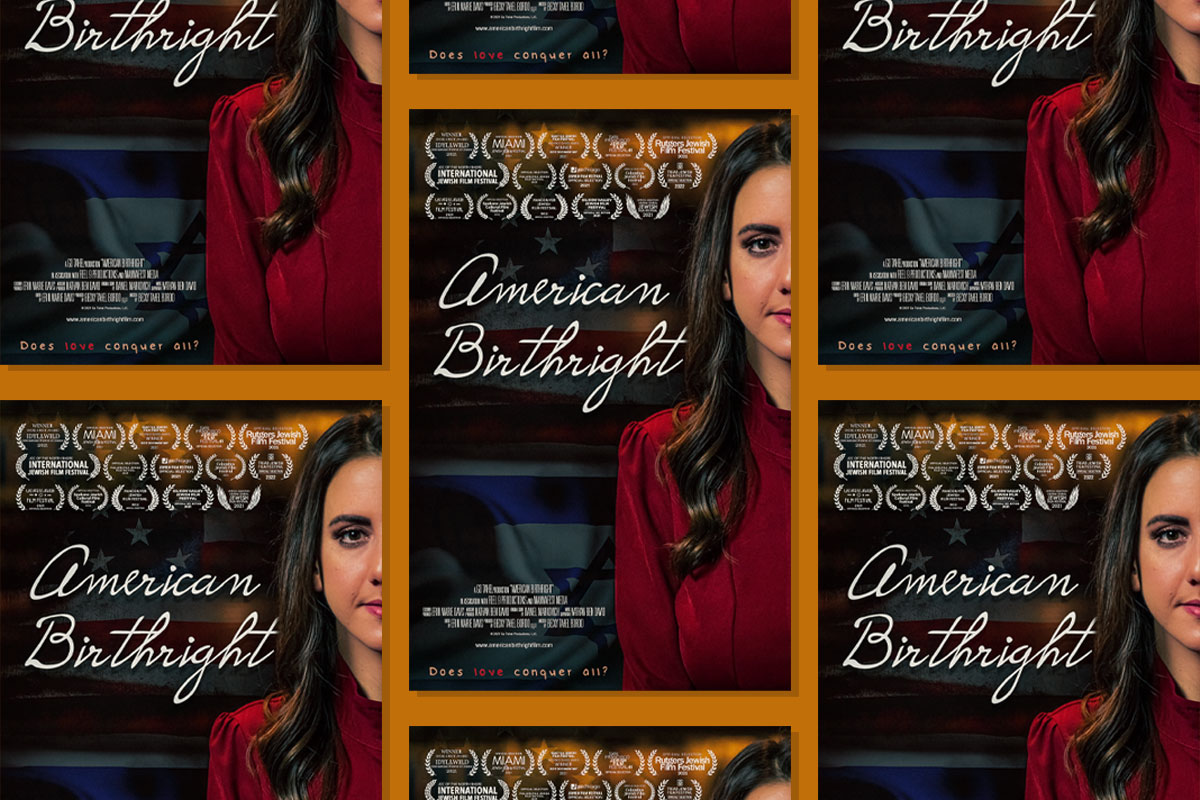 Seven years ago, Becky Tahel was a typical millennial creative, working round the clock to grow a career as an actor, writer and content creator. Making it in Hollywood is notoriously difficult but Tahel was on the high road to success; she’d scored roles on “Mixology” and starred in the iconic JDate matzah ball commercial. As a content creator, her clients included world-famous influencers, among them Jake Paul, Jay Shetty and Gabby Bernstein. But something was missing.

To fill the void, Tahel immersed herself in Los Angeles-style spirituality. “I did lots of yoga and meditation,” she recalls. It wasn’t enough.

When her younger sister and only sibling became engaged to someone from another faith, Tahel’s existential rumblings turned into an inner roar that begged her attention.

The strength of her reaction surprised her —  at that point, Judaism took a back seat in her life. Born to Israeli parents, Tahel’s family emigrated to Philadelphia when she was 6. The family was culturally Jewish but not religious. Tahel struggled with the move and was teased for her unusual first name Tahel; wanting to sound more American she adopted Becky.

Tahel’s sister was the first person in her family to choose a non-Jewish partner. “It felt like she was cutting the cord,” says Tahel.

But what cord was she cutting? Interfaith marriages are no longer big news. According to 2021 Pew polling data they now outnumber marriages within the faith, with 60% of Jews choosing partners from other religions.

In an open world, why marry Jewish? Tahel wanted answers. She turned to experts, among them Rabbi David Wolpe and Rabbi Susan Goldberg, religion scholar Reza Aslan, and comedian and actor Eric Andre, himself the product of an interfaith marriage. Instead of a notebook, Tahel brought along a film crew.

Her search would take her across the U.S., to Grenada and ultimately to Israel, where she spent several months immersing herself in classical Judaism and her question changed. “Now it wasn’t just why marry Jewish. It was why be Jewish,” she recalls.

All through Tahel continued filming. For funding, she reached into her own shallow pockets and also turned to Jewcer, a Jewish crowdfunding platform to raise what she calls a “micro micro budget.”   Tahel could have sought organizational funding but she refused to tie her passion project to an outside group. “That would have removed the power of what this film was going to do,” she says.

When Tahel finished she had shot 150 hours of footage. She made 10 different versions of the film until she was satisfied; this was her first full-length feature and documentary, it had to be perfect. The result is “American Birthright,” a powerful 66-minute visual memoir of Tahel’s quest to understand her Jewish identity.  “American Birthright” has won several awards, including laurels for best documentary director at Idyllwild International and the audience choice award for best documentary at Seattle Jewish Film Festival.

The film’s success isn’t surprising.  Despite its heavy subject matter —  Tahel acknowledges that Jewish identity and intermarriage are not sexy topics — “American Birthright” is fun. Think “Eat Pray Love,” with the eating at Jerusalem’s Machane Yehuda market, the praying at the Western Wall and the love mostly offscreen, hinted at at the very end.

Tahel is humbled by the film’s success. “I’m not an expert [on intermarriage],” she says. “I’m an expert at being a non-expert.” She sees the results as karmic or bashert.  “This project found me and asked to be told.”

The film’s March 2021 debut coincided with the middle of the pandemic. Every film festival had been canceled or moved online. Yet the pandemic prepared audiences for Tahel’s film. “There was a sense that the world was falling apart. People were hungry for truth, direction and depth,” Tahel says. Over the past year, Tahel has taken “American Birthright” to 16 festivals, something she couldn’t have done in real time.

The movie inspired changes in Tahel’s own life, which is now deeply informed by traditional Jewish wisdom. “Documentary filmmaking has a mystical, magical power, she says. “I didn’t realize it but I was producing a movie of my own life.”

Though the film contains several emotionally raw moments, including a scene in which her mother, Tamar, who was raised Orthodox but rebelled, explains her antipathy to religion, Tahel’s family appreciate the film.  She remains close to all of them, including her sister and brother-in-law.

At present, there are no plans for a sequel. Tahel and her husband are now CEOs of Mannafest Media, a mindful media company, deeply committed to making cinematic and compelling content with the goal of highlighting important Jewish stories and painting a holistic picture of the Jewish world.

American Birthright is currently available for rent at americanbirthrightfilm.com/rent.