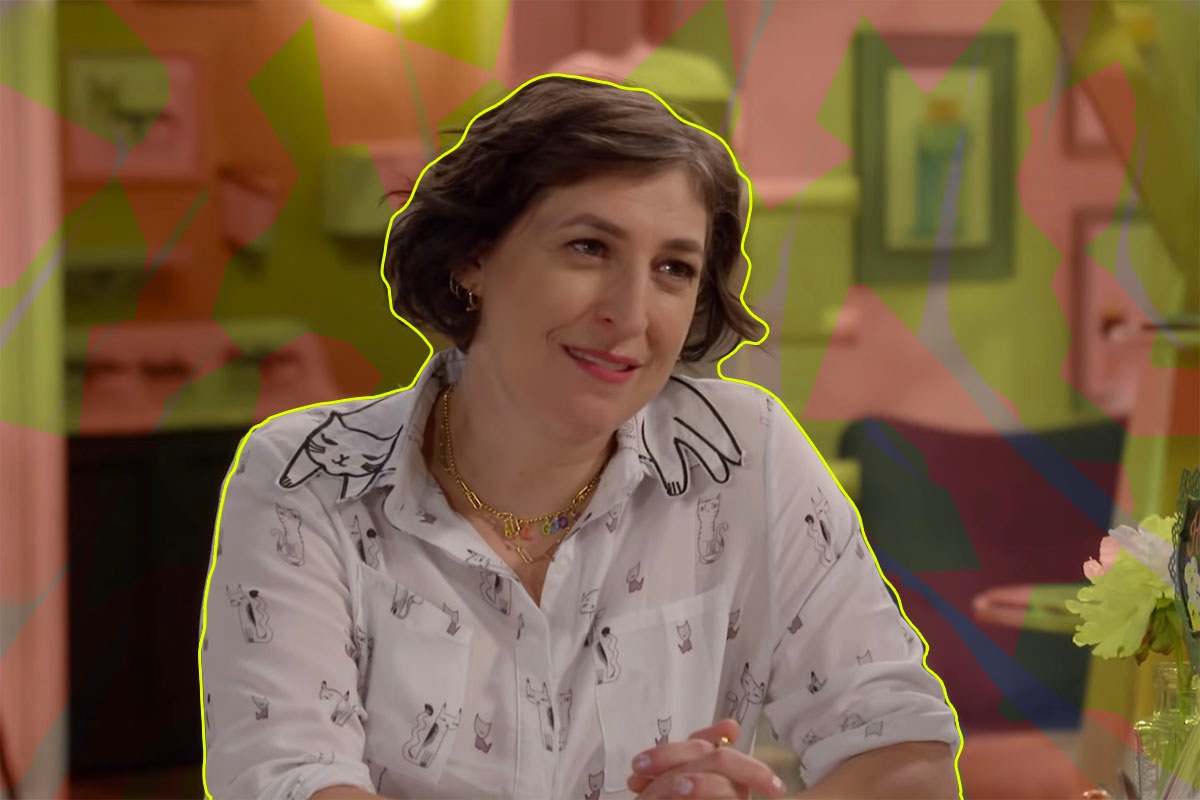 Last September, we let everyone know that Mayim Bialik is coming back to TV. Now, we finally have a premiere date for Call Me Kat, as well as the first trailer — and it looks oh-so-promising.

The sitcom, which stars Mayim as Kat, the 39-year-old owner of a cat cafe (very much into the idea of having a lot of cute furry creatures on-screen!), will premiere on Fox on January 3. Call Me Kat features some truly fabulous stars — aside from Mayim, of course — including comedy genius and viral sensation Leslie Jordan.

It’s based on the British show Miranda, which stars comedian Miranda Hart (Emma, Call the Midwife). Miranda, from 2009, is available to stream on Hulu until the end of 2020, and it’s truly a delight. And based on the teaser for Call Me Kat, these shows have a lot of thrilling similarities.

Like Miranda, Kat quits an unfulfilling job and sinks all her savings into her dream project. For Miranda, it’s a joke shop, for Kat, it’s a (get the pun!) cat cafe. Just like Miranda, Mayim’s Kat often breaks the fourth wall to speak directly to the audience — which could be cheesy but, honestly, it works. Kat, like Miranda, is bumbly, confident, funny, and sometimes crude (which I love!), and she doesn’t care about embarrassing herself — or at least, doesn’t let any cares about embarrassment stop her from being 100% authentic (very much #goals here).

In traditional sitcoms, characters like Miranda and Kat are typically relegated to the role of quirky best friend or another supporting character; they’re not as conventionally attractive (or as traditionally male) as what we’re used to seeing in leading roles on TV. Centering a show around a woman who is in her late 30s, unapologetic, independent, and not the traditional (read: skinny) ideal of beauty is incredibly meaningful — even somewhat revolutionary — and we are here for it!

If Call Me Kat is as excellent, joyful, and empowering as Miranda, it will surely win over viewers. But it seems like executive producers Bialik and Jim Parsons (yes, that’s Sheldon from The Big Bang Theory — in a way, this is a “Shamy” creation if you’re still stanning), and Darlene Hunt (who is also a writer on the show) are aiming to have this be a level up — adding new layers to its 2009 source of inspiration. Some are even comparing it to another British sensation: the award-winning series Fleabag.

Truly, we can’t wait for season 1 to hit our TV screens. What a wonderful gift for the beginning of 2021.