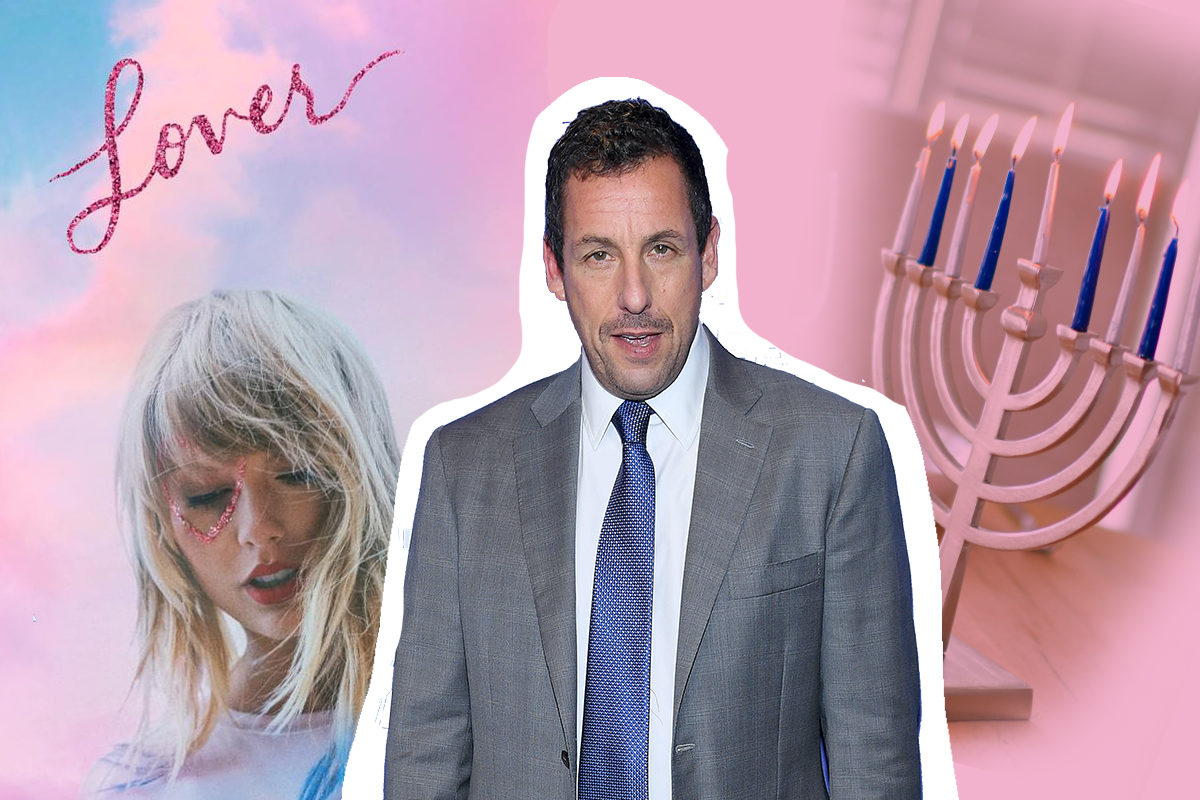 Could we possibly love Adam Sandler more? The star of the upcoming very Jewish (and reportedly Oscar-worthy) film Uncut Gems is, by all accounts, a super devoted dad.  He’s also a super mensch, who often does charity events.

This week, the Jewish dad combined his awesome parenting with tzedakah at Rock4EB, a benefit for epidermolysis bullosa, a rare genetic skin condition. The comedian had his daughters Sadie and Sunny join him on stage to sing Taylor Swift’s recent-ish song,”Lover.”

The girls completely nailed the tune — and they even added a Jewish twist!

Here’s what went down at the Sunday night benefit in Malibu: After performing some songs himself, Sandler invited his daughters onstage. “They’ve been excited and nervous but they’re going to sing a song, I love you,” he said as they joined him.

He introduced 10-year-old Sunny first, asking her, “Did you hear daddy curse? I’m sorry, I’m sorry.” And then, 13-year-old Sadie, who recently had Adam Levine perform at her bat mitzvah! (Maybe the former The Voice coach gave her some singing tips?)

Sandler encouraged the girls, saying, “I love you guys, are you excited? Are you nervous?” He assures them, “It’s going to be OK.” (Aw!)

“Your knees are shaking, right?” he asks them, and Sunny answers with an adorably sheepish, “Yeah.”

“How do you think I feel?! Every night I do this goddamn show,” he responds to erupting laughter. (Oops, there he is with the cursing again!)

There are many, many highlights I recorded from tonight’s #Rock4EB but this one is pretty special. @AdamSandler handling guitar duties while his daughters Sunny & Sadie sing @taylorswift13 “Lover” in front of Julia Roberts, Sean Penn, etc. They’re major Swifties, and so good too pic.twitter.com/Z589j4tDBJ

The two even added a Hanukkah lyric to the song (as is appropriate for the children of the creator of the OG Hanukkah Song).

Honestly, I’m only going to be singing “Lover” this way from now on, which is especially perfect this year since Hanukkah coincides with Christmas. Yes!

Sadie and Sunny have obviously inherited their dad’s musical skills and passion, and he couldn’t be more supportive. He told Us,“They like to sing … and they see Daddy up there and they’re like, ‘Can I try that?’ So I say, ‘Get on up there.’”

“Whatever they’re excited about in their lives, I’ll back them up,” he added. Seriously, Adam Sandler’s parenting skills are definitely #ParentingGoals.

We love this awesome Jewish dad!