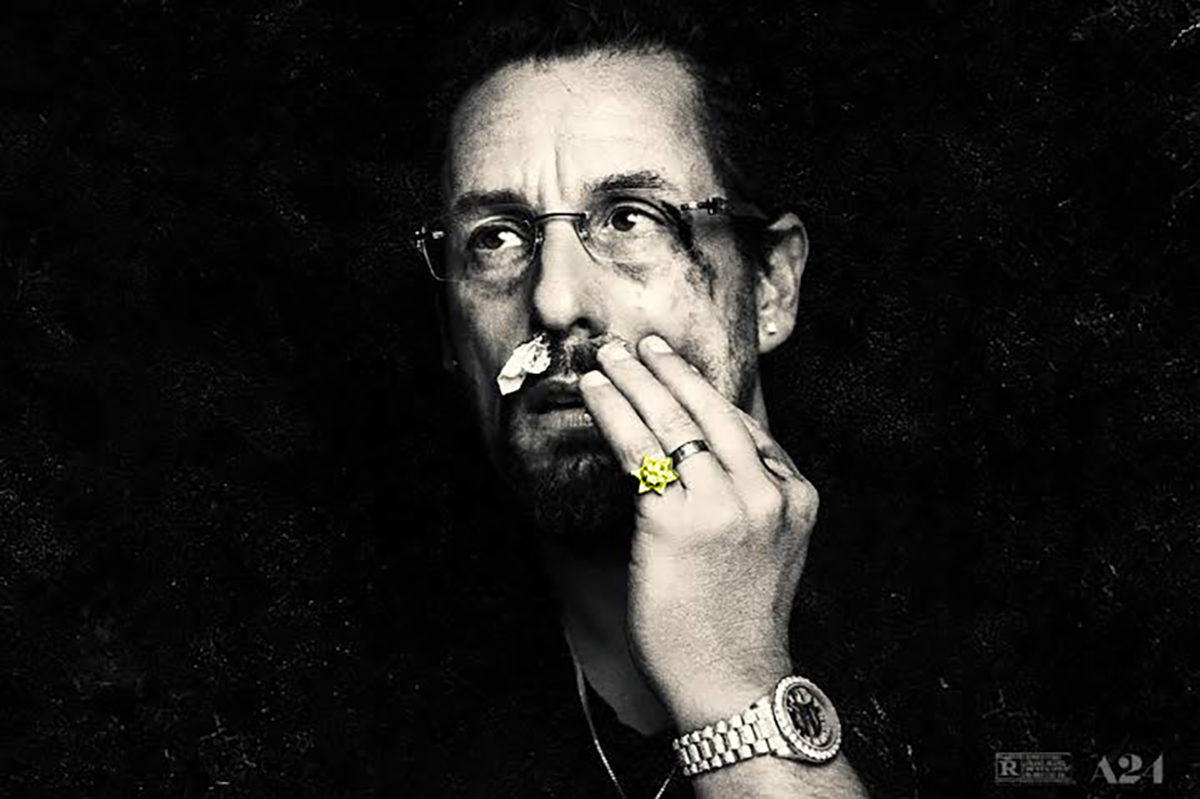 This has been a month for Jewish comedians (and dads!) playing dramatic roles — and we are here for it.

Just weeks after Sacha Baron Cohen amazed us with his portrayal of Eli Cohen — the real-life Israeli spy in Netflix’s The Spy — we now get a trailer for Adam Sandler’s latest movie, Uncut Gems. And, honestly? We’re into it!

In the crime thriller, directed by the Syrian-Jewish Safdie brothers, Sandler plays Howard Ratner, a Jewish diamond dealer in New York City’s Diamond District, who gets in trouble after he acquires a mysterious gem, which leads him to gambling, serious debt, and altercations with local gangsters — oh, and with singer-songwriter The Weeknd.

Sandler’s not the only Jewish star in this movie — there’s also Idina Menzel (yes, of Frozen fame), who plays Dinah (such a Jewish name!), Howard’s wife and the mother of his children, who tries her best to deal with her husband’s recklessness (though, judging by the trailer, she is very pissed, and for good reason).

This isn’t Sandler’s first foray into dramatic roles — the excellent Punch-Drunk Love and the pretty good Funny People spring to mind — but this looks like it could be his best and most critically-acclaimed one yet. So far, the movie has 95% fresh rating on RottenTomatoes, and got incredible reviews at every festival it has played. Seriously, some are even saying that Sandler is looking at a 2020 Oscar nomination for this role! (Others are calling Uncut Gems “the greatest fashion film of 2019,” thanks to Sandler’s gangster zayde look.)

And that’s not all, Kvellers. While the 53-year-old father of two is known for singing Hanukkah songs, talking about Israel, throwing his daughter a lavish bat mitzvah, and being a fan of bagels, this may be Sandler’s Jewiest role to date.

The trailer begins with Howard walking through a Diamond District alleyway, where someone wishes him a “good Pesach” (that’s Passover in Hebrew, BTW ), to which Sandler’s character replies, “Alright, Larry. You’re a Jew again? Welcome back.” Clearly, in some way, Howard’s Jewishness is central to his identity; the trailer also ends with someone calling him “a crazy-ass Jew.”

What to make of all this? We don’t know yet but we will keep you informed. This seemingly excellent and very Jewish movie is coming to theaters on December 13. Looks like this may be an early Hanukkah gift for all of us!

‘My Unorthodox Life’ Was Just Renewed for a Second Season!

This Popular Fidget Toy Was Invented by Anne Frank’s Classmate