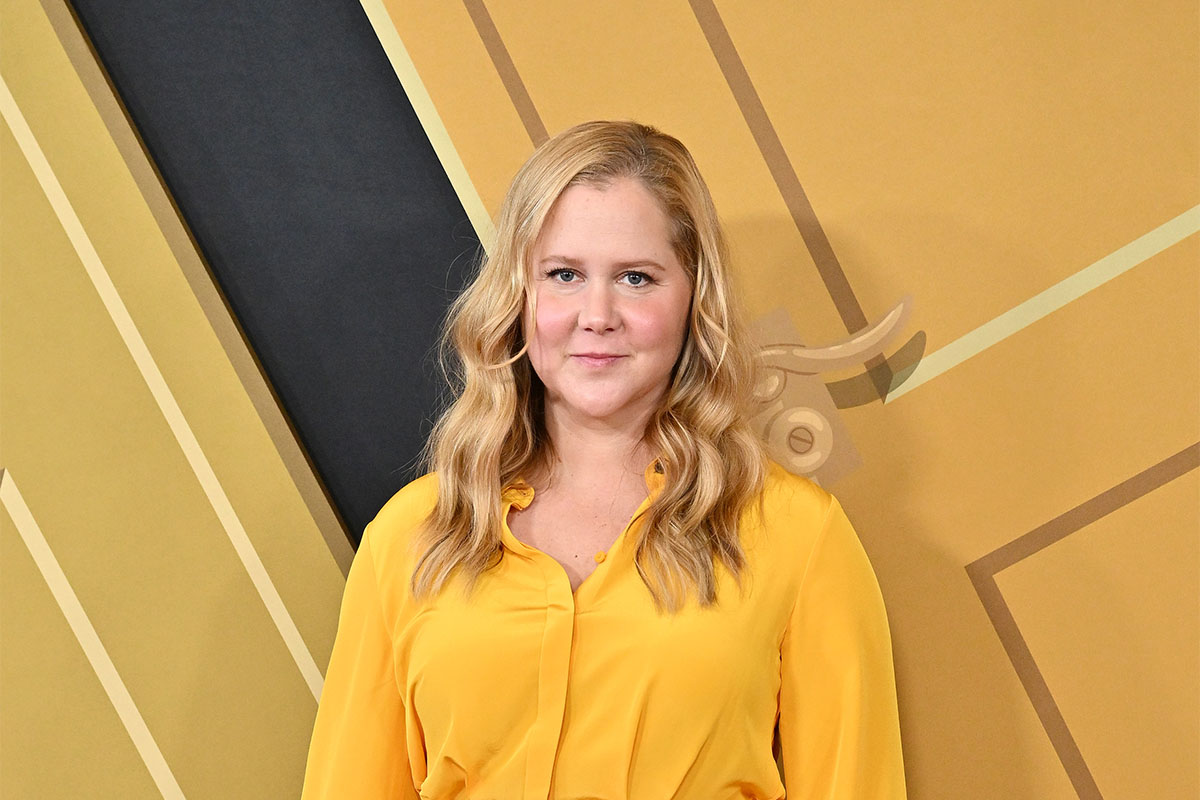 Amy Schumer has really been meeting this scary moment of antisemitism in America — when hate speech is rising and a certain someone who shall not be named says that Hitler wasn’t so bad after all.

In a recent Instagram post, the comedian, showrunner and actress shared a short and sweet love letter of sorts with her Jewish friends, family and followers in her signature rambly style.

After talking about how proud she was of her recent shows “Life & Beth” and “Inside Amy Schumer,” and sharing about her investment in a company called TMRW® Life Sciences, which helps make IVF easier (the mother of one said going through the process of IVF made her feel like she was going to die), Schumer shared a message of support to her friends in the Jewish and LGBTQ communities.

“I want to say I love you to my lgbtq and Jewish friends and family who are scared right now. I feel you. The DHS has us on high alert for attacks,” she wrote.

“I was bullied for being Jewish in the town I grew up in and was made to feel embarrassed for my Judaism,” Schumer wrote. “Now I am proud to be descended from survivors of Auschwitz.”

Schumer has opened up about being bullied for being a Jew growing up on Long Island in the past — she said kids called her Amy Jewmer and threw pennies a her. “The diocese was in our town,” Schumer told the New Yorker this year. “Everybody who wasn’t really Irish Catholic, they were, like, ‘You’re not one of us.’”

In “Life and Beth,” Schumer explores that childhood, in which she felt both drawn to her Jewish heritage and ashamed of being othered. But in recent months, Schumer has really taken Jewish pride to a new level, both on social media and in her work — including an excellent “Inside Amy Schumer” sketch and her recent appearance on “Saturday Night Live” (one week before the infamous Dave Chappelle monologue).

“If you’re a Jewish kid and you go to Hebrew school, like I did, and you are raised reading every book on the Holocaust — they put ‘Anne Frank’ in your hands before you get your period — the Holocaust is a real part of your DNA. I’m descended from survivors of Auschwitz, and I think people don’t realize that what the Jewish people as a whole are afraid of is that happening again,” Schumer told The Hollywood Reporter back in November. “It’s evidenced over and over again that unless we fight it, this kind of uprising happens quick. We’re seeing that with Elon Musk and the way he’s using Twitter right now. And I feel like many Jewish people are terrified and on high alert and are advocating for themselves.”

On Instagram, Schumer shared some of the reasons she’s proud to be Jewish today: “There are less than 17 million Jews in the entire world. We don’t recruit. We don’t try and change laws to enforce our beliefs on other people bodies. Hug a Jew today.”

She also took the opportunity to wish her Jewish followers a “Shabbat Shalom,” since the post was shared on a Thursday night.

This moment of antisemitism in America is making a lot of us reevaluate our relationship with our Jewish identity and roots, and Schumer has chosen to go full in, loudly embracing her identity and sharing it whenever she can. It’s a positive, hopeful example at a very scary time.

Schumer isn’t the only Jewish celebrity speaking out about antisemitism. Natalie Portman recently spoke up for the first time about the recent rise in hate speech as well. We’ll take all the powerful voices we can get.