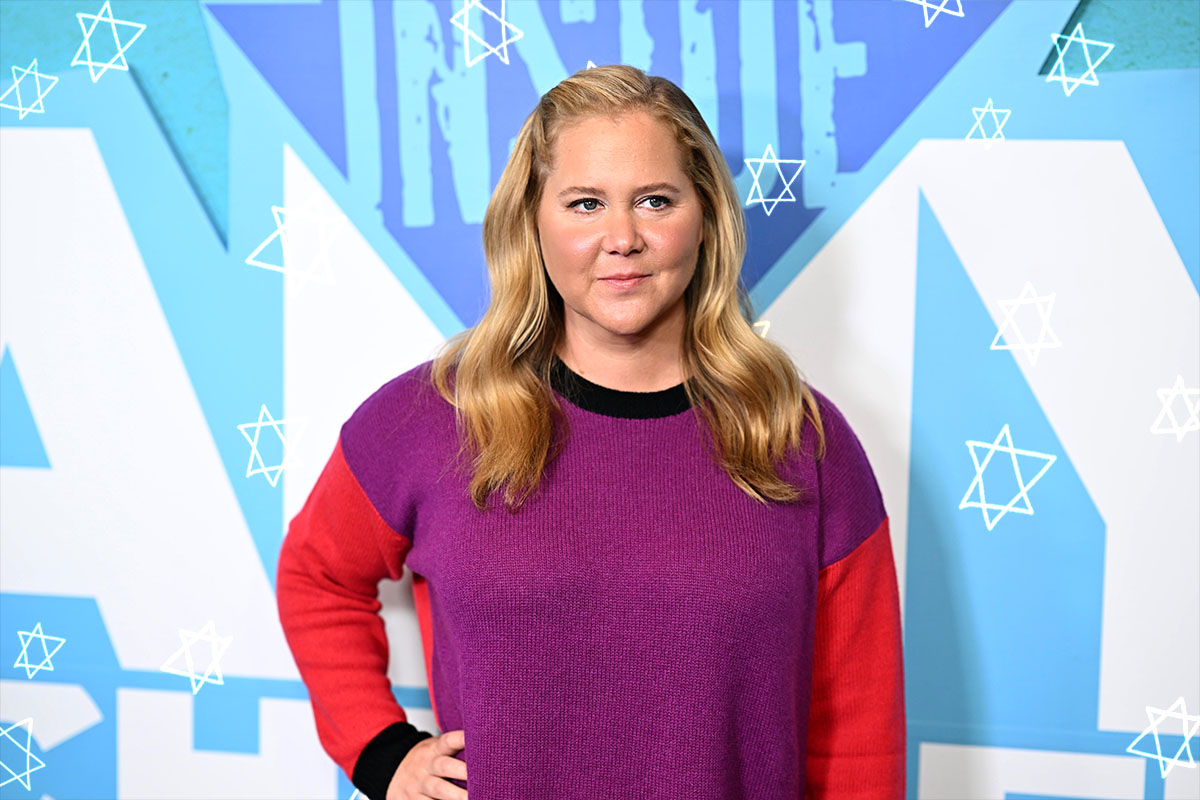 Via Dave Kotinsky/Getty Images for Paramount+

This current moment of rising antisemitism feels different. As someone who has worked in Jewish media for almost a decade, I’m used to seeing my fair share of hatred against Jews, but in the past weeks, after Kanye West’s tweet about going “death con 3” on the Jewish people, so many of my Jewish friends are coming face to face with open and scary antisemitism on social media for the first time.

There has also been some bright spots. I’ve never seen celebrities rally up and open up about their Jewish pride, and speak out against antisemitism, in the magnitude that they have in the past few weeks — from Jessica Seinfeld to Jamie Lee Curtis to non-Jewish allies like Tyler Perry.

Yet one celebrity in particular stands out in the way they met and distilled the moment through their social media and art. Amy Schumer has always been adept at leaning into the general human state of discomfort. She has also always been open about her Jewish identity and her experiences with antisemitism (and gave us one of the best Jewish coming-of-age tales in her Hulu show “Life & Beth”). But she recently made the best sketch about antisemitism I’ve seen in a long time (take some notes, Jimmy Kimmel).

The sketch, which she shared on social media last month, is part of episode three of the new season of “Inside Amy Schumer” airing on Paramount+. In the brilliant new season of her show, Schumer tackles reproductive rights, LGBTQ+ rights, racism and gun control, so it was clear that Schumer also had to take on another age-old plague of our time: antisemitism.

In the bit, Amy plays the head of corporate events at a company, who gets volunteered to run imaginary scenarios in an anti-harassment workshop, only to keep getting hit with antisemitic comments that grow and grow in virulence, and that no one in the workshop is willing to acknowledge.

It starts with someone saying her handwriting looks like Hebrew. Then Amy’s character says that she’s stressed about the upcoming holidays because “my family is nuts” — only for a coworker to respond “because you’re a Jew.” It escalates quickly to someone calling her “Shylock” and asking to borrow money, and another person bringing up conspiracies about the Rothschilds and the weather, blaming rain in an imaginary scenario on Amy.

None of the attendees acknowledge that there’s anything wrong with the comments — the supervisor running the workshop even deals Amy with a little microaggression of his own, telling her that she doesn’t look Jewish and clarifying that “it’s a compliment.”

“Why is everyone fine with making fun of Jews?” Amy asks, only to be completely ignored.

Even the CEO of the company puts on a black hat with side-curls (payot), which are associated both with Orthodox Jews and antisemitic caricatures, but the only problem her co-workers seem to find in the action is that he touched her.

Finally, a Black coworker speaks up after Amy gets told that “Jews are cheap and ugly.”

Amy is glad to finally be acknowledged, but then realizing who spoke up, she starts to suddenly feel the need to apologize for her privilege — the same privilege that makes others ignore the aggressions against her.

“Don’t worry about it, especially you of all people. Jews — are we a race? Are we a religion? I mean, who even wants to get into it. It’s nothing like what Black people have to go through,” Amy starts saying, and then begins a spate of apologies, including, “I’m sorry about Israel, I’ve never even been there but I know I’m supposed to be sorry about it,” which is something so many people tend to bring up when American Jews are just, you know, going about their business with zero affiliation to a completely different country.

She continues, apologizing for awful Jews like Harvey Weinstein, Jeffrey Epstein and Bernie Madoff (and also for Bernie Sanders and “Weekend at Bernie’s,” saying, “I’m sorry about all the Bernies,” which honestly, I couldn’t help but laugh at).

And then finally, she ends with, “I’m sorry I’m Jewish,” before blowing up into a bunch of gold Stars of David.

It perfectly encapsulates the nature of antisemitism, which we are so constantly told is a non-issue, despite the fact that there have been two synagogue shootings in this country since 2018 and antisemitic incidents have been on the rise. Just last week, synagogues all over New Jersey closed their doors after the FBI reported a “credible threat” against Jewish places of worship in the state.

“Do you know what the Jewish community is afraid this will lead to?” Schumer wrote on Instagram two weeks ago, after an antisemitic banner was flown over a major Los Angeles highway. “1 in 2 people don’t know the holocaust happened. Stand up. #neveragain.”

When sharing that sketch from her show, Schumer also urged her followers to visit the United States Holocaust Memorial Museum’s webpage about antisemitism and educate themselves.

This weekend, as the host of “Saturday Night Live,” Schumer made a joke about Kanye and Nazism, and paid tribute to the Jewish staple that is matzah ball soup. But maybe one of the nicest little details was during the closing credits, when Schumer was wearing a shirt with a little red heart and the word Jews next to it.

As Hey Alma writer Evelyn Frick, who sat in the audience that night, wrote, it was a moment that left her “rejuvenated with Jewish joy and ready to take on any antisemitism that comes into the popular discourse.”

Being a Jew is really uncomfortable right now — but it’s good to remember that we’re not alone in our discomfort. It’s also a great moment to be reminded of all the reasons we love being Jewish, and all the amazing fellow Jews that connect us to that feeling through their art, comedy and words, and who remind us of our resilience as a people.