As Jewish Moms, We Need to Fight for Birth Justice – Kveller
Skip to Content Skip to Footer

As Jewish Moms, We Need to Fight for Birth Justice 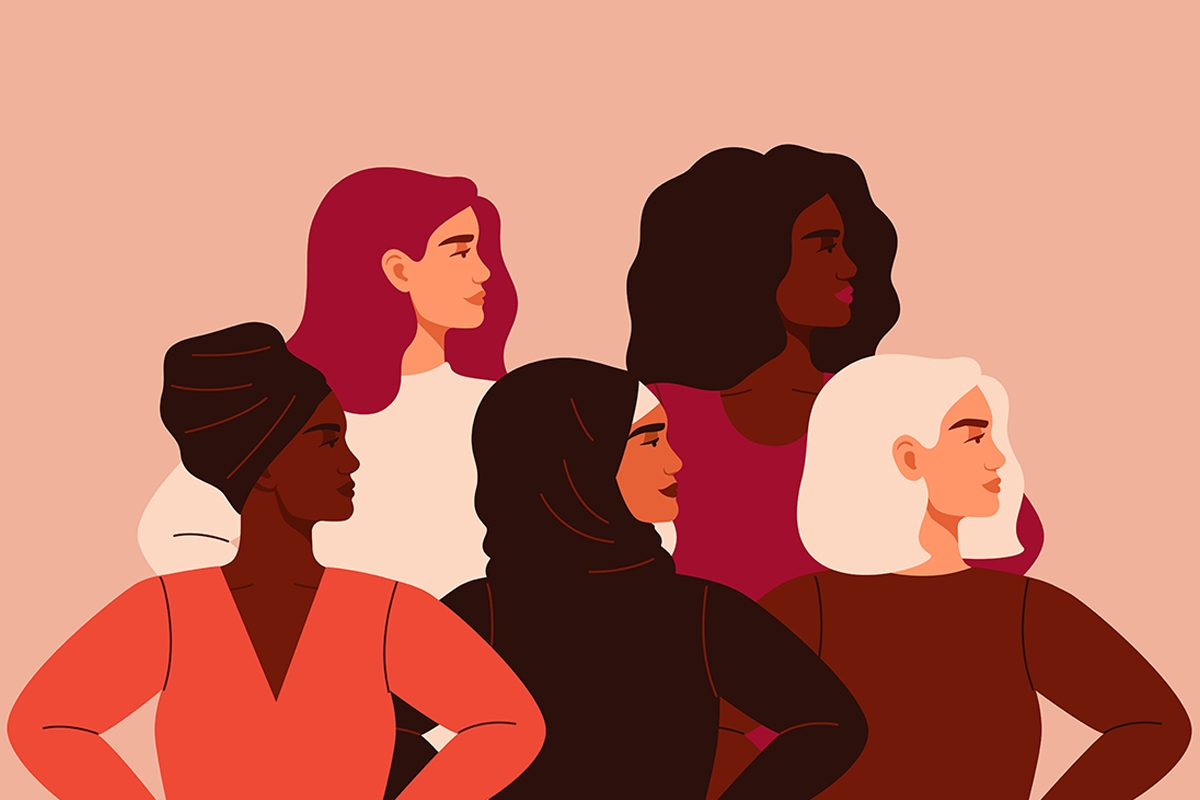 Before she became a boundary-shattering vice-president elect, Kamala Harris was a powerful voice in the arena of women’s health. Over the last few years, she has repeatedly made the case that we, as a nation, must address the systemic inequality and biased treatment that have created a Black maternal health crisis. This well-documented issue has gone shockingly unacknowledged by our governmental institutions and leaders, but the facts are stark: The United States has the worst maternal mortality rate of any developed country in the world. What’s more, Black women are roughly three times more likely than white women to die of pregnancy-related issues.

I began paying a lot more attention to the American maternal health crisis in 2017, when I experienced a traumatic birth. I had a healthy third pregnancy, and had no reason to anticipate that anything unusual would happen. Like my other labors, the delivery went relatively quickly, and I managed to deliver without pain medication. Everything was very straightforward — except that there seemed to be a little more bleeding than my attending nurse would have liked. She voiced her concern to the other nurses but was overruled. So off to the recovery floor I went, cradling my newborn daughter. Not long after that, however, the situation became unimaginably scary. Nurses began clustering in my room, administering drugs and trying to stem the tide of blood.

Eventually, the doctor decided that some of the placenta must have stayed behind, so she tried to extricate it manually (see: most painful thing ever). My body continued to revolt. Finally, the doctor decided I would need an emergency D&C, dilation and curettage, to find the tiny piece of placenta that remained. However, since I was already on the recovery floor, I couldn’t be admitted to the operating room on the birthing floor. Thus ensued a wait of nearly an hour while the team sought clearance to admit me to the OR in the main hospital. I lay alone, contemplating the things that one contemplates when facing the unknown. Before they wheeled me away, my husband asked what I would want the kids to know if—.

I stared at him and my baby girl, glowing pink and neatly swaddled, and I simply shook my head. I was unable to comprehend that there was suddenly the space of “if,” that the situation was this dire hours after giving birth to the daughter I had dreamed about for so long.

Some of that long night is a blur (see: all the drugs), but a few things stand out and have become part of the narrative that I can now, finally, speak aloud. I remember waiting for the operation, the doctor stroking my arm as the anesthesiologist prepped his wares. “Where are you from?” he asked. I replied that I grew up in Virginia and went to school in New York. “Ah! You definitely have a New York personality,” he replied teasingly.

I also remember the amazing duo of nurses who tended to me afterwards. The younger one was Jewish, and her sister’s Hebrew name was the same as my newborn daughter’s (seriously, what are the chances?!). It turned out this nurse had spent time studying at Hadar and her boyfriend managed a hummus shop in Seattle, so we traded names of acquaintances while she inserted an icky-looking iron infusion. I guess playing Jewish geography is one of those basic survival instincts we cling to in times of need.

It took me three years to recover from the shock of this experience and to be able to write about it publicly. I do so now because difficult birth stories need to be shared, from both patients’ and doctors’ perspectives. I want to communicate that, despite my privilege, and despite living in one of the best cities for medical care in the world, I still found myself in a terrifying situation during childbirth, and I faced significant challenges in the aftermath. Our culture celebrates the trappings of motherhood but rarely acknowledges that pregnancy and childbirth are inherently risky—and are much riskier for some groups than others.

Simply put, the experience of becoming a mother should not play out differently depending on one’s race or ethnicity, but in twenty-first-century America, it does.

Though nightmarish, the events of that October night catalyzed my journey studying the problems moms of all kinds face during childbirth and the postpartum stage. I learned about the bias faced by many women, especially women of color, when seeking medical care. I began to research organizations that advocate for improving pregnancy outcomes in the U.S. and globally. I discovered Every Mother Counts, an organization launched by supermodel Christy Turlington, who herself experienced placental issues and had an operation after childbirth; Black Mamas Matter Alliance, which supports organizations and providers working in local communities; and 4Kira4Moms, which rightly calls maternal mortality a “human rights issue.” To make positive meaning out of my experience, I decided to organize a fundraiser in honor of my daughter’s birthday every year, with donations going to organizations like these.

There are good people doing the crucial, sacred work of empowering mothers-to-be and new moms to get access to the care they need, despite the social and economic hurdles posed by decades of inequality. There are people studying “why America is failing its Black mothers” and trying to bend the arc of justice towards policies that will enact change. And now, there is a new team in the White House whose focus on maternal mortality has been described as potentially “transformative”.

Affectionately known to her Jewish stepchildren as “Momala,” Sen. Harris has made maternal health a policy priority because she recognizes that becoming a mother is a perilous journey for far too many women in America. Every mother deserves equitable and respectful care during her pregnancy; every mother deserves the chance to meet their newborn children and spend many years with them; every mother deserves the support she needs to navigate postpartum mental and physical challenges. In addition, we need doctors to start listening and stop downplaying women’s health concerns, especially because postpartum health issues can emerge up to a year after giving birth.

In a column published in Essence last April, Harris mentioned Serena Williams — whose daughter was born just a month before mine, and who shared her own deeply harrowing birth story in Vogue — as one among many Black women whose “voices were not heard” when seeking medical help. Sen. Harris’s Maternal CARE Act, first introduced in 2018, is aimed at reducing the bias Black women face so that they can actually be heard by their doctors rather than treated with sometimes-fatal disregard.

Earlier this year, Harris also co-sponsored, along with Rep. Lauren Underwood and Rep. Alma Adams, the Black Maternal Health Momnibus. This legislation bundle aims to reduce the shameful gap in maternal health outcomes through measures such as funding to community-based organizations; increased support to women veterans and incarcerated women; and expanding the perinatal workforce so that a more diverse group is listening to women’s concerns before, during, and after pregnancy.

The coronavirus pandemic has laid bare the shortcomings of the American healthcare system. At the same time, this public health crisis has only amplified the challenges of being pregnant, giving birth, and breastfeeding successfully. As Harris wrote in Essence, “Black women can’t afford not to be heard when their lives and babies are on the line, but they especially can’t afford to be shut out when we are going through a pandemic.”

As Jewish women, we need to be allies and advocates for all moms and moms-to-be struggling to get the care they need. Tell your elected representatives that you support the Black Maternal Health Momnibus Act, which has not yet come up for a vote and which you can track here. Join the fight for a more equitable and inclusive healthcare system. Let us affirm the dignity and humanity of all mothers, who are creators of life and who are created, like all people, in God’s image.