Pregnancy Loss, Anxiety, and Jewish Superstition from One Generation to the Next – Kveller
Skip to Content Skip to Footer

Pregnancy Loss, Anxiety, and Jewish Superstition from One Generation to the Next 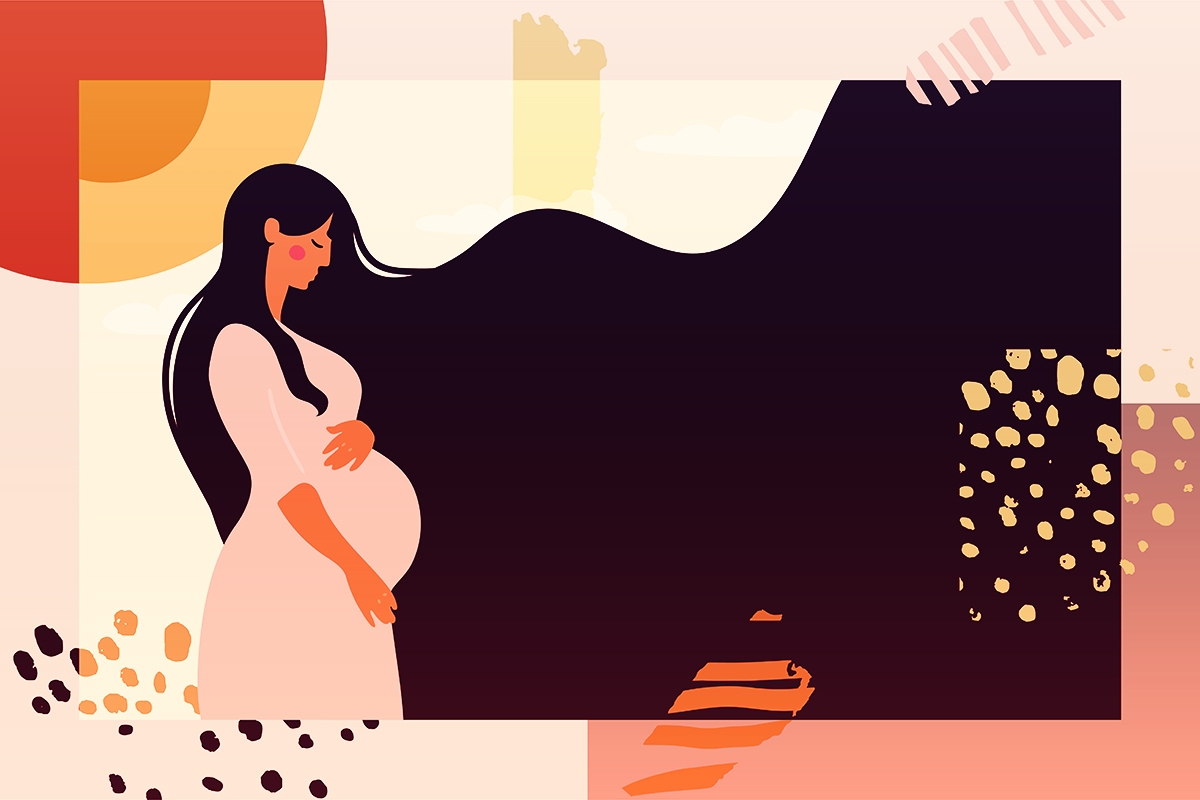 The sight of blood left me paralyzed, with my pants around my ankles as I sat in a bathroom stall at my office, located on the 30th floor of a skyscraper in midtown Manhattan. I just stared and stared, my eyes welling with tears, hoping if I stared long enough the steady trickle of blood would stop.

When that didn’t work, I called my OB’s office. It was after 6 p.m., so I dialed “0” for the emergency operator and had her page the doctor on call at the hospital. After what felt like an eternity — but was likely closer to 30 minutes — my OB called. I can still hear her saying, in a slightly patronizing tone that suggested she had actual emergencies to attend to, “Even if you are losing the pregnancy, which I don’t believe to be the case given your history of spotting, a baby born at 24 weeks isn’t likely to be viable.”

She told us to come in first thing in the morning for an ultrasound.

I spent the night picturing what would happen if I lost this pregnancy. Who would I tell first? How would I tell them? What would they say? And then what? How would I move forward? Start again? What if it wasn’t so easy the next time? And what if this was my only chance at having a baby?

Convinced I couldn’t feel the baby kick, I got up and danced around, singing “Baby Mine” by Bette Midler to him or her. I kept on willing his or her little heart to keep beating, to hang on until the morning when the doctors could fix the problem, whatever it was. They had to be able to fix it.

I kept thinking of the other women in my family who lost pregnancies — I was terrified of it happening to me. I knew, objectively, that pregnancy loss is incredibly common. Thinking back on it, my OB was likely trying to prepare me, just in case — just as my mom had.

When I was a little girl, my mom told me I was a rainbow baby. The term didn’t really exist at the time, but I knew there was someone who had come before me. My mom’s miscarriage was in her second trimester. Technically, it was a “silent miscarriage,” as they call it; her body failed to expel the fetus, so she required a D&C. She told me that after her miscarriage she was the saddest she has ever been.

That was until she became pregnant with me around six months later. Then the sun shone again.

My mother’s mother also had a stillbirth, but I never knew that. On a recent Saturday morning, my mom and I were chatting about my sister-in-law, whose baby had tragically died during childbirth this past winter.

Seemingly out of nowhere, my mom said, “Grandma had a stillbirth.”

“What?” I replied. My grandma was an inveterate storyteller (as was my mom), but I had never heard this particular story.

It seemed that I wasn’t the only one who had been traumatized by the memories of an older sibling that never was. I wish I had known. It would have given me more insight into the matriarchal legacy of the kinehora that had caused me so much anxiety during my first pregnancy.

When I started spotting at 10 weeks, I figured this was it. I called in sick at work and made an emergency doctor’s appointment. My mom told me not to worry, but I could tell by the false strength in her voice that she was preparing me for what she believed to be the inevitable. “It’ll be okay, even if it is a miscarriage,” she said. “Lots of people miscarry in the first trimester. It often means something was wrong with the baby.”

But I didn’t miscarry. Nor did I miscarry the following week, when I was spotting again, and was diagnosed with a small hematoma that could result in miscarriage. Nor did I miscarry at any of the other 10 ultrasounds I scheduled on an emergency basis during my first two trimesters when the spotting recurred.

My anxiety wasn’t limited to the realm of science, causing me to read every article on BabyCenter about every uncommon pregnancy condition that existed. It also had supernatural elements. I am not a religious person, but I began praying to HaShem every night, often more than once, to save my baby. If I forgot to pray before going to bed, I would awake in a cold sweat and immediately go to the bathroom to check for blood.

I refused to tell anyone about the baby until well after the first trimester was over. It was as if the simple act of telling people about the pregnancy was a kinehora. I was convinced that by even imagining the birth of a healthy child, I was tempting the evil eye.

All the women in my family seemed to become uncharacteristically observant when it came to adherence to the tenets of the kinehora surrounding pregnancy: refusing to buy anything for the baby until it was born, forgoing baby showers, and unwilling to decorate or even discuss the nursery. When I was pregnant, someone bought me a small stuffed elephant for the baby. I refused to touch it and asked my husband to stash it in the trunk of his car until the baby was born.

I do not think the mothers in my family engaged in this behavior because we believed it would make it any less likely that we would incur a loss. In fact, history had repeatedly revealed that not to be the case. I think we were hoping that if we remained disengaged, we would be protected against the emotional loss when the inevitable happened. I am sure that is the reason the kinehora exists, but I am NOT certain our methods were effective at protecting us against that, either.

Which brings me back to the morning after that disconcerting phone call with my OB. My husband accompanied me to the doctor’s office where, thankfully, we heard the familiar whooshing sound of the heartbeat on the ultrasound.

“I swear I really was spotting last night,” I told the OB. I saw her making a note in my chart. Was she writing that I was crazy?

But 16 weeks later, I gave birth to an 8lbs.7oz. healthy baby boy. The cause of my mysterious spotting was never uncovered, but that doesn’t mean my fear was irrational. Rather, I think it was a form of adaptation to the losses of the women around me.

My son is nearly 3 now, and I still think about whether my doctor was right to dismiss my fears on that day. Medically, her advice was sound. But what she failed to recognize is that this was never about the baby — I wasn’t OK, and needed someone to explain to me that, even if the baby didn’t make it, I was going to be OK. I wish my doctor had told me that. But perhaps even more so, I wish that my mom and grandma had doctors who told them that. Perhaps, then it wouldn’t have taken their whole lives for them to realize their experiences were as normal as mine.