After a Traumatic Birth Experience, I Have a New Outlook on Gratitude – Kveller
Skip to Content Skip to Footer

After a Traumatic Birth Experience, I Have a New Outlook on Gratitude 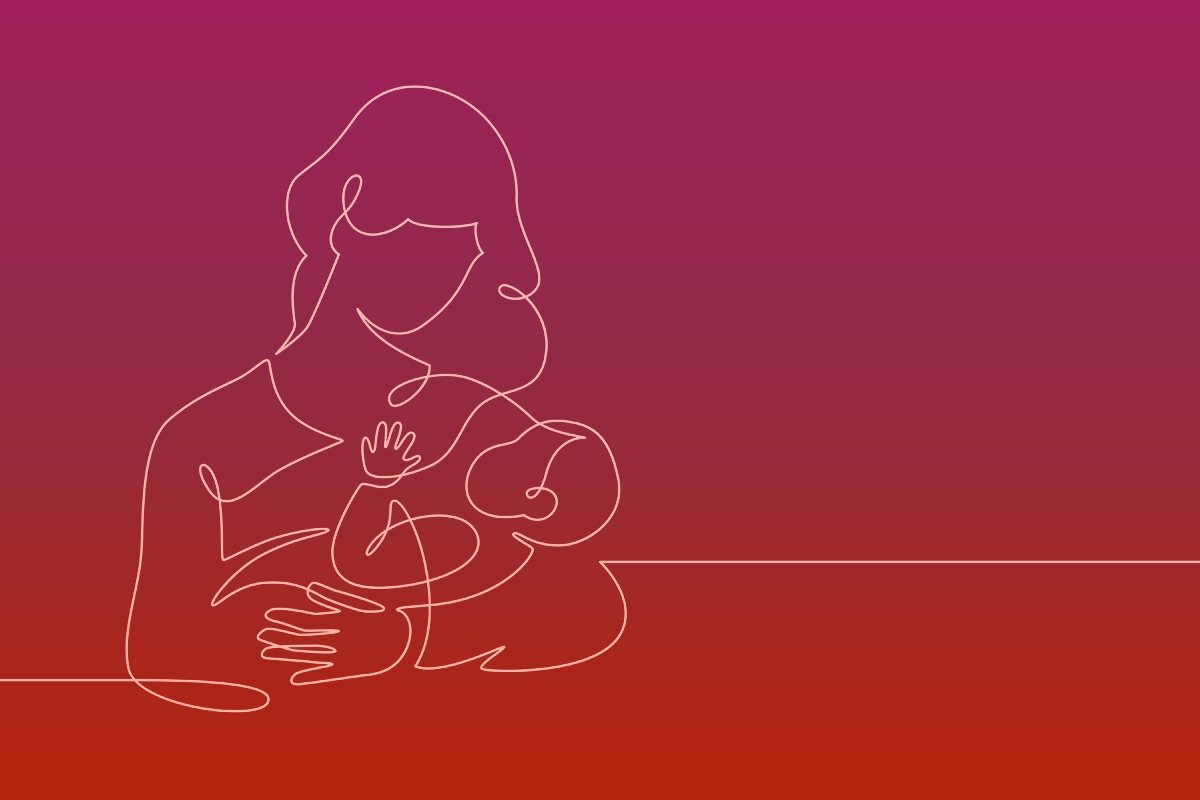 After multiple days of labor, two runs to the hospital, various positioning techniques to turn the baby, and lots pushing, I thought the hardest part was over. But I was wrong.

My newborn rested on my chest while an attending taught a second-year medical resident how to deliver a placenta, using me as the subject. Then, suddenly, the attending pushed the resident aside. As if childbirth weren’t gory enough, she reached into me, well past her elbows, pulling me apart, quite literally, in chunks. It turned out that I had placenta accreta, in which the placenta attaches itself to the uterine muscle and can cause massive hemorrhaging. For cases like mine — in which the condition isn’t diagnosed before giving birth — the mortality rate is about 30 percent.

After realizing my placenta wasn’t coming out as planned, the doctor rushed me to an operating room for a D&C. The doctors removed all the errant tissue they could, but the bleeding continued. So they opened me up with what was essentially a C-section incision — that’s when they discovered a uterine tear, possibly caused when the delivering doctor tried to scrape out all the stubborn placenta. The doctors removed even more tissue they’d missed and repaired the rupture. In the process, however, I lost a huge amount of blood.

After two and a half hours, I emerged from what was supposed to be a “routine” D&C. The gravity of my situation began to sink in: It was immediately apparent the haze of near-death hovered around me. I could tell from the doctor’s palpable relief that I was alive; I could tell from my own difficulty croaking out a single word. I could tell when a nurse asked me if she could pray for me.

If ever there was a time for prayer, this felt like it.

According to Jewish tradition, the prayer I should say is in such an instance is Birkat Hagomel, thanking God for rewarding the undeserving with goodness. I appreciate that this is generally a prayer of gratitude — but something about the prayer rubbed me the wrong way. Maybe it was the translation I read online, about God rewarding “the undeserving of goodness.”  Was I undeserving? Was I hubristic for hoping and expecting a safe, normal birth?

Let me be clear: I am extremely thankful for having survived. And yet, maybe I’m an ingrate, but I have mixed feelings about my survival being a sign of pure grace. After all, the whole harrowing situation was something of a mystery: Placenta accreta typically occurs in people who’ve had prior C-sections, or uterine surgeries, or D&Cs, or some sort of trauma. I had none of those risk factors. My doctor estimated that the chances of my developing an accreta were less than 0.01 percent. I am torn on the continuum between “Why me?” and “Why am I the one to survive?”

Now that I’m back home with my kids — my oldest is a few months from her third birthday, the newborn is now three and a half months — I almost feel haunted by my survival. The stark reality of those numbers — one in three, one in three — haunts the mundane aspects of my days.

In the crush of missing pacifiers and bedtime negotiations, it’s easy to fall back into the rhythm of normalcy — or, at least, what passes as normalcy during this pandemic. But in quiet moments — when, say, both kids are miraculously napping at the same time — my mind turns back to the enormity of mortality. Not just as a concept but as an almost-tangible reality.

When my mind turns to these thoughts, I realize that prayer —  many prayers —  are in order. After all, my baby is healthy (if occasionally fussy) and her big sister is hilarious (if occasionally impish).  As for myself, I’m feeling stronger by the day; my healing scar is the semi-smile of a normal C-section. As a white woman, I’m the beneficiary of tremendous privilege in a world where maternal mortality rates are much higher for women of color, especially Black and Indigenous women.

So here is my prayer — to God, I guess, or to the universe, or even to my own sense of self:

Thank you for grouping me with the lucky two in three.

Thank you for allowing my toddler to obliviously swim in her cousin’s pool while all of this was going down. I may have looked like a ghost when I returned from the hospital, but she came home sun-kissed and happy, as though she’d spent a week at camp.

Given the incision the doctors made, I basically underwent both a vaginal birth and a C-section on the same day. So thank you, if nothing else, for those bragging rights.

Thank you to the anonymous blood donor whose cells are still coursing through my veins. Four bags of blood — were there four of you? More? Were you college kids at a blood drive? Were you do-gooders who answered the call for blood when coronavirus first hit? Whoever you were, you saved my life.

Thank you for preserving my uterus. When an accreta is diagnosed in advance, most women undergo a planned C-section and hysterectomy. That’s because most of the dangerous bleeding occurs from trying to disconnect the placenta from the uterus; if you remove the whole thing without trying to separate the placenta, you decrease the risk of hemorrhage. If we’d known from the start that I had what I had, I probably would have had a hysterectomy. Most people in my shoes don’t have a uterus. I do and I am grateful.

Thank you to the two nurses who put my hair in a bun when I was so weak I could barely lift my arms. The accreta was at the top of my uterus, under my ribs, and I was so sore that it hurt to breathe.

Thank you for the nurses who took care of my newborn so I could focus on myself.

Thank you to the nurse who asked if she could pray for me.

Thank you for letting my husband enter the hospital with me, masked and by my side. I can’t imagine how much harder this would’ve been if I’d gone into labor during the earliest days of the pandemic in a city like New York, where women were resigned to labor alone.

Thank you for modern medicine.

Thank you for the fact I was in a real hospital. Thank you for my health insurance. Thank you for the operating room across the hall from the delivery room, the blood bank in the building. I was an uncomplicated case. I’d had two healthy pregnancies. I could have been a good candidate for a home birth or a birthing center. Thank God I didn’t make that choice. If I did, I would almost certainly be dead.

Thank you to the doctor who treated me like a peer and took my questions seriously, rather than trying to palliate me. I feel like I understand now, and that’s all I wanted.

Long ago, I heard somewhere that we should strive for the things we’re grateful for to outnumber the things we want. It’s stuck with me. There are many things I want: a good life for my kids, for other women not to have this traumatic birth experience, the human connection that I hope will return for all of us after the pandemic. But in the meantime, I am trying to headline with gratitude because that’s the person I want to be. So, thank you for my life.