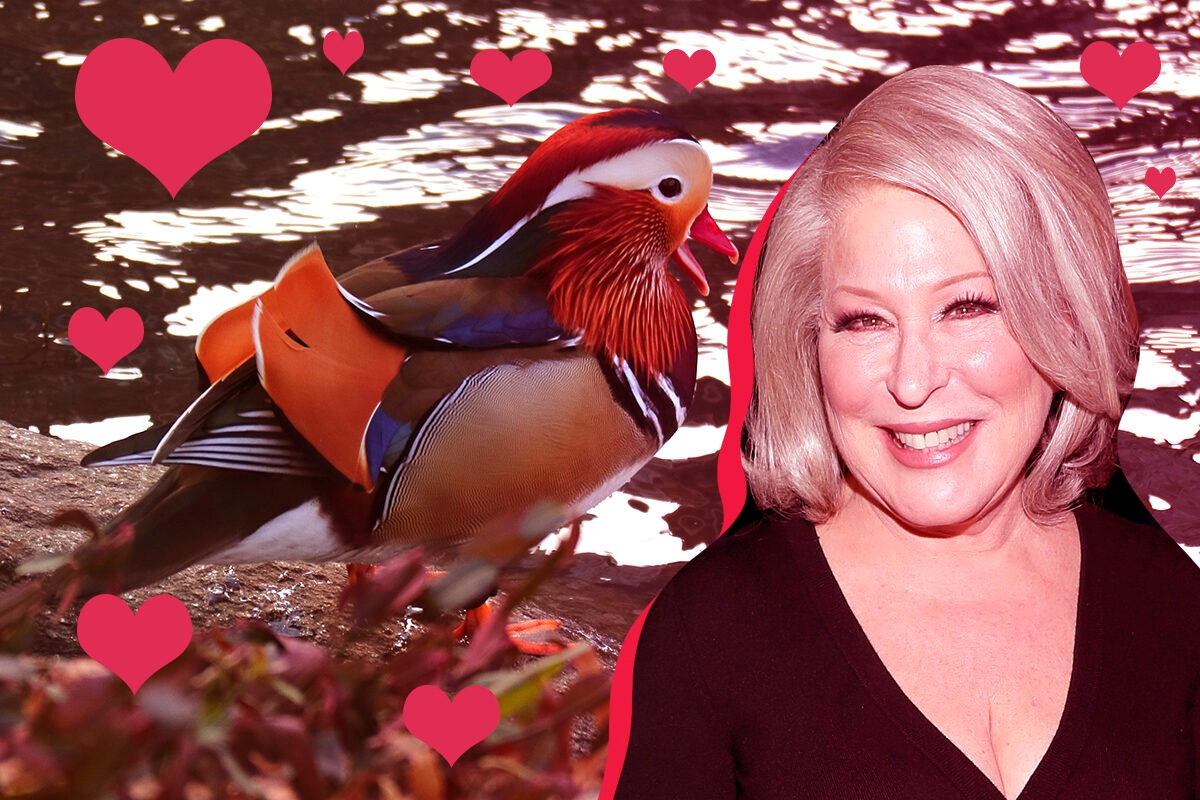 It was a simpler, happier time back in the fall of 2018, when visitors to New York’s Central Park could go around unmasked and undistanced. Suddenly, there, on The Pond, a beautiful and rare creature appeared: a gorgeously plumaged Mandarin duck, native to East Asia. Discovered by the park’s avid birders, the “hot duck” (as it was sometimes called) became a national media sensation.

Now, our favorite diva Bette Midler is set to immortalize this moment of national joy and innocence with a children’s book, The Tale of the Mandarin Duck. This forthcoming book about the duck — which also had the very Jewish nickname “Mandarin Patinkin” —  sounds just like the little bit of sunshine the doctor ordered: It’s all about celebrating the odd ducks of New York City, both feathered and human.

In a statement, Midler said the idea for the book “came to me practically overnight: the duck that had enchanted an entire city. The real duck’s visit to New York was a cause for celebration; everyone who saw him fell instantly in love. I wanted to memorialize his visit, and let readers know that the natural world is full of creatures just like him if we only take the time to raise our eyes and actually see them.”

The book will be illuminated with photos from the New York Times’ literary critic, Michiko Kakutani, who is a friend of Midler and a taker of many candid photos of Mandarin Patinkin. It will also contain additional black and white illustrations from Joanna Avilez, the prolific illustrator whose art often adorns The New Yorker, The New York Times, and many books and magazines and whose style I absolutely love.

Moment of zen – flashback. I found this old iPhone video of our old friend The Mandarin Duck…

The Tale of the Mandarin Duck will be out from Random House on February 16, 2021, and honestly, it can’t be soon enough. I truly can’t wait to read this little dose of happiness (and hotness!) with my kid.