Bette Midler Is a Jewish Delight in Netflix’s ‘The Politician’ 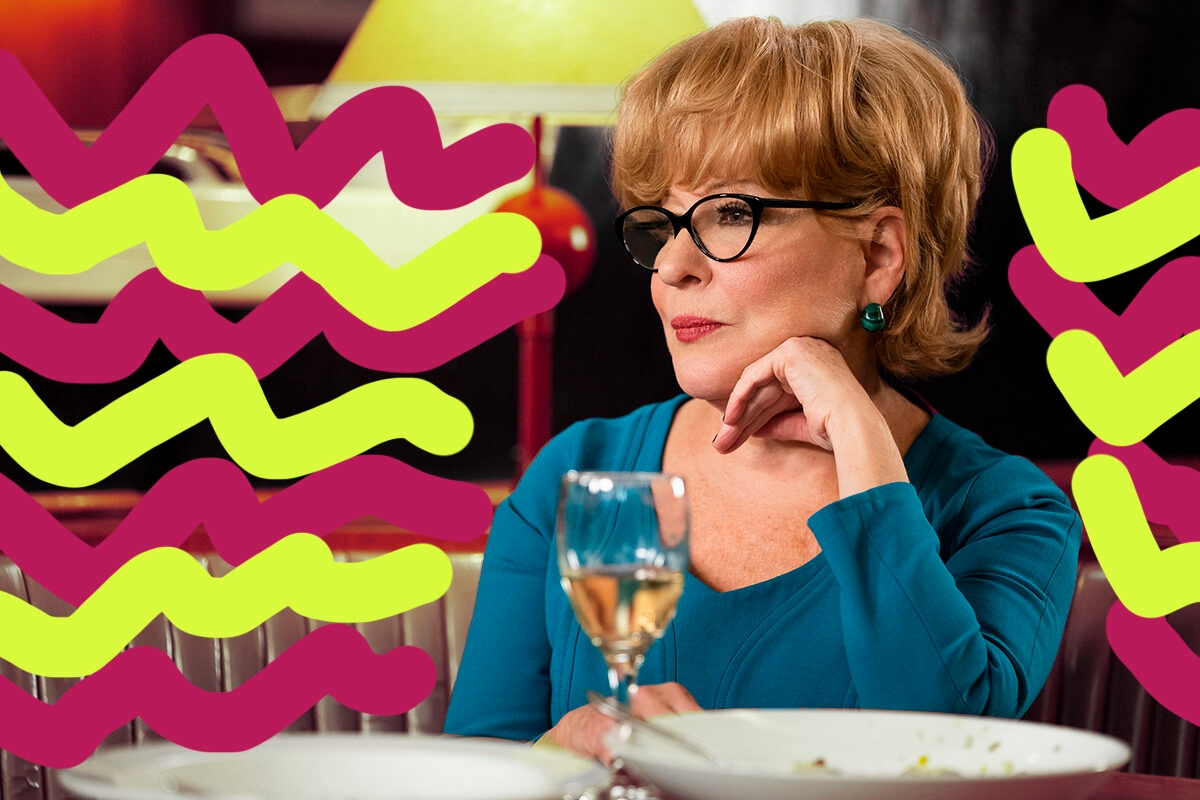 I binged the first season of The Politician, the Netflix series from Ryan Murphy about Payton Hobart, a somewhat emotionless young man with cunning political aspirations, in a week. That’s not because the show is particularly amazing, but because of the considerable appeal of its lead actor, the incredible Ben Platt — whose voice (and original Jewish holiday songs) is like none other. I mean, he performs a rendition of “River” in that season that will make you swoon.

The cast has other delights, including non-binary actor Theo Germaine, gay, disabled actor Ryan J. Haddad, and Zoey Deutch, who is funny and charming as a fictionalized version of Gypsy Blanchard. But it was the season finale that truly made me gasp with joy, because it revealed two amazing new cast members for season 2. The first: The exquisite Judith Light, who was to play Dede Standish, a Hilary Clinton-esque pantsuit-loving New York politician that young Payton will challenge at a primary. But it gets better: Her campaign manager, the delightfully named Hadassah Gold, was to be played by none other than  Bette Midler.

When I saw the actress and the character name, my brain started dinging like a winning slot machine. After all, I work for a Jewish parenting and culture site —  the mix of Bette Midler and what amounts to the “John Smith” of super-Jewy names was an irresistible delight.

Still, I worried how season two would play out. After all, season one was not as compelling as I hoped it would be — but, thanks in no small part to the cast upgrades, I was also excited and hopeful.

Now, however, that I’ve watched all of season 2 — which premiered on June 19 —  I’m excited to report: Bette Midler did not disappoint! (I mean, does she ever?!)

Midler makes me laugh in a way few others can — especially in the midst of a pandemic, during which I’ve listened to her songs on repeat. She’s a comedic legend; there’s something about her confidence, her flair, her Yiddishkeit. And Hadassah Gold is such a wonderful role for her — she’s got the chutzpah, the attitude, and the ingenuity. She goes from not caring about her candidate’s campaign when she’s running virtually unopposed to getting down and dirty when the upstart Payton appears as a competitor.

Ryan Murphy’s and Brad Falchuk’s characters in The Politician are often a little exaggerated — though they never go out fiercely enough to be fully camp. Deutch is a rare exception — in this season she excels as a ridiculous over-the-top version of Jewish environmental activist Lauren Singer. Similarly compelling is Gwyneth Paltrow’s character this season, as she runs to be the governor of California and is so impossibly charming in spite of herself — she can’t do a single thing to become less popular, even when she tries. Those characters give the show a quirky je ne sais quoi that elevates it.

But it’s Midler’s character who has my heart. Hadassah Gold is such a badass! Her wardrobe is legendary, with floral print suits and one purple hat that I absolutely need. And I love that she gets her own romance, with William, who also works on the campaign. William is in a “throuple” (a threesome relationship with Dede Standish and her husband). When Hadassah finds out about it, in order to avoid a potential scandal, she decides to pretend to be in a relationship with William. But Hadassah and William quickly fall for each other — over a conversation about William playing Tevye in Fiddler on the Roof, no less, as he shares how he forgot his lines and sang songs from other musicals instead. “Tevye’s out there singing that there’s going to be trouble in River City,” William recounts, as Hadassah laughs uproariously. It’s adorable.

There’s one storyline in which Hadassah sends McAfee Westbrook, a Hobart campaign mole, to buy her some “spicy lube” (which we understand to mean warming lube, though spicy lube is actually a thing, much to my horror), which could be seen as mocking septuagenarian sexuality. But instead, it’s darling, thrilling, joyful. Gold and William have a truly steamy night (which ends by 10:30 PM, so they still get their beauty sleep), and they even inspired McAfee to want her own “spicy lube”.

Unlike Dede Standish, who is often seen sweatily rollicking with her “throuple,” we don’t actually see the sex that Hadassah has with William — but we still know that her sex life is vital and exciting, and that’s pretty great.

That’s actually my favorite part of The Politician‘s second season — the gorgeous, sexually empowered “older” women in it. From Judith Light to Gwyneth Paltrow to Bette Midler, this season nicely reaffirms what we already know: That even if the media doesn’t often sexualize women over 40, that doesn’t mean that they not having the best sex of their lives.

Hadassah Gold doesn’t talk too much about her Jewishness. In fact, one of the most Jewish lines in the show comes from Payton, who lies about not being able to make it to Sukkot at a local synagogue (which he offered to make an appearance at in exchange for an endorsement) because he ate gluten — “serves me right for being born Ashkenazi,” he says. But that’s fine. Unlike Hobart’s Jewishness, which is weirdly fetishized at times (he is adopted), Hadassah’s Jewishness is casually embedded in her every fiber — and that same applies to Midler, too, of course.

Will season 2 of the Politician change your world? Probably not. But will it give you the tickle you need right now, courtesy of a Jewish legend? Yes, yes it will.