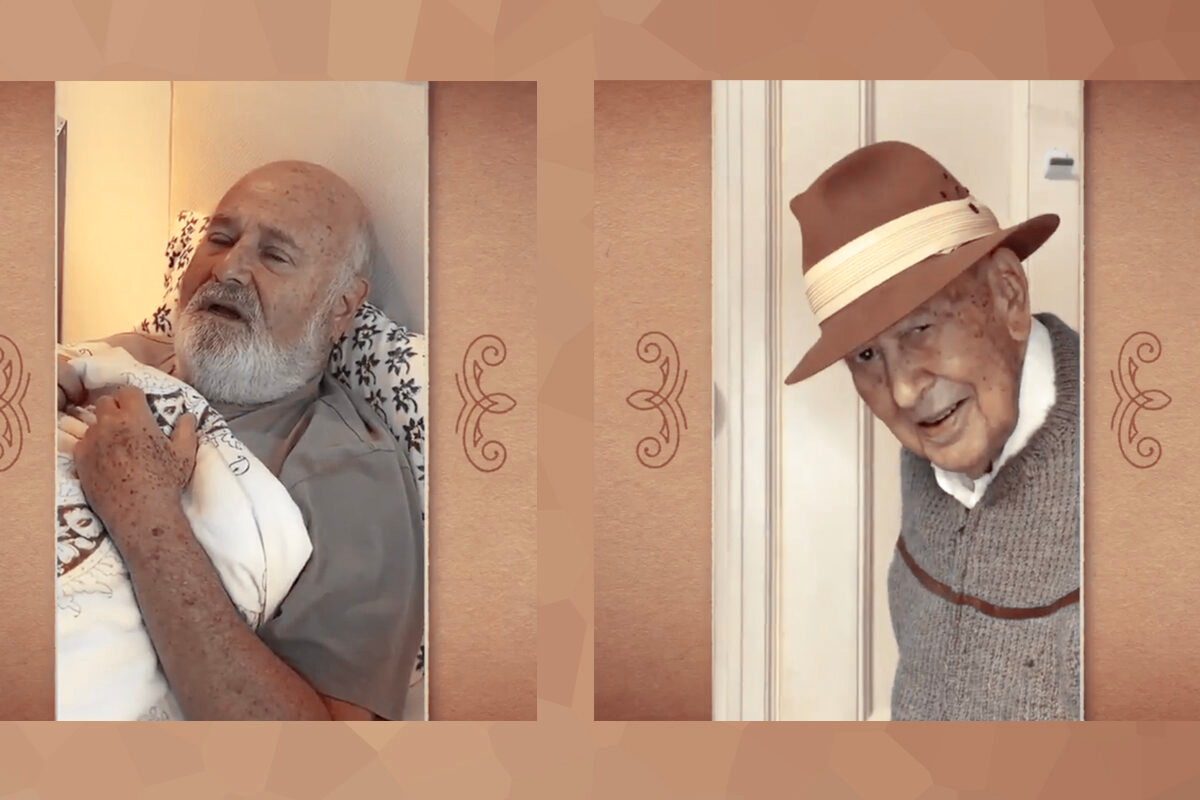 We lost Carl Reiner last week at age 98. The Jewish legend behind The Dick Van Dyke Show and “The 2000 Year Old Man” lived a full and amazing life as a comedian and actor — but his greatest pride and joy was being a dad. Now, it turns out that Reiner’s career has a literal fairy-tale ending, one in which he combined his love for film and his love for his son, filmmaker Rob Reiner.

That’s right, the last scene Carl Reiner was in was a remake of the marvelous ending scene from son Rob Reiner’s iconic 1987 movie, The Princess Bride. It’s part of a charity fan-version of the iconic movie, shot by great actors like Paul Rudd and Josh Gad during quarantine, directed by Jason Reitman, and airing on Quibi.

In the original scene also featured two Jewish actors: Peter Falk as the grandfather and Fred Savage as the grandson. The grandfather is reading the ending of the story of The Princess Bride, but since his grandson previously expressed disdain towards kissing, he simply closes the book and says, “nevermind.” But his grandson beseeches him to continue.

Carl and Rob’s version is a completely accurate and magical remake, and Carl is absolutely charming as the grandfather, still brilliant and sharp at 98. And despite the fact that the scene is well-acted, the love between father and son is palpable — the smiles, the fond looks — adding another layer of meaning. (It’s also delightful to see the younger Reiner, 73, curled up in bed like a kid.)

"As you wish." ❤️ In his final performance, Carl Reiner shares a special goodbye with his son Rob as part of the fan-film version of The Princess Bride: https://t.co/ykEQy1KN5w pic.twitter.com/EgE4djHvRh

The scene was filmed just three days before Carl’s passing, and the Reiner family gave Reitman their blessing use it.

As it happens, the Reiners actually helped inspire Reitman to become a director himself. As you may know, Reitman is the son of Jewish director Ivan Reitman, whose parents were Holocaust survivors.

“The Directors Guild sends out an annual catalog, or at least they used to, that listed all their members and their members’ credits,” Reitman told Vanity Fair. “And when my father used to receive his copy, I would immediately open it and turn to the letter R and follow the names down to Reitman to see my father’s name. Just up the page from him, R–E–I–N, was Reiner. And there was Carl Reiner and there was Rob Reiner. It was the first example that I saw that the son of a filmmaker could become a director himself.”

“I’m a dad myself,” Reitman added. “I can only imagine how thrilling it is to bring to life a scene from your child’s movie, no matter what age you are.”

Carl Reiner was, of course, so so proud of his son’s film career: “He did better pictures than I could’ve done,” he once said.

And his last endeavor was to pay homage to one of those pictures. What a beautiful ending to an incredible legacy — may his memory be a blessing.