Coco Chanel Was My Idol Until I Realized Her Nazi Past 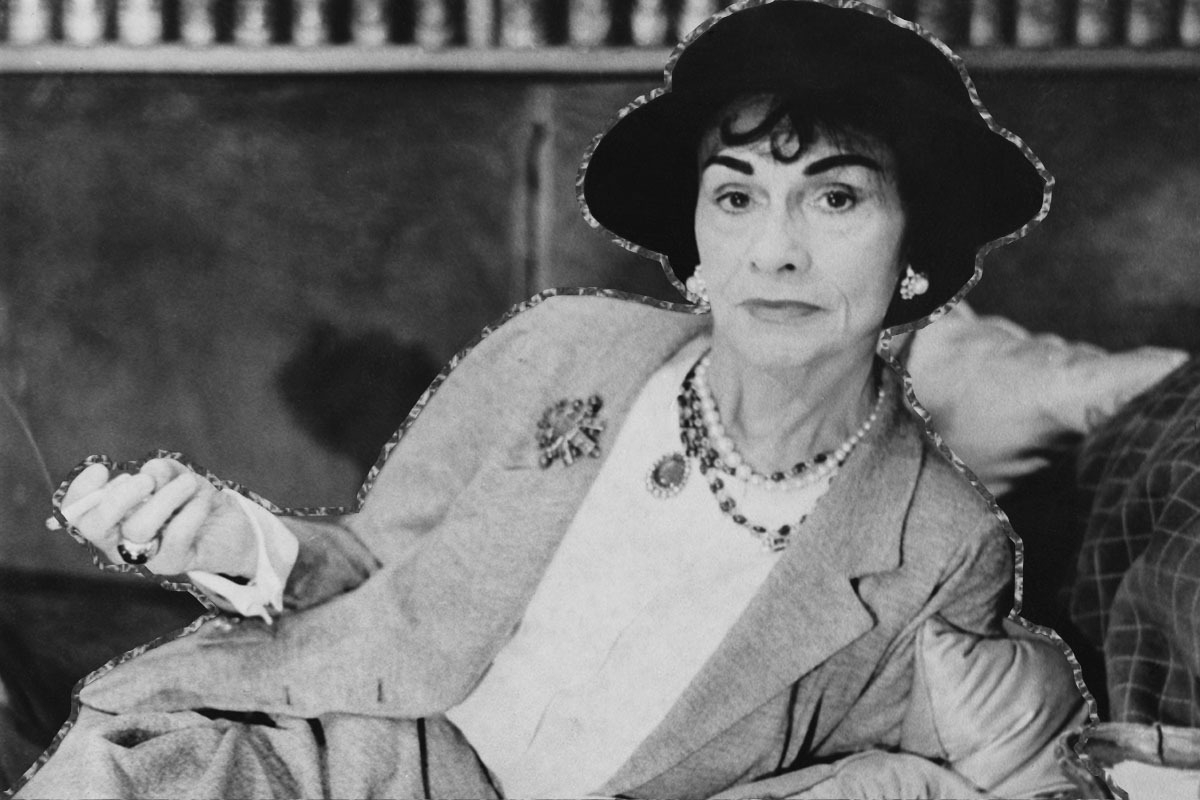 Clothes hound that I am — arf-arf — Women’s History Month takes my mind to Coco Chanel, the woman who made fashion history back in the 1920s. Chanel taught women how to live in their clothing rather than be constricted by it, a concept unknown at the time. Out with corsets and crinolines! On with pants! Little black dress, here we come.

Though my fashion background is more knockoff Sixth Avenue Garment Center (once a Jewish enclave for the needle trades, and home to my dress designer/patternmaker father for 70 years), than haute couture/Champs-Élysées, I’ve long been drawn to Chanel. Not that I can configure or cut out a pattern, but I do know scale, texture, and color. I’ve always been drawn to design, which led me to a long career as an interior designer and, years later, a teacher of decorative arts.

Going back about 15 years ago, while researching a course I was to give on Art Deco of the ’20s and ’30s, I kept bumping into Chanel. The more I learned about her, the more she continued to impress me: Her parents were unmarried street peddlers but she ended up as one of the most powerful women of the 20th century. Hooked by my dolman sleeve, I began to study her. And what a study she was. She draped us in jersey — pre-Chanel, jersey was only used for underwear — slung rows of pearls around our necks, and made it chic to wear junk with the real thing.

I decided she was worthy of her own lecture. Coco Chanel: The Woman, The Legend, I would call it, and I voraciously dug into her life.

Daring and audacious, she bedded Picasso — among others — and hunted wild boar with Winston Churchill, who in a letter to his wife said, “she is very agreeable — really a great, strong being, fit to rule a man and an empire.” A savvy businesswoman, she blazed her name across her shopping bags decades before it was a thing for designers to do.

A woman to be admired, I thought, and took stock of my interior design business thinking how I could promote it. I gave “Spiffing Up for Spring” (or fall) talks in libraries and synagogues; I advertised in the classified section of the Jewish Week (before it was online only); I wrote a design column for a local paper. Chanel helped me build my brand, as they say. But as I continued my research, my impression of her began to change.

She was sexually bold and had both women and men as lovers, and yet she openly scorned gays. She had a vicious temper and never forgot or forgave a slight. A known antisemite — perhaps something she learned in her convent school and never unlearned? — she warmed her bed with like-minded bigots. Her lover for many years was Baron Hans Gunther von Dinklage, “Spatz,” his pals called him, a Nazi intelligence agent posing as a sun-worshiping tennis man while building an espionage operation to spy on the French navy. It got worse: She was not only a “horizontal collaborator” — someone who slept with German soldiers — Chanel herself was an actual agent, aka #F-7124, code name, Westminster.

I was shocked when I discovered this. And as a Jewish woman, I was disgusted. I had looked up to Chanel. I had admired and learned from her. But now, oh my God, she’s a Nazi! The worst of the worst?! What was I to do? Is it even possible to love the work and hate the worker? I wasn’t sure.

At first, once I realized just what despicable a character she was — she saw nothing wrong in her role — I wondered if I should cancel my talk. Would I be doing business with the devil if I moved forward with my presentation? And what would I “present” about her Nazi affiliations if I did? I wasn’t about to sluff over what I knew because it broke the easy rhythm of my presentation — not by my turtleneck sweaters and turned-back cuffs, two of her fashion innovations for women taken from menswear.

Fortunately, I began to see my discovery as an opportunity, a responsibility as Jew and educator to let the world know (or, at least the 25 to 75 people who typically came to my talks) about how she lived in her apartment at the Ritz Hotel and palled around with Hermann Goering, Hitler’s second-in-command, who ran the German operation from his suite there. How she tooled around town in her snazzy Rolls Royce while, blocks away, Parisians were eating out of garbage cans. How, yes, I had once desperately coveted those quilted bags and nubby tweeds, but now I saw them as tainted.

Sure enough, at synagogue one morning, after they announced I’d be giving my presentation the next day, a woman jumped up from her seat. She demanded to know how anyone could give a talk about an antisemite in a synagogue.

How could I not? I thought. I said from my seat, “I wondered about that, too. Come tomorrow and you’ll find out!” She didn’t show, but she piqued the interest of many who wanted to learn about this fashion icon/antisemite.

And there was Chanel in my talk, laid out in all her glorious and inglorious light. And she’s been there since, in all the talks I give to libraries, synagogues, and continuing ed classes. Guaranteed, she’ll be there in my next one, outed for all she was worth.

Biographers have been battling Coco Chanel’s legacy for years: she was a Nazi; she wasn’t; everyone did things to survive during the war. When Hal Vaughn’s Sleeping with the Enemy: Coco Chanel’s Secret War came out 2011, documenting her Nazi past, the brand discredited it. But as recently as October 2020, the House of Chanel grudgingly opened its shutters. In a Forbes magazine article covering a retrospective of her work at the Palais Galleria, the brand said, “The actions that some have reported in no way represent the values of Chanel today. Since that time in history, the House of Chanel has moved forward well beyond the past of its founder.”

Today, Chanel is owned by the Wertheimer brothers — who are, ahem, Jews. In 1924, their Grandfather Pierre funded Chanel No. 5, the perfume, and garnered a major share in the business. As sales skyrocketed, Chanel used the Nazi dictum that Jews couldn’t own business and tried to take back the company. But Pierre and his Yiddishe kup saw it coming and sold his shares to a gentile friend — who then sold the shares back to him after the war.

The question as to why Papa Wertheimer did business with a known antisemite is left for us to ponder. Does it cut us some slack, though, and give us some leeway to like madam’s wares? That’s debatable, but there’s also this: Leeway is not needed to kvell about how, at present, the House of Chanel’s net worth is some $15 billion, and is owned in its entirety by the Wertheimers. As the “first man of French fashion,” Didier Grumbach, told the Times in 2002, ”Designers will come and go, but Chanel will always be Chanel. And the Wertheimers will always be behind it.” Take that, Coco!