Coronavirus Is Sparking a Creative Renaissance 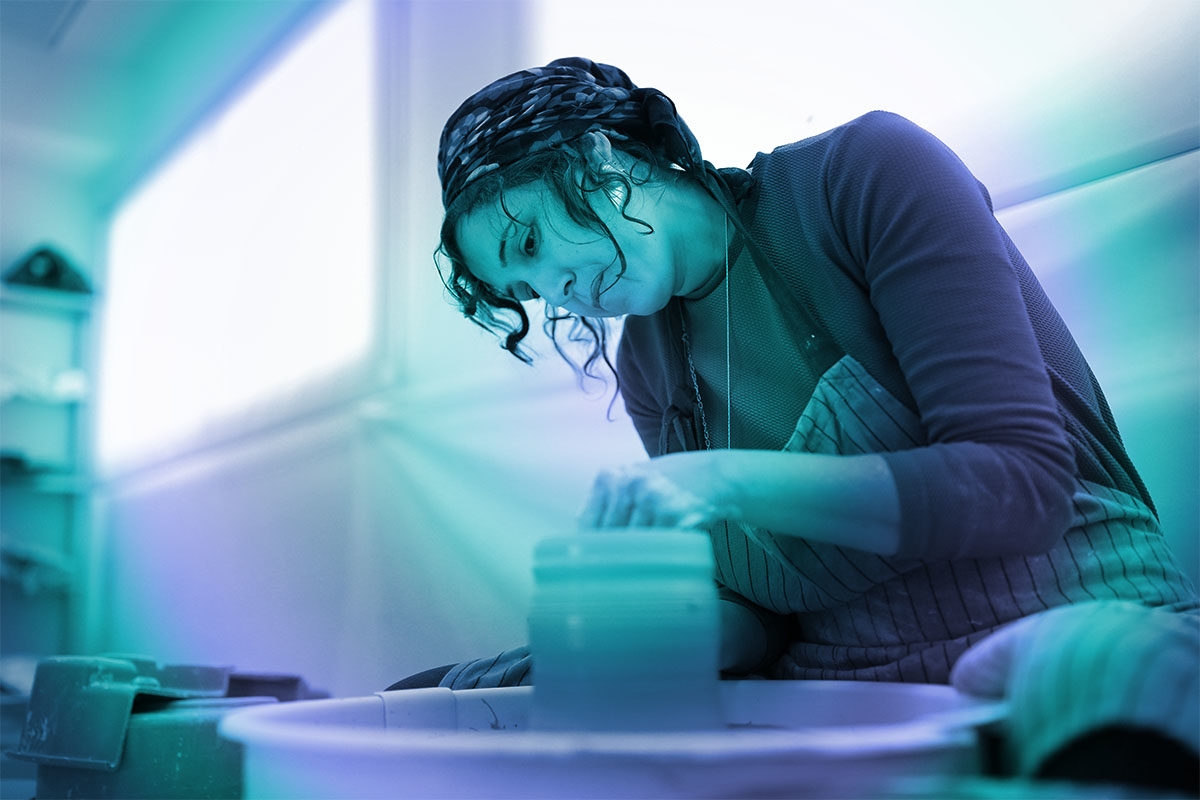 During my family’s fourth dinner in isolation in our suburban kitchen two Sunday nights ago, I told my husband and two teenagers about all of the things my friends made and did over that first weekend while they stayed home. One friend baked a beautiful challah for the first time in her life, another made some very cool beaded jewelry, another organized a closet in a way I had never seen before, and even I managed to make major progress on knitting a scarf I had long since forgotten about.

My husband remarked with confidence, “There will be a creative renaissance to come out of all of this time in isolation.” I nodded in agreement.

Since our conversation, I’ve been thinking a lot about these words. A creative renaissance, huh? I can see it happening in my own world of writers and books: I’ve talked to writer friends who are hunkering down in hopes of at long last writing the next great American novel or digging deep to tackle the memoir that they weren’t sure they could ever find the time or space in their heads to work though. A few have already written some pretty amazing essays and articles while at home during the quarantine. And, for those friends whose book launches and tours have come to a halt by social distancing, I’ve witnessed virtual book events come to life in a way I once never thought possible.

In the midst of the unsettling, unknown, and unprecedented days, weeks, months — and, well, let’s face it, who really knows how much more time ahead? — there is so much bad news. From the rising infection rate of COVID-19 to the uncertainty of the upcoming presidential election, there are so many negative things to perseverate on.

However, as an eternal optimist/born-on-a-sunny-day kind of gal, I have to hold on to something good, and for me, that’s this notion of a creative renaissance. It is, in part, what is getting me through this right now.

And so, I did some research. Shakespeare wrote King Lear soon after the turn of the 17th century, during a wave of plagues throughout London. In 1665, when the Bubonic plague struck England and Cambridge University closed, Isaac Newton went home from university and then discovered calculus. And don’t forget that the actual Italian Renaissance began to take shape in the 14th century, after the Middle Ages when the Black Death (a global epidemic) struck Europe.

Yes, these are world-class examples. But, still, we can ask ourselves what we can write/make/create/discover/change/figure out during the coronavirus pandemic? The options seem limitless. For example, I have a friend who works for a large company, and he has always wanted to learn about graphic design (which is not his field at all). During his isolated evenings, he is taking online courses about how to use Adobe Illustrator and Photoshop, and he hopes to get a portfolio of design work together. Perhaps he will design the next Nike Swoosh or Amazon Smile? Launch a graphic design firm? Hire more designers looking for work in the wake of the economic devastation the world now faces?

I’ve seen so many yoga and other exercise studios offer livestream videos of amazing previous in studio classes. I’ve tried a couple and so have several of my friends. We have had to get creative at home in taking these classes. I used one of my husband’s ties in lieu of a yoga strap and my son’s partially deflated basketball as a yoga block. They worked! As I watch some of my favorite local studio yoga instructors stream out through my iPad in my basement, I wonder if perhaps they will gain a new and much larger audience as they spread their skills and abilities across the country?

I wonder if the at-home challah (or cupcake, cookie, brownie) baker will bring her treats out to her community on a larger scale and open up the bakeshop she always wanted to, or perhaps maybe never considered before now. Personally, I’m thinking of virtually hosting a baking class on how to make my “famous” chocolate chip cookies, which have become a staple of so many of my parties and book events. I already have a few people interested in it.

Perhaps the dining room table jewelry maker will start selling her designs online? Maybe one day she can open a storefront? Even sell her items on a national level? If they are anything like my friends’ homemade designs, I would certainly take a look. Ditto for all the knitters out there, too.

I’ve seen some pretty amazing dinners prepared with pantry staples in the last few days. I never knew you could so much with rice and lentils, or canned tomatoes and pasta. I’m imagining a series of cookbooks being developed at someone’s kitchen table right now — “Weeknight Pantry Dinners?” or maybe “Cooking with Staples Only?”

And then there are the parents who are now working two-plus jobs every day. If they are lucky enough to work from home, they also find themselves becoming homeschool teachers — which means they are being creative all day, every day.

I watch the news, read the paper, and listen to the podcasts a lot (maybe too much?) these days. I am saddened, scared, and worried about so many people getting sick, people dying, hospitals and healthcare workers trying to help others without having the resources or supplies they so desperately need. I see small businesses closing, employees getting laid off, and I wonder what all of this means for our near and distant futures.