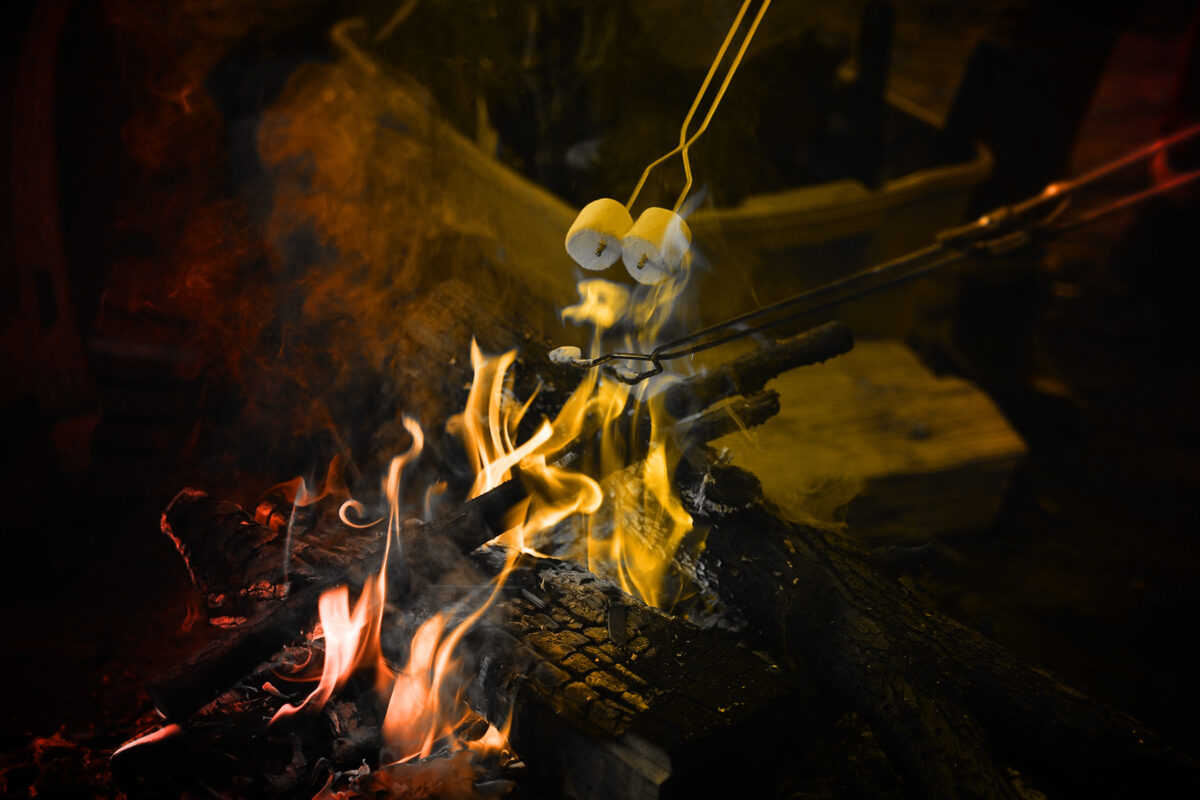 A couple of weeks ago, I wrote about how summer camps should just make the call and close for the summer. Now, I’m not an expert — I’m just a very tired mom of a toddler, who was looking at the facts, and who couldn’t handle the luminous hope of childcare (precious precious childcare) dangling over her already overtaxed head when the likelihood of camp running, especially in Brooklyn where I reside, seemed ever so slim.

But Aaron Glickman, a project manager for the University of Pennsylvania’s Department of Medical Ethics and Health Policy, and a policy analyst at the Leonard Davis Institute of Health Economics is, in fact, an expert — and he does have some good news for some of you who are hoping against hope for summer childcare (blessed, blessed childcare): He recently co-authored an op-ed for The Atlantic that was originally titled a “Summer Camps Should Reopen.”

While many on the internet were quick to judge the piece (possibly thanks to its oversimplified headline), the piece — co-authored with Dr. Ezekiel J. Emanuel, an oncologist, bioethicist, and vice provost of the University of Pennsylvania, and Amaya Diana, a fellow researcher at the University of Pennsylvania — is not a blanket endorsement of re-instating all summer camps across the country. “Absolutely not,” Glickman reiterates to me over Zoom. “We do not believe in radical reopening.”

Rather, it’s a nuanced article that argues that day camps that can reopen (and that, unfortunately, is not all day camps), in a way that’s safely adapted to the reality of this pandemic, should consider doing so.

“My team has been trying to think through issues of so-called ‘return to normalcy,’ thinking through the economics of it, but also the social-cultural issues involved,” Glickman says when I ask him about how the article came to be. “And an issue that was that came up and that was near to my heart is that there is an undervaluation going on with children’s well-being.”

The benefits of camp is something that Glickman, 29, knows first hand: He grew up Pennsylvania in a Conservative synagogue and went to Camp Ramah in the Poconos.

“Currently, much of the discussion about how to quote-unquote open up features bars, restaurants, churches, coffee shops, etc., whereas the most damage being done is to children’s well-being who are uniquely ill-suited for social isolation,” he explains. “And all the things that we’re doing — ripping them out of school, being away from friends, taking away structure — is extremely damaging to them in a way that should be taken seriously and actually have some privileged consideration ”

Plus, he adds, the truth is that so many of the places we want to reopen can’t do so if their employees don’t have childcare.

So Glickman and his team started looking at what it would look like to open camp this summer, both “in the near-term, for children’s well-being over the summer, and also to test out frankly, how well we can bring back normal things for children, specifically looking towards schools in the fall.”

So, what do day camps need to consider when reopening? The first thing is local conditions. “If you’re in a state or locality with a stay-at-home order, it can’t happen,” Glickman says. “I do not think there will be a summer camp that can open right now, with kids coming out of Brooklyn and Queens, unfortunately.”

But, he adds, “If you’re in an area where there isn’t a very serious Covid-19 outbreak, think about ways to restructure camps such that you could have some semblance of camp.”

Basically, he explains, camps need to have a plan to shut down if infection and spread occurs. One necessity, he says, is “podding,” separating campers into smaller, permanent groups.

“You go camping, you have your 12 kids in two pods as the only people we really hang out with at camp,” Glickman explains. “That way if some kid gets sick you can much more easily contact trace who was exposed to it.”

Other changes are necessary, too. “Things like communal meals are kind of not gonna happen — pods might pick up bagged lunches and eat together,” Glickman says. “There are also issues of when you arrive at camp; first and you wash your hands thoroughly. Parents [may have to] sign an agreement that the kid comes home and take a shower to try to limit the in-and-out spread, though there’s going to be some of it.”

Glickman knows that this is not ideal. “It’s gonna feel weird a lot of kids, but I do think it’s better than the alternative of being stuck at home,” he says.

If your camp is considering or planning to open this summer, there’s a lot for parents to think about. “These family needs to figure out what their risk tolerance is,” he says.  “Everything in life is a balance of risks and benefits, camp included. I went to summer camp for many years. I loved every minute of it; I also had the worst broken legs of my life.”

“Parents will need to decide what their response is. If you’re a household where you have one or two older parents with some morbidities… it just may not be feasible and that’s the way it is,” Glickman concedes. “If, in my household, my wife and I are both healthy, if we were both able to work from home and we had a kid we’d be like, ‘Alright, sure, you know, we’re willing to take that risk a little bit.'”  (Glickman does not have children, but he tells me summer camp would be an important part of any future kids he and his wife may have.)

Ultimately, Glickman says, families will make their individual decisions, based on their specific risk factors, and, obviously, comfort levels.

What about the risks of infection? As Glickman points out, “at this point, we can be pretty confident, not in the exact amount but in the general statement, that it’s not as bad for kids in a substantial way. And kids seem to get it a lot less frequently and when they do they perform they are much much better with it. So the risk is really to the adults involved. Luckily with day camps, most of the counselors are 16 to 22.”

Sleepaway camps, by contrast, are a different story. “A non-expert would say, well, they’re closed communities…  quarantine everyone for two weeks beforehand and test them on coming in — great, right? And there’s a theoretical case for that,” he says. “But the practical issues are harder for sleepaway camps because they are close communities, and if we miss an infection and something breaks out, it’s much harder to stop it.”

“The reason that day camps might be a better place to start is they’re easier to start and stop,” Glickman explains. “They’re a lower risk in general. And you can more easily keep people outdoors all the time — being outdoors is a very big risk mitigator.”

I asked Glickman if he had any advice for families without camp — specifically, what parents can do to mitigate their kids’ loneliness this summer.

“I would say that I’ve heard interesting stories about people coming with friend pods for kids to have, like outdoor playdates, with only a certain set of kids,” he says, reiterating that he himself is not a parent, and this advice is not meant to be prescriptive. “I would try to think about what common-sense, risk-mitigating ways there are to get some socialization for kids. Everything is a matter of degrees, right?”

“When we say ‘stay six feet away from people,’ that’s not because after six feet, it [the risk] drops to zero, right? That’s because six feet is better than five feet is better than four feet is better than three feet… ” he says. “And a similar logic can apply for children. If you have kids who have friends, and their parents are comfortable with it, and you can arrange in a hangout near a front stoop or something like that… There are ways to do that that are, again, not perfect. And you should do your best to wear masks, wash your hands, and refrain from indoor hugging and things like this. But you don’t need to live in total fear. Think through what your family’s risk profile is and what’s worth it.”

Our conversation made me feel resigned — which sounds like a bad thing, perhaps, but maybe it’s the best we can hope for right now. After all, our had our government handled this pandemic better, we would have had a chance to have some normalcy this summer. “Other countries had serological testing within a week of the virus being discovered,” Glickman says. “The U.S. rejected those tests, and our inability to develop widespread testing and tracing are why we are in the situation.”

Given the lack of federal oversight, ultimately, as Glickman says, families will make their individual decisions, based on their specific risk factors, and, obviously, comfort levels.

I’m not sure if summer camp is going to happen for my son this summer, even if my local camp still is sending me e-mails to the contrary (and I’d love to be proven wrong). But I am committed to making this a better summer for him.

This lockdown isn’t tenable — I am tired; my son is frustrated. There is a middle ground of small risks that I can take this summer to make our lives better, especially in the warm weather and outdoors, where the risk of contagion is low, like a socially-distanced visit in a suburban friend’s backyard.

“We have to be more creative these days,” Glickman says. “We have to start thinking about a phased opening of society. We’ll never get back to normal for a long time, but we have to be creative about like building society back up a little.”