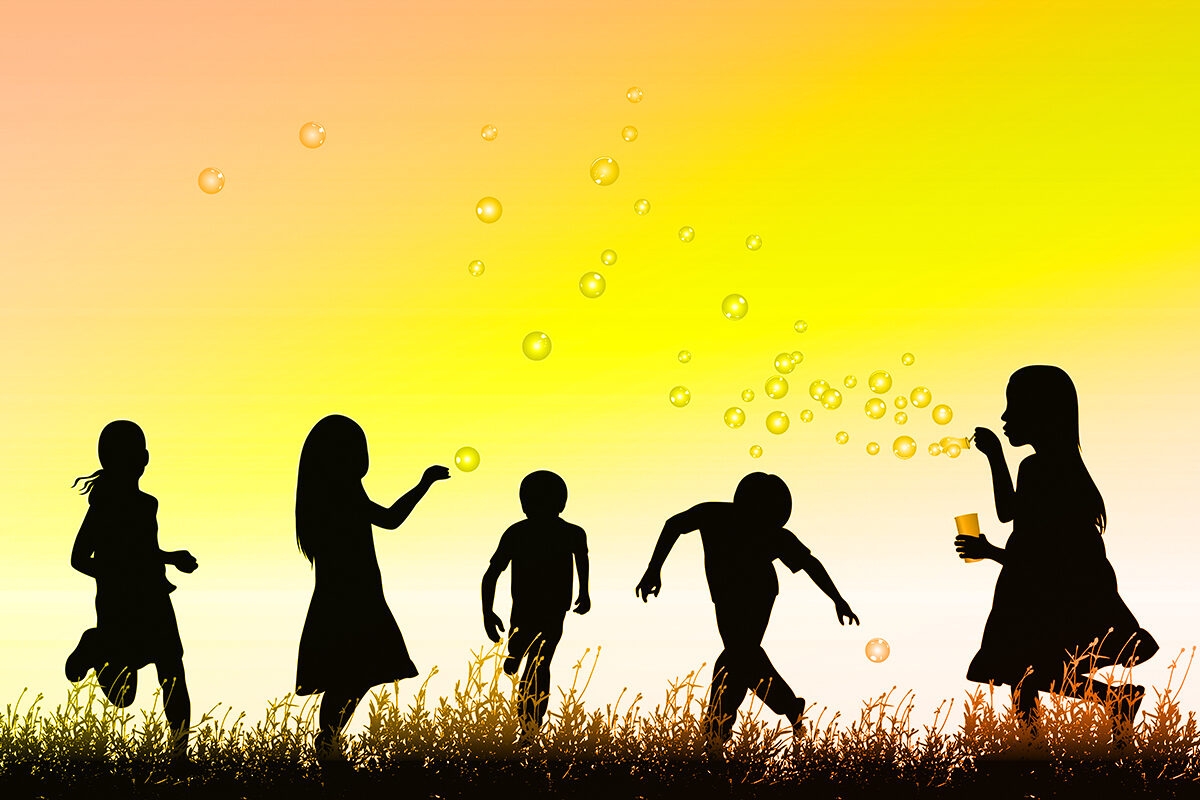 Ready or not, the pandemic summer of 2020 has begun. As parents across the country scramble to find ways to entertain their kids at a time when so many summer camps are closed, some Jewish families found a ready-made solution: neighborhood “backyard camps” that have long been popular in many Orthodox Jewish communities.

Each summer, across the country and in observant Jewish communities, in particular — including neighborhoods in and around New York and Chicago — unofficial backyard summer camps are a fixture for young children. The formula is simple: A few families get together and pool resources in order to keep a small group of kids safe and entertained at a fraction of the cost of traditional summer camps.

True, there’s no horseback riding or archery lessons. But, hey, especially for little ones, sprinklers, bubbles, sidewalk chalk, and lots of snacks are all it really takes to entertain young kids. Local teens — often older siblings to the campers — typically serve as the “counselors” for these informal groups; among observant Jewish communities, these teens are often used to looking after numerous younger siblings.

Of course, in many ways, informal childcare collectives are nothing new — after all, since the dawn of humankind, families (and mothers and daughters, in particular) have banded together for the collective care of their offspring. What seems to set these Orthodox Jewish groups apart is the fact that they address needs specific to observant families: gender-separated activities, kosher food, and an atmosphere that maintains a high level of modesty.

True, any community — of any religion, anywhere — can band together a few families, hire a babysitter, and call it “camp.” But these arrangements are particularly common within Orthodox Jewish communities, likely because members tend to live in close proximity to one another and share a deep sense of communal responsibility. These families often have a lot of children, greatening the need for economical alternatives to traditional camps. What’s more, when it comes to staffing these groups, Orthodox Jewish high schools typically have steep chesed (“kindness”) requirements: Teens are obligated to do a certain amount of community service projects each year, and many of these kids run backyard camps as a way to fulfill their requirements.

This year, with so many summer camps shuttered due to the coronavirus pandemic, more and more Orthodox families are creating “backyard camps” for older kids as well. Though there are potential downsides to this arrangement — namely, possible spread of Covid-19 — for many families, the benefits of these informal, mostly outdoor camps outweigh the risks.

Beila — not her real name —  recently graduated from her Orthodox girls’ high school in Chicago. She was planning on working at her local JCC as a lifeguard and swim teacher this summer, as she has for the past four years. But this year, the pool is closed.

So instead, Beila decided to organize activities for middle school girls. “My sister’s camp was canceled,” she explains. “My mom needed entertainment for her so I’m watching her friends.”  In accordance with Illinois state public health guidelines, they only meet outdoors, face masks are required for all, and she’s capped her group at 10 participants — which meant she had to turn several families away.

When it comes to interest in such camps, “there’s definitely an uptick,” Beila’s mom observed.

Before launching the makeshift camp, Beila’s mom checked in with their pediatrician, who confirmed the reduced risk of transmission so long as the kids are outdoors. The only time the girls will be inside is when they have to use the bathroom, and all of them will be taught proper usage and cleaning techniques in order to risk any potential spread of the virus.

Within these religious Jewish communities, the close-knit bonds among members increase the sense of collective responsibility for their kids’ safety.  “I know all the families,” Beila’s mom explains — echoing the sentiments that many others told this reporter. This intimacy makes it easier for families to trust one another and to carefully limit groups to a small number of families who take social distancing seriously.

Still, even with safety precautions in place, many parents have concerns about letting their kids socialize with other children. “We haven’t left the house since March,” explains Shaina (not her real name), a New Jersey mom who agonized over her decision to send her 12-year-old son to a backyard camp near her home. “My father passed away after Purim from Covid.”

Shaina, too, has underlying health issues that she fears make her more susceptible to the virus. But her son, who was previously scheduled to attend a Jewish overnight camp, hasn’t seen a soul since March. “I don’t think it’s a perfect solution,” she says about her son’s new summer plans, “but I hope it’s okay because our [Covid-19] numbers are down here.” At her son’s camp — run by a college student who is home for the summer — sports, games, and bike rides are on the agenda for the group of eight or nine boys.

“I was a little bit worried,” echoes Batsheva (not her real name), an Israeli-born mom in Chicago whose 18-year-old son, Binyamin, is running a backyard camp for his 13-year-old brother and his friends. “But I worry more about my kids sitting at the computer all day long. My little son is sitting all day looking at his computer; for three months we were sitting  — we need to get out.”

Binyamin is used to working with kids: He previously worked as a camp counselor and he was supposed to lead the sports program at a Jewish summer camp this year. The camp didn’t open, so instead, he decided to volunteer his time: “I’ll do my own camp,” he says. “I saw my brother playing on his computer a lot, and thought maybe [I’d] get him active. I want to make the kids happy and show them a love of sports.”

Demand is so high for Binyamin’s services that he’s had to turn away families, he says. Like other teens running backyard camps in the Orthodox community, he knows all the families participating. That helps families feel safe sending their kids, realizing that other people are taking social distancing seriously, too.  “We do our best to distance,” he says, adding that his charges disinfect their hands several times during their two-hour daily sessions. “It’s been pretty good.”

Talia, not her real name, a 20-year-old college student in suburban Chicago, has worked as a counselor at a Jewish summer camp for two years. When her camp didn’t open this summer, she decided to put her camp-counselor skills to good use: She’s running an informal camp for a small group of girls who were planning on bunking together at an overnight camp. The girls’ parents pay her a babysitting rate for watching and entertaining their kids.

At Talia’s “camp,” they do something different every day. Recent projects have included arts and crafts and making blankets for a local nursing home. Her campers’ families feel comfortable enough that they’ve expanded their social distancing bubbles to include one another. As such, the group alternates between four houses: they can build bonfires at a firepit at Talia’s parents’ home, watch movies at another’s, and one camper’s house even has a pool.

Regardless of amenities on offer, this sort of collective, we’re-all-in-this-together spirit is a lesson that other communities might want to emulate. As we all grapple with ways to safely expand our quarantine bubbles in order to allow our kids some semblance of summer fun, “backyard camps” might offer a solution to help children safely socialize and enjoy this season.