Doug Emhoff Is a Cool Jewish Dad With Tattoos 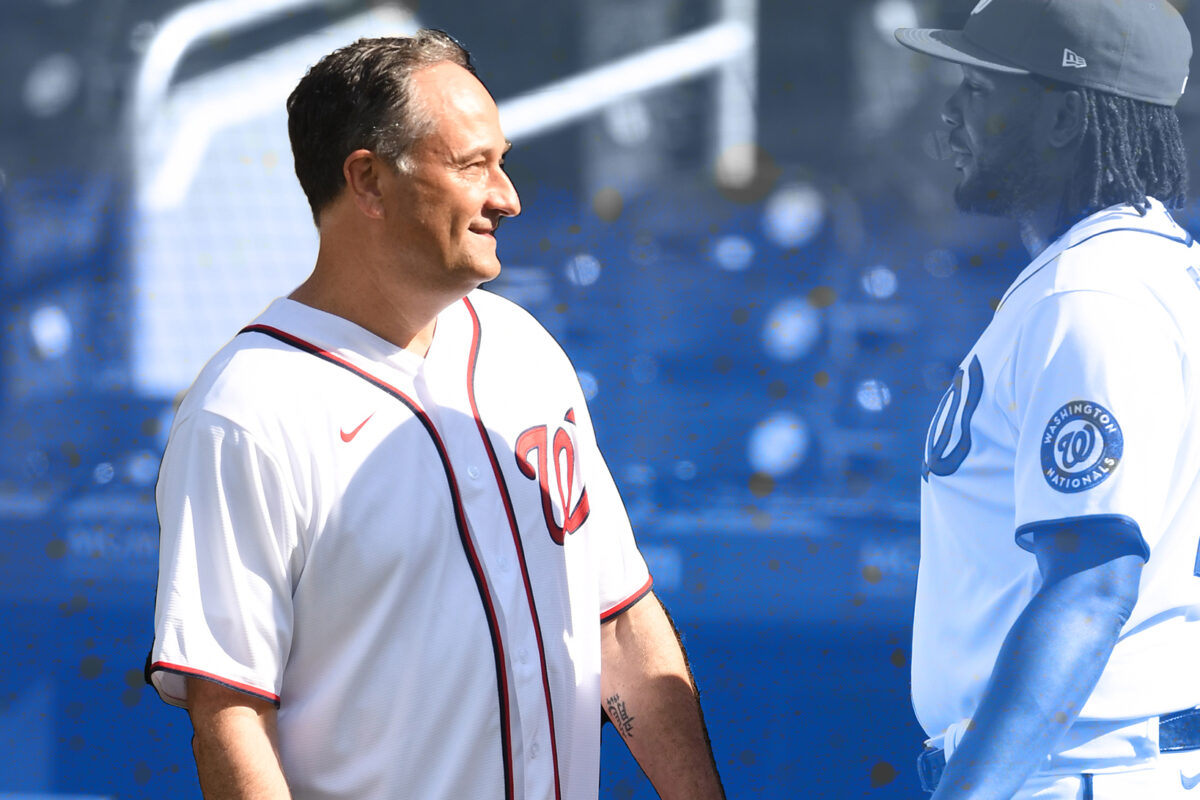 Doug Emhoff, the first Jewish second gentleman and husband to Vice President Kamala Harris, is a pretty dapper fellow. He can often be seen wearing a blazer, whether as part of a three-piece suit or more casually matched with denim pants and a fun button-up (or even a t-shirt!). But if you ever do catch him in short sleeves, you may notice that under those tailored jackets… is a cool dad with tattoos.

A recent Washington Post profile revealed the meaning of Emhoff’s three black and white tattoos, which all adorn the inside of his left forearm — and as a parent, I must say I am not surprised.

Yes, like many loving tattooed dads, Emhoff’s permanent adornments are an ode to his children. Two of his three tattoos are a reminder of his offspring. One is of the letters “CME,” the initials of his older son, Cole Mackin Emhoff, while the other, “ERE,” stands for Ella Rose Emhoff, his youngest daughter.

Emhoff had Cole, 27, and Ella, 22, with his first wife, Kerstin Emhoff, a film producer. The two divorced in 2008, and Emhoff married Harris in August of 2014 in a ceremony that incorporated Jewish traditions like the breaking of the glass. Emhoff and Harris often discuss how tight-knit their modern family is, with the kids calling Kamala “Momala” — a very Yiddish-sounding combination of mom and Kamala.

In fact, Emhoff’s third tattoo is a romantic reminder of his wife: It’s a tattoo of a dragon — the Chinese zodiac sign for the year in which both he and Harris were born (1964).

Whatever you think of tattoos, it’s pretty sweet that Emhoff has a constant reminder of the three people he loves most on his body. If I ever got a tattoo (sorry Mom), I would definitely get a tribute to my own children.

Of course, Jews and tattoos is a controversial topic with many (coughmyJewishmomcough) who believe that it should be taboo. In fact, most rabbis still agree that tattoos go against Jewish law.

“The idea that you can’t be buried in a Jewish cemetery is a myth. Caring for the dead is one of our greatest mitzvot (commandments). So the idea that we would cut someone or burn the tattoo off or any number of myths are just that. We don’t desecrate human bodies in burial,” Rabbi Patrick told Alma in 2018.

More importantly, having a tattoo does nothing to keep one from leading a full Jewish life. Tattooed Jews should always be welcomed in Jewish spaces. As My Jewish Learning  asserts, “transgressing a particular commandment does not result in one’s exclusion from synagogue life. While some traditional communities might find it unseemly for a member with a visible tattoo to lead services or read from the Torah, there is nothing in Jewish law that requires someone be excluded.”

The fact of the matter is that there are a lot of incredible Jewish tattoo artists, like Joey Ramona and Miami Ink’s Ami James.

More than that, there are a lot of Jews with tattoos. Some of them even claim that these tattoos help them feel more Jewish. And yes, that contingency of tattooed Jews includes Doug Emhoff — arguably the most prominent Jewish person in this country.

So yes, aside from being the first person to affix a mezuzah in the Vice President’s residence and light a menorah there, Emhoff also serves as a reminder that Jews with tattoos are totally a thing, and that they can spread Jewish love, and Jewish pride, just as well as anyone.