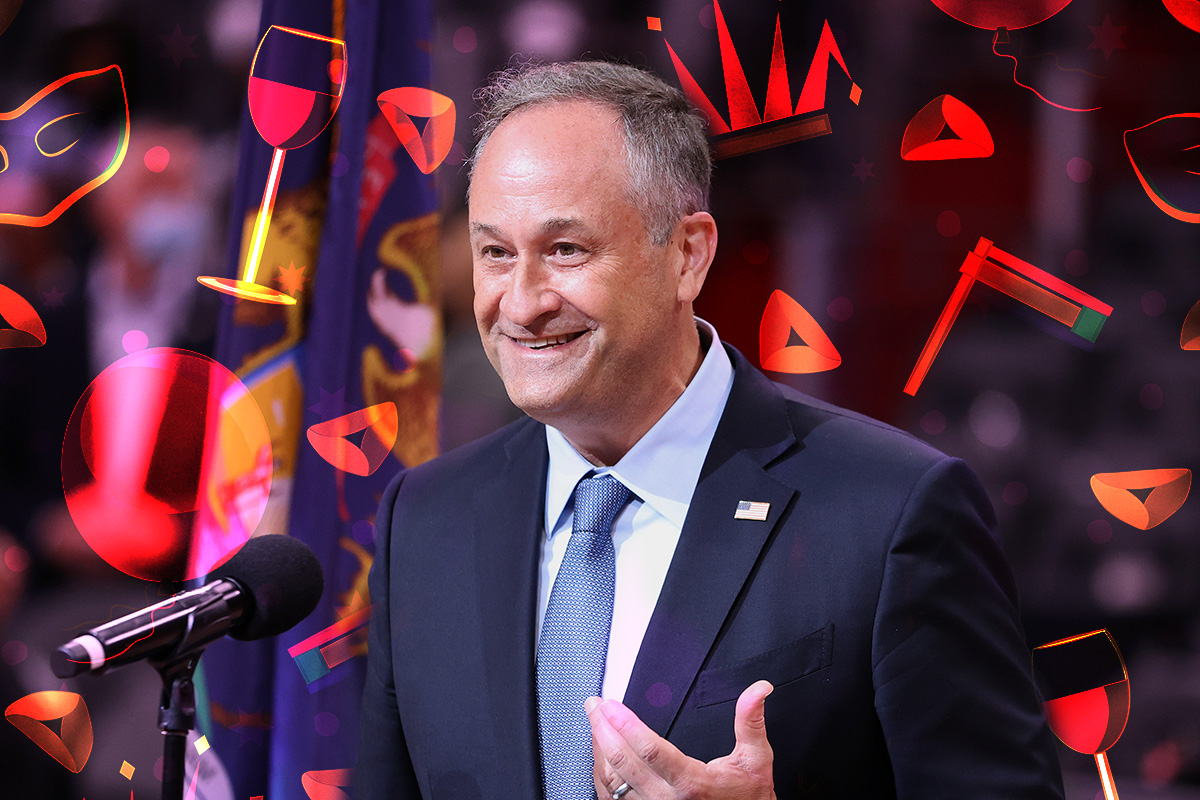 Second Gentleman Doug Emhoff is all about sharing his Jewish culture with the world. He’s paid tribute to his idol, late Jewish Supreme Court justice Ruth Bader Ginsburg. He’s posted about hanging a mezuzah at the VP residence and rocked the yearly White House Hanukkah party. Yet, even we were surprised to find him talking about Purim.

While Purim, the holiday that celebrates the rescue of the Jews of ancient Persia from annihilation, is a major (and parody-filled) holiday for all those who celebrate it, it does not usually get much fanfare from Jewish celebrities (unless they’re Gal Gadot), at least not compared to Hanukkah and Passover.

Despite recently testing positive for COVID-19, Emhoff found the time to share a little Purim message about resilience with his Jewish followers:

“Today on Purim, we remember the bravery of Queen Esther, celebrate the resilience of the Jewish community, and honor the timeless lesson that we must stand up to hate wherever it exists,” Emhoff wrote on Twitter.

Today on Purim, we remember the bravery of Queen Esther, celebrate the resilience of the Jewish community, and honor the timeless lesson that we must stand up to hate wherever it exists.

It’s a moving message at an especially fraught time, as war rages across the ocean in a year that has already seen one major antisemitic attack here in the U.S. as well as a rise in other hate crimes, like anti-Asian attacks.

To be clear, we’re not surprised that the spouse of the first woman to become Vice President in the U.S. is celebrating a Jewish biblical heroine — go Queen Esther!

Chag shameach and refuah shleimah, Doug! We can’t help but think that you and Kamala would make a great Purim couple’s costume.