The Best Purim ‘Encanto’ Parodies On the Internet 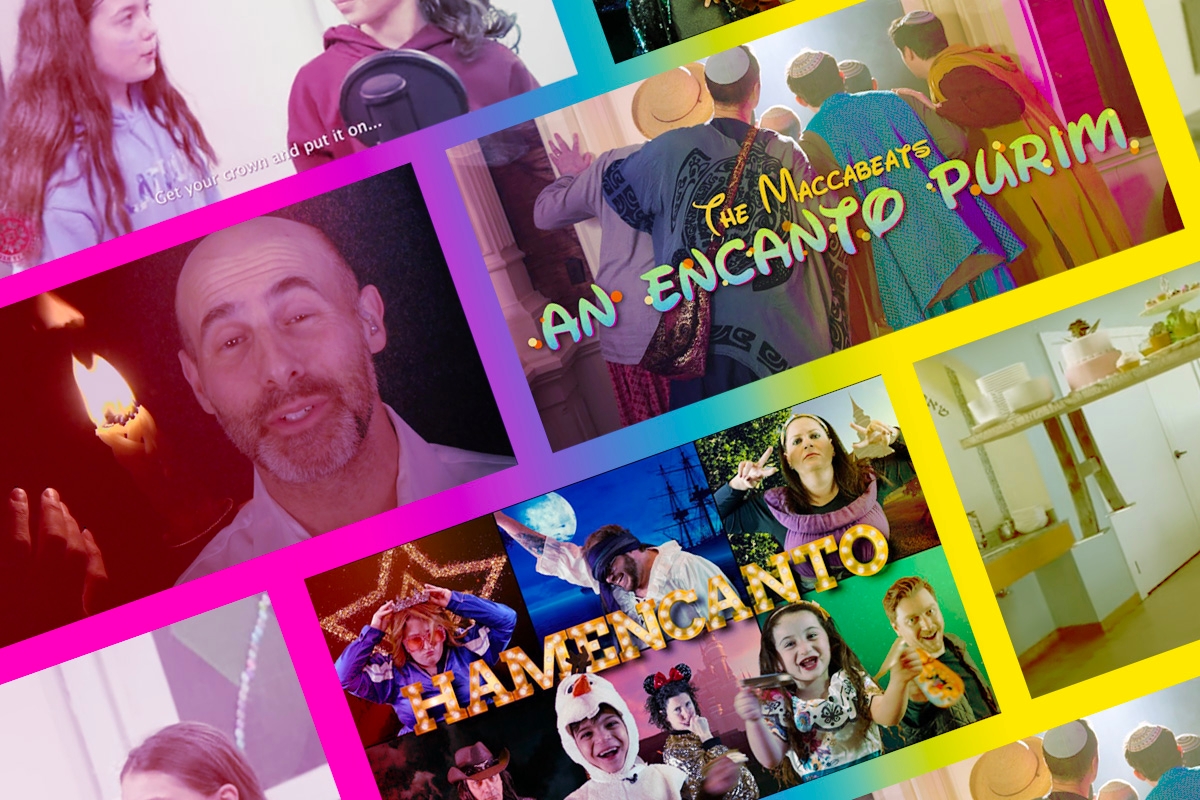 The moment I saw the “Encanto” soundtrack rising in popularity in late 2021, I knew what it meant: There were going to be “Encanto” Purim parodies in my future, lots and lots of them.

Every year, I like to peruse the internet for the best Jewish holiday parodies to share with Kveller readers. Everyone from the Jewish a cappella kings The Maccabeats to creative rabbis and talented musical families have taken on the challenge of creating these catchy Jewish tunes often accompanied by videos of varying production levels. In years past, we’ve seen everything from parodies of “Old Town Road” to “Puppy for Hanukkah” (really, there have been so many Purim parodies). But this year, it’s all about “We Don’t Talk About Bruno,” or should I say, “We Don’t Talk About Haman.”

But which one of these many, many parodies is the best? That’s almost like asking which member of the family Madrigal is the best — they are all so different (but it’s Camilo, yes?). Still, I’ve compiled a list of them for your listening pleasure.

Now, this isn’t a ranking, because who am I to tamp down anyone’s creative spirit, but I will be highlighting each parody’s best attributes.

The most culinarily adventurous: Seth Chalmer’s “When It’s Purim”

I really love this parody of “Surface Pressure” by Seth Chalmer that is all about making mishloach manot (in Hebrew) or shalach manos (in Yiddish), the gift baskets traditionally exchanged on Purim. A lot of more secular Jews in this U.S. don’t follow this tradition, but I grew up in Israel where the nights before Purim were all about preparing your mishloach, so I find this video incredibly relatable — and also laugh out loud funny, with gems like “Who am I if my hamantaschen are lame?” and laments over how the moment that Adar (the month of Purim) starts: “I’m buried in white flour/As I drown in lakes of pareve butter.”

“How do other people who have jobs and kiddos / Find the time to cook 300 lamb burritos / Watch as the pack every hors d’oeuvres / That’s some nerve,” Chalmer sings.

Chalmer really channels Luisa’s gravely voice for this one. It’s niche, but it’s humorous and incredibly creative and features some delightful digs at Quaker Oats. I dig it.

The best Haman as Joe Exotic and hamantaschen on Bruno’s head: Sunmoonpie’s “We Don’t Talk About Haman”

One of several “We Don’t Talk About Haman,” this one comes from Atlanta-based Jewish duo sunmoonpie. This video incorporates some existing and new animations and is basically a Purim spiel —  a retelling of the Purim story. I love the lyrics “On Purim we drink a lot / The next day  — my head!” and “Oy vey / will Esther save the day?” (spoiler alert: yes, she will).

My favorite part of this video is the CGI-ing of a hamantaschen onto Bruno’s head. So silly and yet so strangely flattering! I also love that Haman is briefly represented by “Tiger King” villain Joe Exotic. Very good stuff.

Rabbi and Cantor Dan Sklar brings us two Purim “Encanto” parodies, “We Don’t Talk About You Know Who” and “La Yehudim,” (literally “to the Jews,” a line from the Book of Esther that is often put into song). The latter is a gorgeous Havdalah (I mean, the movie is about a powerful candle) and Purim song set to the tune of “Dos Oruguitas,” the hands-down most moving song from “Encanto.” Sklar’s version of this song is equally moving, and dedicated to his former classmate Rabbi Citron-Walker, who was recently held hostage in his Texas synagogue.

“We tell the story so we remember please / Heroes and villians / Time to stop killing / And all the vengeful fantasies / Can you imagine things from the other side / Find understanding / We will start planning / A way to move forward,” Sklar sings.

CBI Adon Olam Choir of California brings us “Purim 2022: The Enchanted Synagogue.” This charming parody is over 10 minutes long and features versions of several “Encanto” songs, a synagogue filled with kids with superpowers and CGI bears and dragons. It also keeps COVID safety in mind, with all the kids wearing masks indoors.

The song tells the story of the enchanted synagogue, where kids of the choir are now endowed with special powers. Some have super strength, some super speed, some flight and laser visions, “the others were given the incredible power to listen to the rabbi’s speech” (ha ha). Truly, this is delightful, inventive and the fruit of some very hard labor (all those special effects!). Adon Olam Choir kids, I’ve got mad respect for all of you.

Most sequins and silliness: Temple Emanuel of Beverly Hills and Temple Isaiah of Los Angeles’ “We Don’t Talk About Haman”

Gotta love a Purim spiel led by two incredible women! Cantor Lizzie Weiss and Rabbi Jaclyn Cohen and their friends (and fellow rabbis) truly kill it with this extremely enjoyable “We Don’t Talk About Haman” that’s all sequined out and features adorable costumed kids. It’s quite clear that everyone had a delightful time shooting this parody, which has both great singing and silly dance moves. Read our breakdown of this Purim “Encanto” parody here.

Most Dramatic parody: The Maccabeats’ “An Encanto Purim”

Dramatic chess scenes, mood lighting, Hamilton-esque dance numbers, lots of triangular hats — this Maccabeats “Encanto” parody has it all — including both a “We Don’t Talk About Bruno” and a “Surface Pressure” parody.

Read our full take on the Maccabeats’ “An Encato Purim” here.

Most charming: “We Don’t Bow Down to Haman” by Yeshivah of Flatbush

I said I wasn’t going to pick a favorite, but I think this one might be my favorite. I love these talented kids’ singing (to the girl wearing Jewish star cat ears who yelled “Vashti!” I am here for your spirit). I also love the sassy energy of choosing “We Don’t Bow Down to Haman” instead of “We Don’t Talk About Haman.”

These many girls and boys bring a lot of attitude, great hand gesturing and wonderful performances, with some understandably visible nervousness from some of the young performers. They all did great.

Yeshivah of Flatbush, you have charmed me. I’m charmed.