Dr. Ruth Doesn't Talk Politics — Except When She Does – Kveller
Skip to Content Skip to Footer

Dr. Ruth Doesn’t Talk Politics — Except When She Does 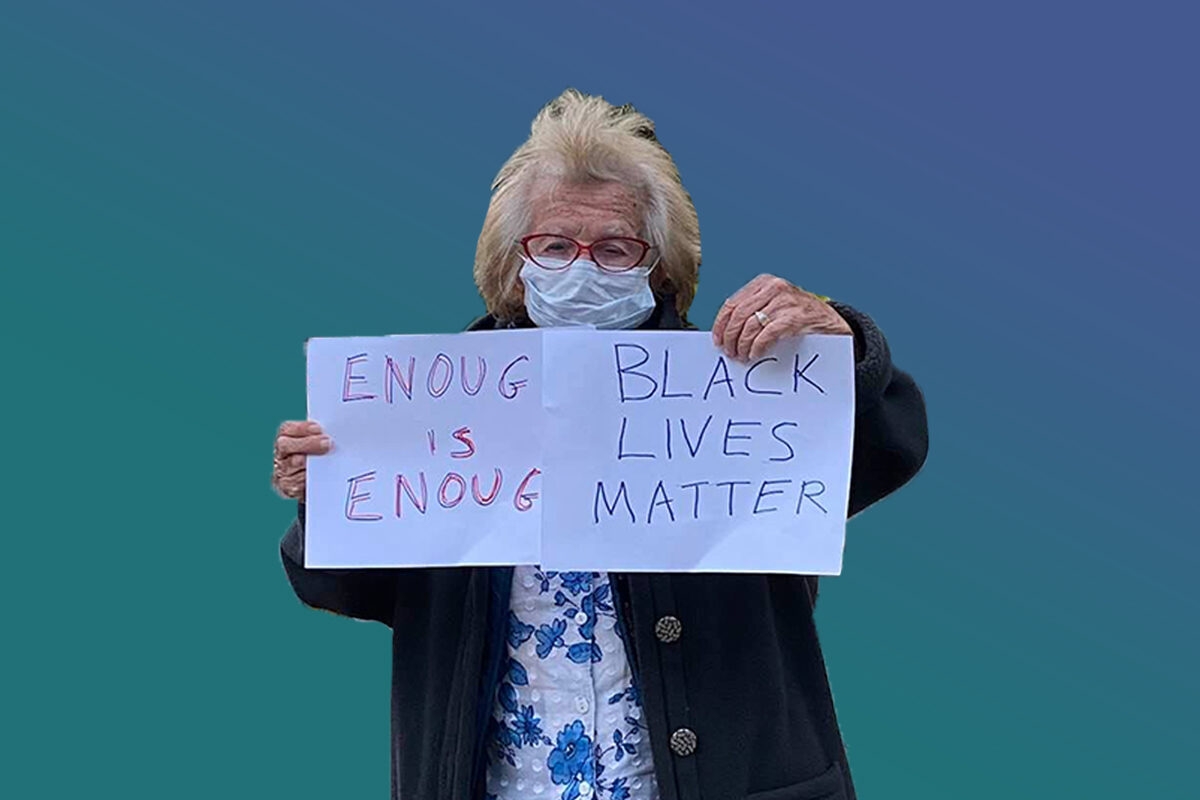 In her 92 years on earth, Dr. Ruth Westheimer has lead a remarkable life. A former sniper for Israel’s pre-State army who later became famous as “America’s sex therapist,” the Holocaust survivor believes that, as a Jewish immigrant, her advocacy is shaped by the view that everyone should be “treated with respect.”

Westheimer was visible at the height of the 1980s AIDS crisis, advocating for gay rights, and she was also at the forefront of women’s fight for sexual freedom in the 1960s and 70s.

And yet, she insists she doesn’t “talk politics.”

So while she might not talk the talk when it comes to political issues, Westheimer most definitely walks the walk. A woman of action, she’s never “sat there and suffered,” as she says. Rather, she consistently chooses action over passive activism: Just two weeks ago, the nonagenarian sex therapist attended a socially distant Black Lives Matter protest in the Bronx.

On Sunday, Westheimer participated in the Museum of Jewish Heritage’s virtual concert, “We Are Here: A Celebration of Resilience, Resistance, and Hope,” to commemorate the 75th anniversary of the end of the Holocaust, as well as the 77th anniversary of the Warsaw Ghetto Uprising.

On Friday, June 12, just ahead of the event, we had the chance to catch up with Westheimer by phone. We talked about about her upcoming illustrated children’s Holocaust book; the forthcoming new edition of her 1996 book, Heavenly Sex, which explores Jewish tradition and sexuality; and, of course, the importance of countering bigotry.

Happy belated 92nd birthday, Dr. Ruth! How did you celebrate?

Wonderful, wonderful! Because my children made — with every friend of mine — a tape! And I now have that tape in my possession, so that I can see it because I’m not computer literate, but I can see it on the DVD. And a lot of flowers! The amazing thing is that the flowers are still nice.

Thanks for all the birthday wishes. I've lived through happier times but also worse ones. On my 20th birthday, a bomb blast in Jerusalem almost tore my legs off and people around me died so I'm very grateful to be enjoying my 92nd birthday.

Being the busy person that you are, what has quarantine been like for you?

I’m very busy, and that’s of interest to you because the book I wrote with Jonathan Mark, Heavenly Sex is coming out [soon] and it will never be out of print. It’s a classic.

I’ve been very busy, there’s a book I did for children. It talks not about the horror of Auschwitz, but it talks about my father being taken by the Nazis. And, right now, at the end of the month, there’s going to be an animated film — untitled yet, but probably called Ruth — that will go with the book for for juniors. So I’ve been very busy.

As we commemorate the 75th anniversary of the end of the Holocaust, what do you think about the state of Holocaust education in America? Is it enough?

Recently your daughter Miriam posted powerful photograph on Facebook of you at a Black Lives Matter protest. She said you “insisted on coming out.” Tell me about why you felt so compelled to support Black Lives Matter in the streets during a pandemic.

My whole life I knew that I don’t talk politics, but I also know that I have to stand up. That’s how I fought for gay rights, and my granddaughter, Leora, calls me a “feminist” in the film [Ask Dr. Ruth] because I certainly stood up for women’s rights, and when the AIDS crisis [happened], I certainly talked a lot about sexual education.

Some Jews are frustrated with a lack of focus on fighting anti-Semitism. What would you say to people who are trying to spark conversation on anti-Semitism during the Black Lives Matter movement?

There is no question that we have to also stand up for any anti-Semitic point we hear or see. Right now, the important thing is to make sure that thing will change in terms of minorities, in general.

In an interview with Ryan — your “best friend” who directed Ask Dr. Ruth — you said you never allow yourself to get lonely because you’re obsessed with human connection. What advice do you have for people during lockdown who are emotionally and sexually frustrated?

I don’t talk about sex during these times, and I will tell you why. There’s nothing new that I have to say except for on my Twitter: Take off one piece of clothing after another while watching something. That’s OK, that’s alright, but I have nothing new to add in terms of sexuality.

If while you're stuck at home you're binge watching with your partner, I suggest you take off an article of clothing at each new episode. Soon you'll be ready to turn off the screen and do something else!

The only thing I want to say is that a relationship, a good relationship, is going to survive these bad times. A bad relationship will not survive. I would say to those people in bad relationships, after this crisis is over, go to see a therapist to see if you can save the relationship. Very often in a crisis like this, [it] make[s] the relationship even more complicated, and some will not be able to be saved. But those that can be saved should be assured that they should have that feeling of, “Thank god I’m not alone in this, I have a partner.”

I'm getting many requests to talk about sex and relationships during this pandemic & I'm turning them all down. I've lived through hard times and can't be cute and funny about it, brings up too many bad memories.

Thank you so much for your time, Dr. Ruth — Shabbat Shalom and good luck during the We Are Here event!