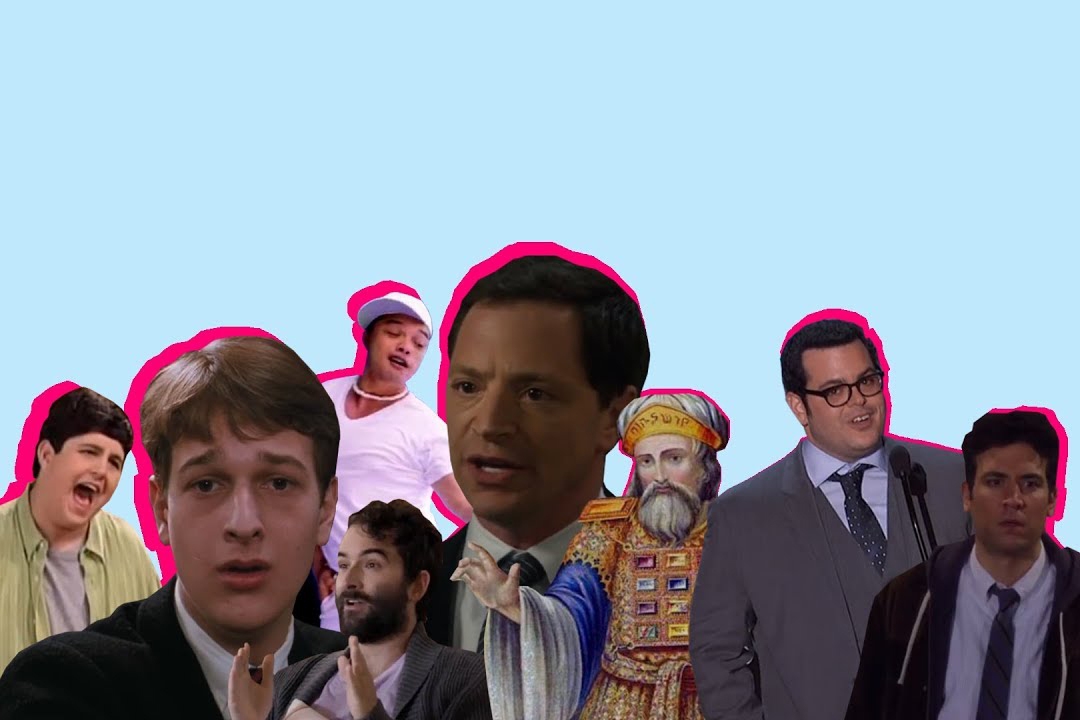 Last weekend, an epic meeting of the Joshes — yes, that’s people whose first name is Josh or Joshua, not just people prone to tomfoolery — took place in Lincoln, Nebraska. Some 50 people named Josh were brought together by one Josh Swain from Tucson, Arizona.

Swain, who told Kveller he is not Jewish (though he does make some pretty solid Jewish jokes), started it all with a joke Facebook thread between him and all the other people named Josh Swain. He proposed a duel in order to determine who would hold the title as the “real” Josh Swain.

(As it happens, a gathering of people who share the same name was a major plot point in the classic and very Jewish kids’ book, The Adventures of Ali Baba Bernstein by Johanna Hurwitz. In the 1985 novel, the main character, David Bernstein, invites all the other David Bernsteins in the phone book to his 9th birthday party.)

On Saturday, April 24, an epic pool noodle battle among Joshes ensued —  which was open to all Joshes, and not just people named Josh Swain. About 1,000 people showed up to watch the happening. One Josh, a 4-year-year-old, won the fight and was crowned the victor.

The battle proved to be profoundly entertaining and uplifting, but it wasn’t just an opportunity for some quality joshing around (yes, we had to be basic and include that joke!). Some serious tzedakah also happened: Swain used the event to raise money for the Children’s Hospital & Medical Center Foundation in Lincoln, and the food brought to the event was later donated to a local food bank.

All in all, a pretty menschy and delightful achievement for all the involved Joshes.

Here at Kveller, Jewish names are our game, and we’ve long marveled at the popularity of some of these names among the general (Jewish and non-Jewish) American public. Joshua is one such name — it started gaining popularity in the 1970s, when it made its way into the Social Security Association’s list of 100 most popular names in the U.S., coming in at number 24.

In the following two decades, the ’80s and ’90s, it ranked the third most popular boys’ name in the U.S., and then fourth most popular in the 2000s. Since then, the popularity of Joshua amongst new parents has slightly dwindled, but the name has not really left the list of top 100 names for the past five decades.

The name Josh comes from the Hebrew Yehoshua, which means “God is my salvation.” There are two biblical characters by this name. One was the leader of the Israelites after Moses and led them from the wilderness to the land of Israel. The other was a high priest of the Second Temple. Of course, one of the reasons why Josh or Joshua is such a popular name among non-Jews is because Jesus’ name, in his own language, was Yahshua, an Aramaic form of Yehoshua.

So, yes, there are a lot of famous Joshes who are not Jewish, and it’s safe to say that many of the attendees of the event in Nebraska were not Jews. But while we have your attention, we would like to kvell about some Jewish Joshes, including Josh Gad (Olaf from Frozen,) Josh Peck (of Drake and Josh), Josh Charles (Dead Poet Society, The Good Wife), Joshua Malina (West Wing), and Josh Radnor (whom you probably know as How I Met Your Mother‘s Ted Mosby, and who is pretty fabulous in Hunters).

There is a also slew of delightful fictional Jewish Joshes — who can forget Transparent‘s Joshua Pfefferman? And if you grew up going to Jewish summer camp or attending Jewish day school, you probably know quite a few Jewish Joshes yourself.

We love to see this solid Jewish name getting a good rep. Keep the good Joshes coming!