Freelancing While Parenting Is Tough But This Hebrew Word Helps 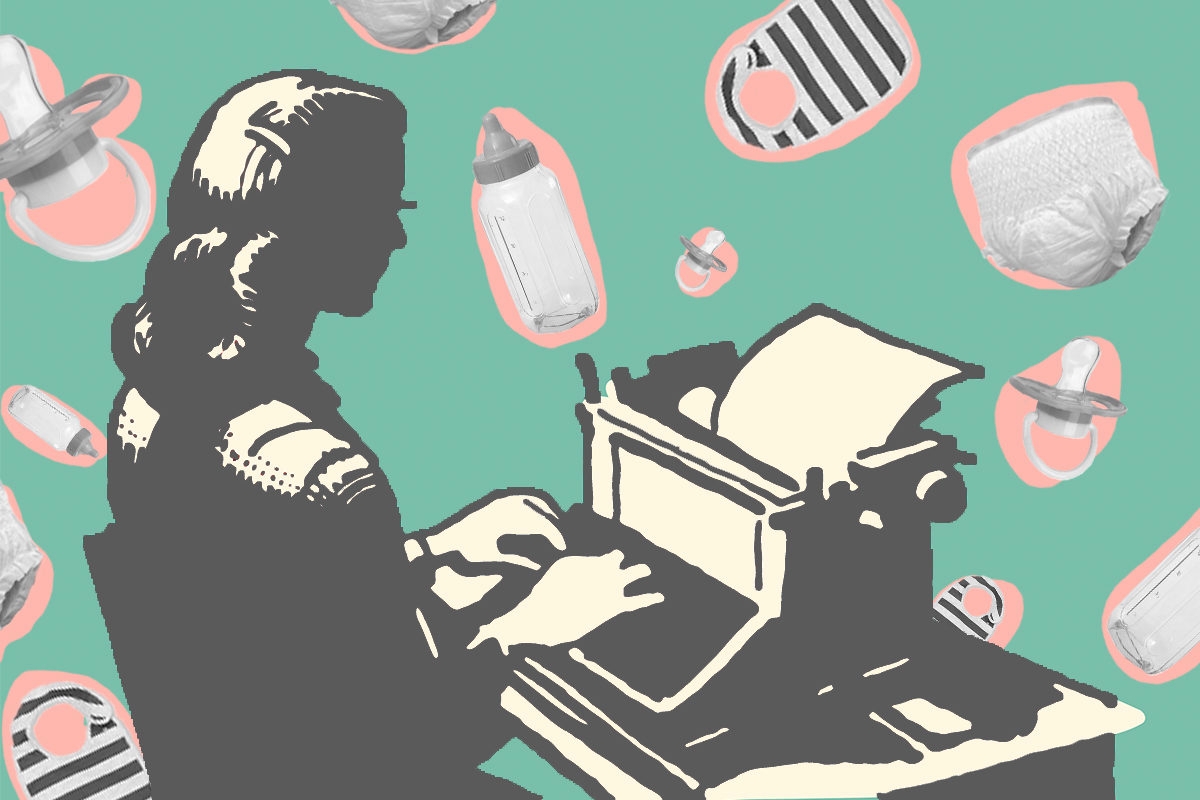 The thing about freelancing is that there are no boundaries, unless you make them yourself. There’s no 5 o’clock quitting time, after which you head to happy hour with your colleagues, or return home to a lighthearted dinner with friends or family.

Or, at least, that’s how I imagine what it must be like to work in an office. Or, more accurately, to be able to leave one’s work at the office: once your workday is done you get to relax into the absence of that constant nagging in the back (or front) of your mind about an email that needs answering, an invoice that needs sending, those taxes that need paying.

Of course, I realize that this fantasy is far from the reality of having a full-time office job. I know that working in an office when you have a youngster at home comes with its own set of hurdles, especially as employees are increasingly expected to be available 24/7, regardless of their contracted hours.

My wife and I are both freelancers. She’s a composer and a performer. I’m a writer, a musician, and sometimes a bar/bat mitzvah tutor. As someone whose livelihood depends on keeping the gigs coming I have to stay on top of a lot of minutia. Sometimes the details of my job are like a horde of rapacious invaders, swords at the ready, waiting to pillage my entire waking day if I don’t keep them at bay.

Freelancing is complicated. But the truth is, I also love it. I tried to work at an office and quit after three months of being bored to tears. Turns out that I just wasn’t cut out to be a receptionist for a physical therapist, even if she did specialize in musicians’ injuries. As a freelancer, I love that my work is always different. I (mostly) love the irregular hours that allow me so much freedom. I love that I can work from anywhere, which means that I can travel. Even with all of the challenges, I wouldn’t have it any other way.

I’ve taught lessons from my parents’ home in Jerusalem and a friend’s house in Tel Aviv. I’ve submitted an article from a cafe halfway between Brooklyn and Boston, where my band was playing a show. I’ve interviewed a rock star in my cousin’s guest room while we were visiting for a few days. My wife has critiqued the mixes for her album from a guesthouse in Greece, and she’s run a social media campaign for her band from an Airbnb in Los Angeles. This semi-nomadic lifestyle is just how we roll.

In fact, it’s how everyone we know who works in this piecemeal fashion rolls. (Actually, there are some 57 million freelancers in the U.S., so there are lots of people who are rolling this way!) In a way, we’re able to escape the grind. In another way, we can never escape the grind — our work is always with us. It’s a double-edged sword.

When my wife and I first started talking about having a baby, we imagined, as I’m sure many people do, that being work-at-home moms would be easy. She and I would simply trade off between working and child-minding — which, of course, would never be exhausting, as babies are just so cute and fun! We would happily be home all the time, existing in a blissful nest of creativity and new-baby smell.

How wrong we were. After our son was born, we quickly learned the truth: Like freelancing, parenting has no boundaries, either.

My son is 6 months old and I’m beginning to understand that everything one does while parenting is magnified to the Nth degree. Even something as simple as leaving the house becomes a circus-like ordeal. I’ve found myself carrying a million assorted items, trying not to trip over my untied shoelaces, and stumbling to the car with the keys clenched in between my teeth — all while singing in gibberish as my baby screams. This, and we’re just going to the supermarket.

So working for yourself, from home, while parenting? Ha.

Since my child was born, I’ve conducted an interview while pumping milk, applied for gigs on my phone while nursing, and uploaded my CV with one hand while guiding a stroller with the other. My wife and I do trade off childcare and work, which can feel a bit like a relay race — some days, there’s just a quick high-five between us as one of us takes the baby so the other one can go record vocals or write an article. Any time our baby naps, we scurry off to our respective offices to work as quickly as humanly possible. Who knows how long he’ll sleep; we have to go, go, go!

When I was pregnant, I had an idyllic vision of working on an article or a song as my sweet, quiet child babbled contentedly on a playmat by my side. Thinking back to that fantasy makes me want to pat my past self on the shoulder and say, “Aw, sweetie. That was such a nice idea.”

The reality is that, when I’m working, I need to be fully present in my work. And when I’m with my child, I need to be fully present for whatever we’re doing. I don’t want to be thinking about emails or invoices, paperwork or pitching. I want to be focused on helping him learn to sit or roll over; I want to make him laugh or watch as he puzzles his way around the playmat. Being a freelancer allows me to spend a lot of time with my child, but what is that worth if I’m unable to be present within those moments?

The short answer is that I don’t know, but I’m trying to make it work. My wife and I sit down daily and plan schedules according to whomever has more pressing deadlines. We don’t take on projects without checking in with one another to ensure that one of us will be available to be with our child. We’re considering hiring a babysitter, but we have to figure out if that makes sense financially. After all, when you can’t commodify your hours precisely, how do you know if the hourly wage you pay for childcare is less than how much you make in an hour of freelancing?

The long answer is that it’s always been true that those of us who partake in the gig economy have to create and enforce our own boundaries. It’s up to us to declare when quitting time is, and to stand by that decision. It’s up to us to create space where there otherwise would be none. It’s up to us to give up gigs that don’t fit within the boundaries we’ve created, no matter how tempting they are. We have to believe that another, equally juicy gig will come around if we give a particular one up in the name of family time.

When I think about all this, I often think of the Hebrew word kavanah, meaning “intention.” For me, kavanah has always been a major part of prayer and of practicing the commandments. It’s the difference between doing something just because you’re supposed to do it and doing something consciously, with presence.

Not that there’s anything wrong with doing things just because you’re supposed to. There’s huge value in taking a moment to bless the food you’re about to eat, or to say the Shema before bed, even if you’re not fully, mindfully present while doing them. The act of giving thanks and of acknowledging a larger power is, in itself, a gift. A source of strength. Just like my son is still getting a great deal from me even if I’m not fully present with him 100% of the time.

After all, I’m just a human, and I’m doing my best. That said, I believe that striving for presence, for kavanah, is a good way to keep myself accountable to my boundaries. By attempting to be present in each of my activities, I’m (sometimes) able to rein in the madness of freelancing while parenting.

I know that the horde of invading thoughts will win some days. I know that kavanah isn’t a magic spell to fix the madness of everyday life, and I know that I will probably have to occasionally answer emails while nursing. But by calling on this wisdom and practicing intentionality, I get to enjoy the best parts of both parenthood and freelancing more often. And for that, I’m grateful.