Growing Up Jewish in a Small Town Changed My Parenting Priorities 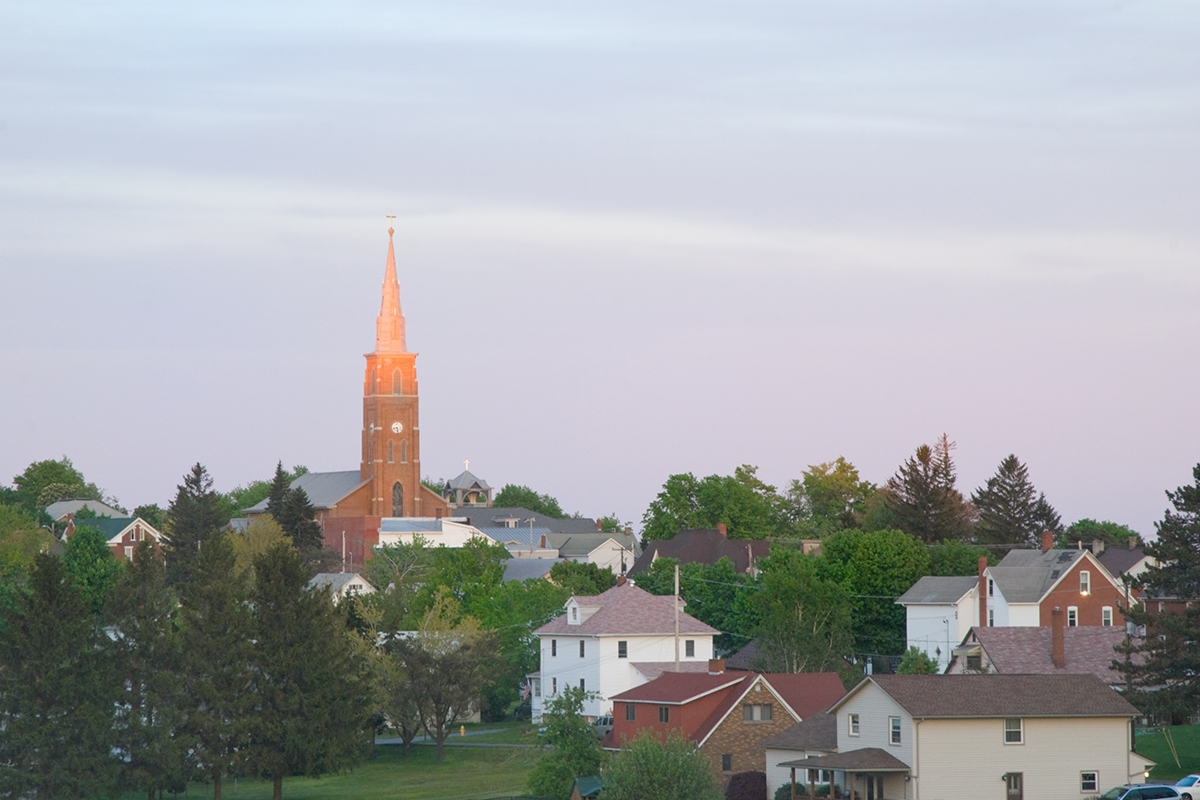 Growing up Jewish in northeastern Pennsylvania, I was something of an outsider. My hometown was the kind of place where the first day of hunting season (in late November) was an unofficial holiday and a day off for public schools. But while tons of locals excitedly donned fluorescent orange outfits and venison became the plat du jour, I had a very different back-to-school ritual.

Every September, throughout my high school years, I would have to politely ask the principal for permission to miss class during the High Holidays. And, every September, he would appear as if he were hearing my request for the first time.

My yearly visit to the principal’s office was spent apprehensively circling my target. We’d talk about some of my classes, I’d nervously laugh at his jokes and then, finally, I’d ask for what I needed: the administration’s permission to celebrate my holidays. Looking back, I see this annual experience as a metaphor for my childhood: Growing up Jewish in a tiny town with an even tinier Jewish population was equal parts devastating and fortifying for my religious identity.

Like most of my Jewish peers from my small town, I left for college and never returned. Though my town was a wholesome place to grow up — we bought milk in glass bottles from the nearby dairy farm, I babysat many of the kids within a mile radius of our house, and borrowing an egg from a neighbor was an actual thing —  I knew I wouldn’t raise my own family there.

On the one hand, feeling like an outsider helped bolster my Jewish identity. Things like always having to explain my holidays and traditions (or, depending on the audience, being careful not to discuss them at all), and being the lone Jew in many of my classes or activities, all served as reminders that I was different. I was never ashamed; I’ve always been a proud Jew. I think my Judaism became a more tangible part of my identity because it was something that stood out and often required an explanation. But explaining oneself can also be exhausting. So more than anything, I knew I wanted to raise a family in a place where my last name would disappear into a sea of Steins and Fines and Goldbergs.

Fast forward 20 years, and I’m doing just that: I am married with two small children, and we live in a metropolitan part of Pennsylvania with a diverse population. There is a large Jewish community that runs the gamut from Hasidic to super secular. I love it.

My parents still live in my hometown, and as the Reform and Conservative Jewish population continues to dwindle, there’s been an unexpected plot twist: ultra-Orthodox families have begun moving in. First, our next-door neighbor, a kind widow known for her signature perfume and flower-print house dresses, moved into an assisted living facility early last spring. Within a few months, an Orthodox family of eight moved in. My parents called to tell me, and we marveled at this unlikely event. They told me how they were excited but also just plain surprised to hear names like Shmuel and Mendel being called in for dinner.

Word about my hometown seemed to be traveling fast among the Orthodox community. After months of quarantining with my immediate family, I stayed with my parents for a few weeks last summer. I was amazed to see that there was at least one Orthodox family on every single street in their immediate neighborhood. These days, without exaggeration, it seems like almost every time a house goes up for sale, a Jewish family buys it.

Imagine my shock and delight upon hearing the neighbor kids practice “Adon Olam” in the backyard with their mother (though it was more Yiddish-sounding than Hebrew as they pronounced the words “Adoyn Aloim”). It was the sweetest serenade I might have ever heard in the neighborhood, rivaled only by the raucous Rosh Hashanah auditions that began when most of the kids were given toy shofars to blow in the driveway. My father texted the neighbor to tell him how much we enjoyed hearing those sounds.

My town is rapidly becoming a very different place than the one I was raised in — a kosher deli recently opened, and plans for a private religious school have been revealed. Cars parked in driveways on Friday afternoons reveal that out-of-state visitors often visit friends and family overnight for Shabbat, and on Saturday evenings, the streets are filled with couples leaving one another’s homes sharing the final Sabbath meal together. The family that now lives next door to my parents have cut out a part of the fence in their backyard so their children can easily play with the Orthodox kids that moved into the house directly behind them.

The vibrancy and connection these families display make me feel hopeful — and also a little sad. That kind of community and closeness has evaporated for so many during the pandemic. But in reality, it’s been slipping away for a long time now, as Jews (like so many others) move farther from their families and find themselves immersed in jobs and Target runs and karate practice. These are the things that keep us busy moment to moment but shift us away from our core values and identity.

In the town where my husband and I are raising our young children, the public schools give all students the Jewish High Holidays off. No yearly walk to the principal’s office will be necessary for my kids. I am grateful for this, yet this “normal” still feels so new. It is easy for my children to blend in. But is that really such a good thing when it comes to religious identity? After all, things that come easily are often taken for granted.

Then again, some kids will always find a way to chart their own course. The other night, my son found a kippah he tie-dyed when he attended a synagogue preschool, one of many in our area. He asked if he could wear it to the public school he will attend for second grade. For a moment, my childhood instinct to “blend in” almost got the best of me — but then I realized that this was my son’s way of asserting his Jewish identity in a very prominent way. So, even though wearing a kippah outside of synagogue or our Shabbat meal isn’t our norm, I told him, “Of course!”

As we plan a trip to visit my parents for Rosh Hashanah, I’ve been trying to imagine myself as a kid living in this new version of my old hometown. How would its changed landscape have affected me? I don’t have answers. But I do hope that the sense of security and unspoken belonging that my children in our current town feel — much like, I suppose, the newer Orthodox families feel in my hometown — will have a positive and profound impact on their lives as Jews in this dynamic world.