Having a Baby Inspired Me to Finally Learn Hebrew 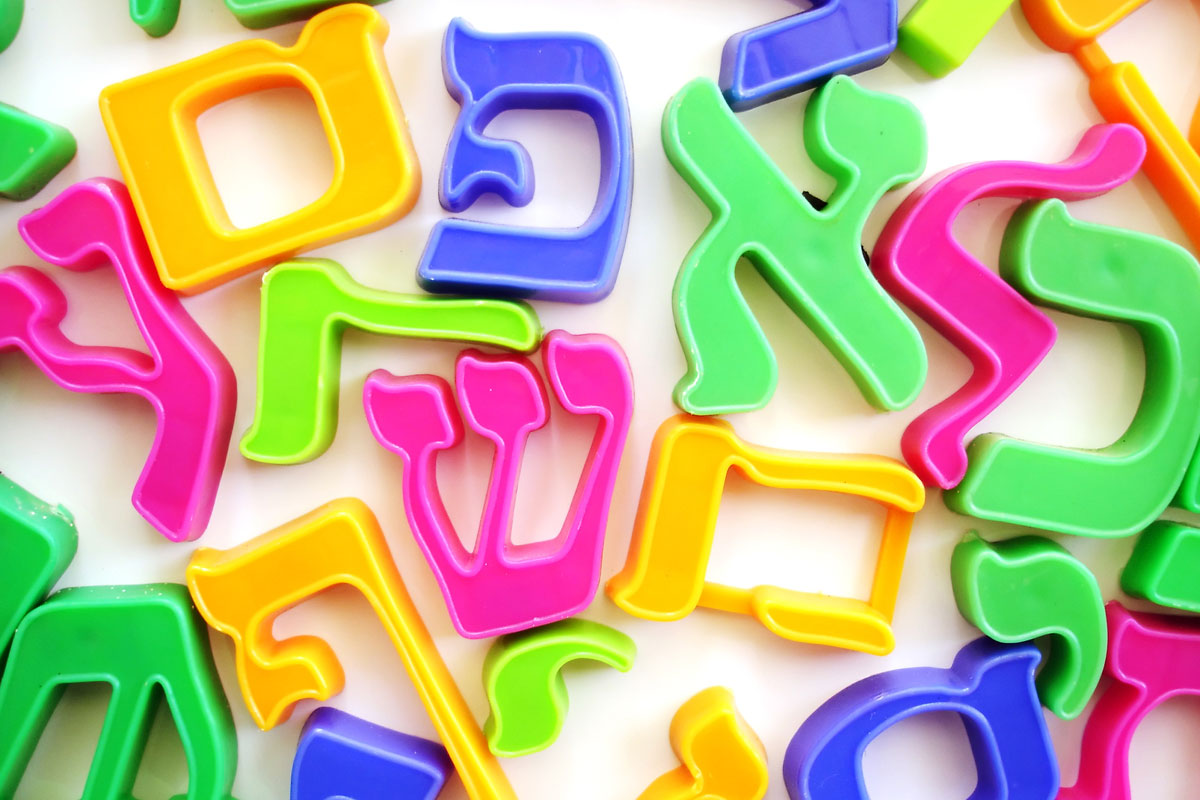 “Boker tov,” I repeat after the teacher. I listen as everyone else on the Zoom call repeats the phrase meaning “good morning” in Hebrew. We move on to other greetings. “Shalom. Mah koreh?” Hello. What’s happening? It’s early morning in Chicago, even though I am enrolled in an evening class in Tel Aviv. I sip my first coffee of the day and wait for the caffeine to take effect.

My 3-month-old daughter is in a swing next to me and I watch her sweet face as I repeat the phrases in Hebrew over and over again in my virtual class that meets twice a week. I hope she’ll let me get through the one and a half hours without getting fussy. Most new parents don’t have time to do much besides care for their infants, and the case isn’t very different for us. Learning Hebrew for my daughter is important, though, and with time off of work, I don’t want to miss the opportunity to improve my skills. Having something to do other than baby care during my parental leave is also enjoyable, and since the pandemic started, several ulpanim — Hebrew language institutes — offer online courses. Citizen Cafe, a non-traditional school based in Tel Aviv, emphasizes everyday conversation in their classes which is why it appealed to me most.

My husband is Israeli and we are raising our daughter to be bilingual. We want her to learn the language at a young age so that she will be a native speaker. Our hope is that when we travel to Israel to visit family, she won’t struggle to understand the world around her. Even though the majority of people also speak English in Israel, especially in Tel Aviv, where my husband’s family lives, and Beit Yanai, where I have relatives, conversations often revert back to Hebrew since that is the language most comfortable for people.

My mom is Jewish and although I was given the option of going to Hebrew school when I was growing up, I chose not to attend. When I met my husband almost five years ago, I thought again about studying the language. I never did. Though I’ve managed to pick up some words and phrases over time, I never seriously tried to learn. But when I got pregnant earlier this year, something changed for me.

My husband is speaking to our daughter exclusively in Hebrew, but I fear it won’t be enough. Although this “one-parent-one-language” method comes recommended by the Linguistic Society of America and other experts in the field of teaching children bilingualism, I know from experience this method is fraught with many problems.

My father is Iranian and speaks Persian. When I was young, he tried to speak to me in Persian so I would learn another language besides English, but it largely didn’t work. Although I can understand Persian and speak at a conversational level, I’ll most likely never reach fluency or lose my American accent. Many of my Iranian American friends who grew up in the United States speak much more fluently than me, probably because their homes were exclusively Persian-speaking, meaning both parents spoke the language. If only one parent speaks and understands a language, children are likely to recognize it as the non-dominant language and utilize it less.

To try and combat this issue, we plan to be intentional about exposing our daughter to Hebrew as much as possible and in a variety of situations, through video calls with relatives back in Israel, playdates with the children of other Israelis, and books and television shows in Hebrew. Still, it may not be enough.

Another problem with only one parent speaking a language is that it excludes anyone in the home that doesn’t speak that language. Children pick up on this distinction and generally speak in the language that is understood by both parents so as not to exclude one. As a child, both my father and I switched to English whenever my mother was in the room, which limited the amount of exposure I got to the Persian language. My exposure came mainly from my dad speaking on the phone in Persian or Persian community dinner parties my parents and I attended. My mother would sit awkwardly, waiting for someone to translate something for her, every now and again chiming in with, “What does that mean?” Truthfully, I’m not only concerned that my daughter will limit speaking in Hebrew around me so as not to exclude me, but also that in an effort to expose her to the language, I myself will feel excluded.

Research shows that bilingualism is beneficial for a child’s brain development, increasing their ability to plan, problem-solve, concentrate and multitask. It has other benefits as well, such as empathy building and creating an aptitude for other languages.

I’m learning for her sake — and for mine. As the Zoom class comes to a close, my instructor tells us “lehitraot,” or “bye for now.” I repeat the phrase, waving goodbye to my classmates on the screen. My daughter is sound asleep next to me. It will be difficult to find the time to practice and study Hebrew once she wakes up, but I’m inspired to learn.