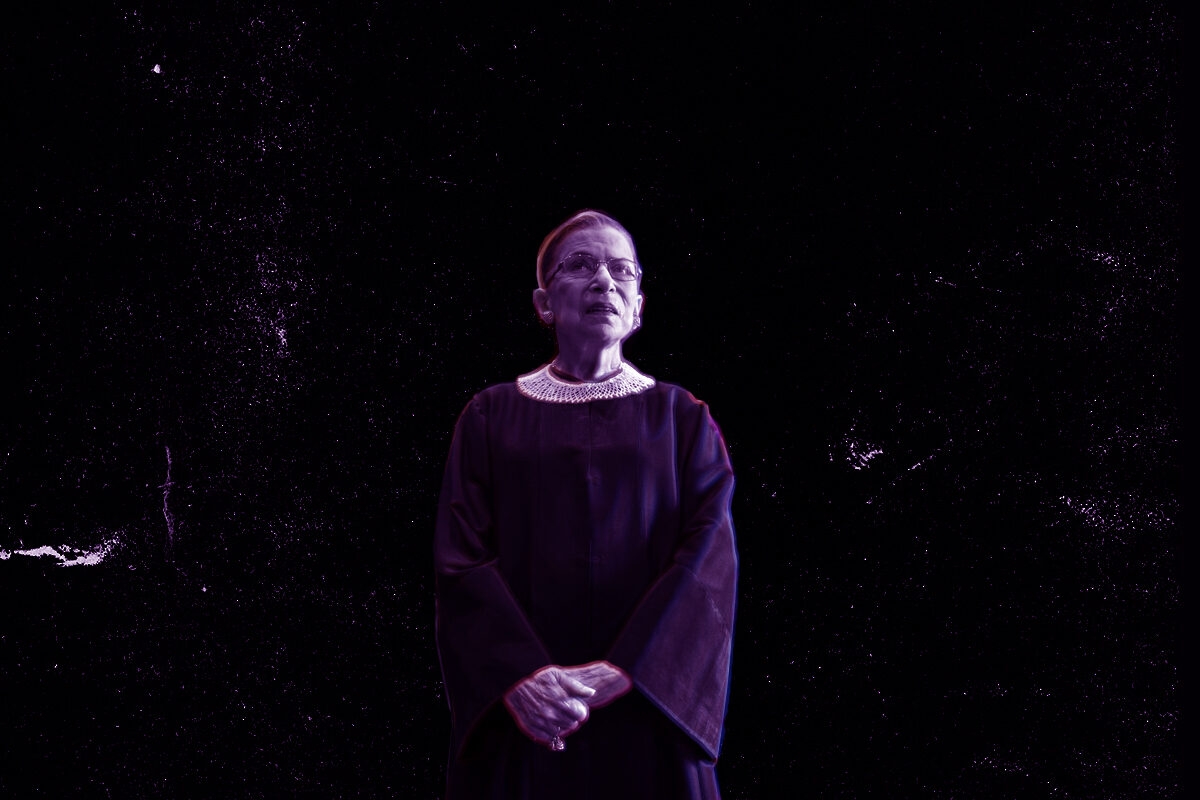 There are so many ways to honor the legacy of the great Supreme Court Justice Ruth Bader Ginsburg, who passed away on Friday, just as the Jewish new year was about to start. One of them is to say the Mourner’s Kaddish, the poignant Jewish prayer we recite when mourning the dead.

On Tuesday, Kveller and our partner site, Alma, held a Zoom Kaddish for Ruth Bader Ginsburg — which you can rewatch below. The moving 15-minute service, poignantly lead by Rabbi Sari Laufer, is an opportunity for us to collectively grieve the passing and celebrate the legacy of this relentless Jewish icon. (And then we can resume fighting for a more just world in her honor.)

As it happens, the Mourner’s Kaddish actually had special significance for Ginsburg — specifically, a letter about the prayer that was written in 1916 by Hadassah founder Henrietta Szold, one of two Jewish women who greatly inspired Ginsburg (the other was Emma Lazarus). In the letter, Szold thanks a Haym Peretz, a generous member of the Jewish community, for his offer to say Kaddish for Szold’s mother. (Szold had no brothers, and in those days, custom dictated than only men say Kaddish for their dead.)

Ginsburg read part of the letter at a JWA event. In the letter, Szold writes to Peretz: “What you have offered to do is beautiful beyond thanks.” And yet, Szold declines his offer, explaining: “The Kaddish means to me that the survivor publicly manifests his intention to assume the relation to the Jewish community which his parent had, so that the chain of tradition remains unbroken from generation to generation, each adding its own link. You can do that for the generations of your family. I must do that for the generations of my family […] When my father died, my mother would not permit others to take her daughters’ place in saying the Kaddish, and so I am sure I am acting in her spirit when I am moved to decline your offer.”

“Szold’s plea for celebration of our common heritage while tolerating, indeed appreciating, the differences among us concerning religious practice is captivating,” Ginsburg said about the letter. “I recall her words even to this day when a colleague’s position betrays a certain lack of understanding.”

It makes so much sense that RBG would be marked by this letter, with its strong, feminist take on Judaism, written four years before the ratification of the 19th amendment.

“It was a pitch-perfect putdown, but she did it so eloquently,” Ginsburg said of the letter on a different occasion. “She said, ‘I understand how kind your offer is, but my mother would want me and my sisters to say the prayer.’”

But reading the tone of this letter is even more illuminating. Ginsburg always believed in activism that won people over to your cause, gently guiding people to understand and embrace the needs and experiences of those less powerful than them. In the letter, Szold is steadfast and clear — and yet she shows kindness and gratitude and takes pain to explain her position. That, my friends, is the way of Ruth Bader Ginsburg.

For crowds of people across the nation to join together and recite this prayer  — a collective sort of Kaddish for a woman most of us are not blood relations of, and yet who has so deeply impacted and inspired us all — is exactly the spirit which Ginsburg admired in that letter, and that informed her life and work.

And the Kaddish is, of course, itself, a celebration of God, and of Jewish tradition. You can find the full text of the Mourner’s Kaddish on MyJewishLearning (or check out this inventive version set to Adele’s “Hello”). You can also see a recitation of the Kaddish and a brief explanation of its significance below:

May Ruth Bader Ginsburg’s memory be a blessing — and for a revolution.