We Are Ruth Bader Ginsburg’s Legacy. Let’s Honor Her Memory. 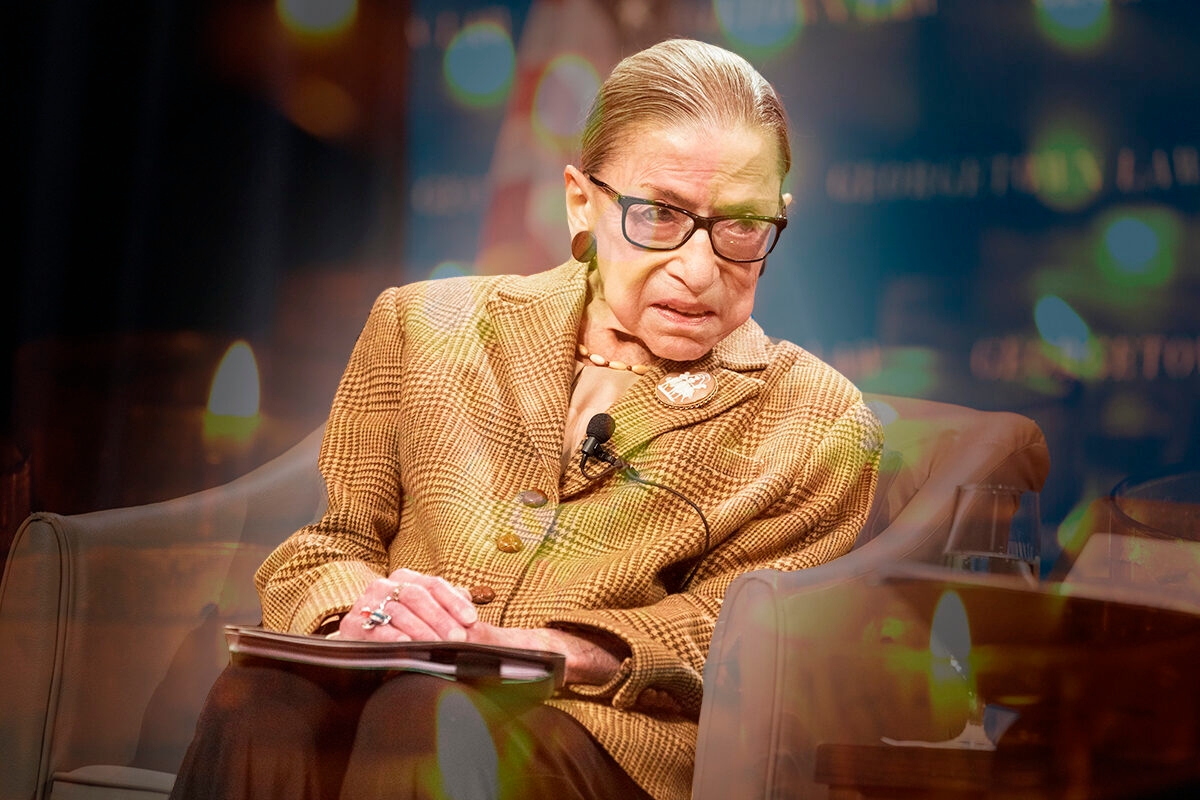 How do we remember someone that we’ve never met?

As I was about to sit down to dinner on Erev Rosh Hashanah Friday night, my phone started blowing up with texts, almost vibrating itself off the hallway table where I’d left it. I picked it up warily, knowing that getting many texts all at once most likely did not mean good news — and read that Justice Ruth Bader Ginsburg, after a long life of dedicating herself to American justice, had died.

I’m sure many of you felt the same wrenching sorrow I did at hearing this news. The avalanche of sadness was evidenced by the deluge of posts on social media, the crowds of mourners gathered at the steps of the Supreme Court, and the proliferation of pictures of Ginsburg online and in print. I know from reading about her that she was amused by the cottage industry of pro-RBG iconography that has sprung up and proliferated in the past few years, and those symbols and pictures were out in abundance all weekend. In an era in which pictures and videos count more than words, RBG became a physical manifestation of elderly badassery, from her “Notorious RBG” moniker to pictures of her working out with her trainer wearing her “Super Diva!” sweatshirt.

And yet, she was, and is, so much more than a meme.

I will leave the litany of her legal accomplishments to the eulogists and the obituary writers. Instead, I want to talk about how this loss feels so deeply personal to me as a Jewish American woman.

I never met the Justice, as much as I wish I had. I have no selfie of us arm in arm. But in my house full of small, smart Jewish women — yes, counting myself in there — she has been a role model, both implicitly and explicitly, of what it is possible for Jewish women of brilliance and conviction to achieve in America. Even my fourth grader chose RBG as her “historic figure” for a research project last year, dressing up as the Justice for her class’s “wax museum,” in which parents get to donate money for charity and then hear about each historic figure.

So many of our familial ideals are embodied by Justice Ginsburg: her sharp intellect, her perseverance in the face of discrimination, her resilience, and her seemingly unstoppable drive toward justice. And now, that brilliant light that lit the way into a better future for women in this country has been put out.

You may have heard that there is particular resonance, in Jewish tradition, to a death that occurs on Rosh Hashanah. Traditionally, there’s a belief that God knows that the most righteous among us are desperately needed here on Earth — and how! — and therefore, they aren’t taken from this world until the very end of the year.

But death only brings a conclusion to life as we understand it. We are human — yes, even RBG was human — and no matter how long we are privileged to live, we are limited in the hours afforded us on this earth. And when we Jews die, unlike Christians, we do not believe in a system of reward and punishments. We don’t get Heaven as a reward. Instead, our reward for a life well lived lies exclusively within our legacy, and what we have left behind in a trail of our deeds, our actions, and their ramifications as they reverberate into the future. As it is written in the Zohar, “when a tzaddik (righteous person) [or tzodeket, for a woman!] departs, [s]he is present in all worlds even more than [s]he was in his lifetime.”

As Jewish women, I believe we are particular inheritors of RBG’s powerful legacy. After all, we come from a long tradition of brilliant and brave women, from the biblical Deborah and Yael — Deborah was the prophet who declared a Syrian general would fall to a woman, Yael — to the modern Ruths of Ginsburg and Westheimer. As Jewish women, we were raised to believe that we are the moral centers and compasses of our families and of our worlds. We were raised to believe that love is not obedience but questioning. To be a “good woman” in our tradition means  to not merely accept things on blind faith alone: It means it’s incumbent upon us to examine, to analyze, to contemplate, and to consider every ramification of our actions.

As Jews, we are commanded to pursue justice, and in doing so, to push back barriers, to fight oppression and to work toward a better world. Yes, so much of our world is broken — but, as Ginsburg believed with every breath, it is not irreparably nor irretrievably broken. It falls to us to repair the world. It is a tremendous task, and we are not commanded to complete it, but we have to attempt it.

RBG believed in America with every breath she took on this earth. She believed that barriers to full equality were surmountable. She believed that devoting yourself to something beyond the immediate perimeters of your own life was necessary. She loved this country fiercely. And I am determined to make sure that those sentiments didn’t die with her. I also love America — even if I find that I love what it can be rather than what it is, especially right now. Ginsburg also reminded us that love is an active verb, not passive. Loving America, she taught us, means to think, to question, and yes, to dissent.

And anyone who tells you that it isn’t possible for you to fix the world, that you’re only one person? They are correct, for themselves: THEY will never attain something they believe cannot be done. Their prophecy of defeatism and negativity only extends to themselves — they have tied their own hands with their cynicism and despair. As a counterpoint, look to RBG. Look at how one small Jewish woman changed our country.

Meanwhile, you and I will honor her legacy by never giving up, and by electing to believe in things far bigger than ourselves and our own lives. That is how we celebrate her: her value was truly beyond rubies. Zichrona livracha: May her memory be for a blessing, for all of us. Now the revolution is up to us.