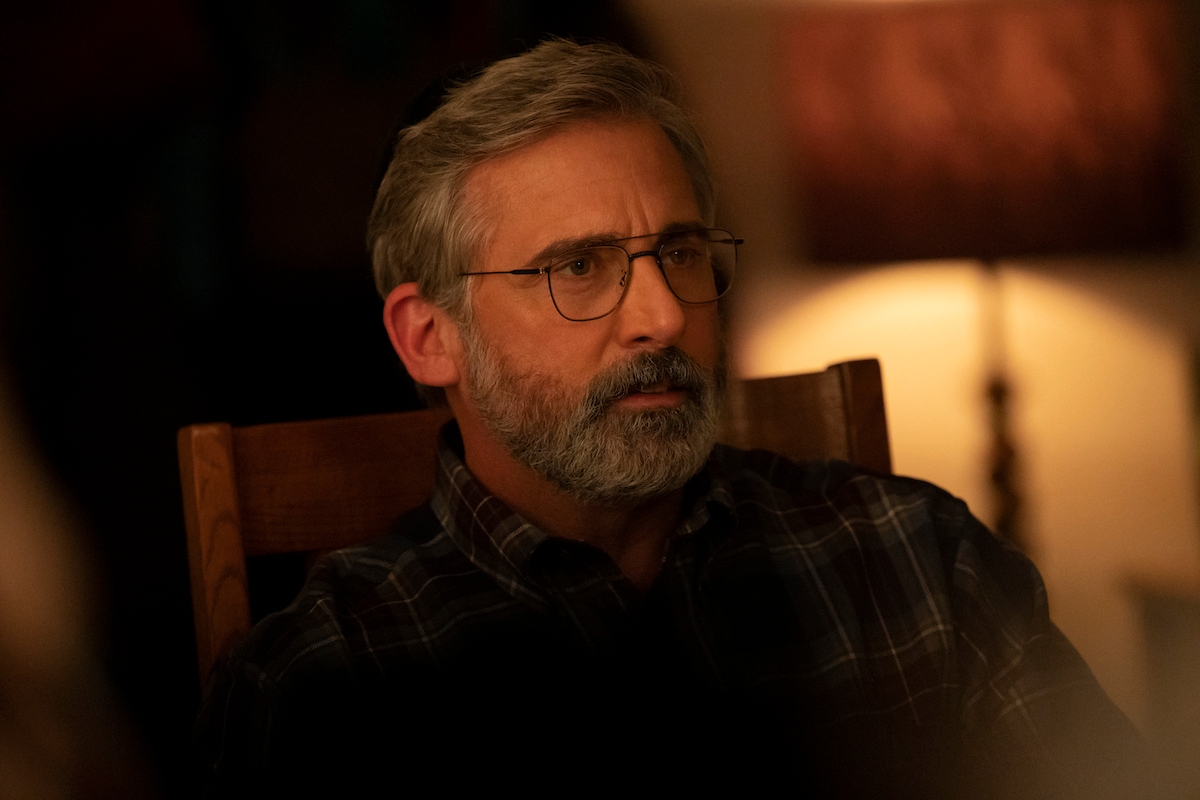 “The Patient,” Hulu’s limited series that finished its 10-episode run last week, takes place in what we imagine is the epicenter of real American horror: a disgruntled white man’s parents’ basement.

There, Alan Strauss, a Jewish therapist played by a scruffy bearded, silver-haired and utterly convincing Steve Carell, finds himself trapped by Sam (Domhall Gleeson), a former patient of his who turns out to be a serial killer, and who wants Alan to cure him from his homicidal ways.

It’s a brilliant premise that offers a portrayal of two (very different!) subject matters that we often see fetishized on TV — Jewish Orthodoxy and serial killers. Yet it gives a more nuanced portrayal of both these topics any American TV show ever has.

Sam is neither sexy or particularly brilliant — he’s an entitled, angry man who thinks he wants to change, but seems to be inherently incapable of doing so, or at least unwilling to be inconvenienced to make that change.

As Alan, faced with a task he knows will likely be futile, tries to find a way to escape his predicament alive, he does what anyone faced with their own mortality does: reflects on his life and his loves. Particularly, he thinks about his relationship with his grown son Ezra, whom he believes tore his family asunder by converting to Orthodox Judaism.

With TV viewers’ recent fascination about Jewish Orthodoxy in shows from “Shtisel” to “Unorthodox,” it’s pretty special to have a show about the tension of what having your child actually join Jewish Orthodoxy is like — and “The Patient” offers one particular insight into those intricacies.

The show is full of Jewish specificities — from kosher foods, to a scene with Birkat HaMazon, or Grace After Meals, to Debbie Friedman songs. It was partly inspired by creators Joel Fields’ and Joe Weisberg’s relationships with their own Jewish parents — particularly Fields, whose father was a Reform rabbi.

Modern Orthodox Rabbi Menachem Hecht, who is a teacher at YULA yeshiva high school in Los Angeles, consulted on the show and its portrayal of Orthodox Judaism is complex and ultimately respectful. The prejudicial lens is worn only by individual characters and it does not transfer to the camera.

Alan is faced with a situation so horrifying that he experiences nightmares of the Holocaust and Jewish persecution, and one coping mechanism he uses is imagining conversations with his former mentor and therapist Charlie (David Alan Grier), who walks him both through his interactions with his captor and the conflicts with Ezra and his deceased wife, Beth.

Beth (Laura Niemi) was a cantor who worked in a Reform synagogue. We see that as a child, Ezra was enraptured by her performances in Shabbat services. Yet Beth sees Ezra’s choice to become Orthodox not as him paving his own path in life, but as a personal slight — and deals him similarly severe slights in return.

But since both Beth and Alan view Jewish Orthodoxy as a less enlightened form of Judaism, they can’t clearly see their mistreatment of their son. Beth tries to sing at his Orthodox Jewish wedding, a place where women’s singing voices are not permitted. She persists even as guests walk out to leave, not caring about her son and new daughter-in-law’s humiliation.

Alan boasts that he told his daughter-in-law that her steak is the best kosher steak he’s ever had — believing it to be a magnanimous attempt at rapprochement and not realizing all he offered her was a backhanded compliment as he was welcomed into her kitchen table in a way that she was never welcomed in his.

We see one particularly humiliating scene in which Alan, Beth, their daughter Shoshana and her family partake in a mouthwatering dessert as Ezra and his family are stuck eating food that they brought from home in Tupperware containers.

Ultimately, Beth’s rejection was so bitter that it alienated her only son from her deathbed.

Instead of seeing Ezra’s draw to Orthodoxy as a continuation of the love for Jewish tradition that she instilled in him, Beth sees it as a rejection. Beth believes that a woman’s voice belongs singing songs and leading services for all, that a woman should be able to touch the Torah scroll, that women shouldn’t be partitioned away from the men. Ezra has rejected these values for himself and for his own children — and for his parents, it’s a lot to contend with.

Was there a respectful conversation that Ezra, Alan and Beth could’ve had about their feelings? Ironically enough, a therapist’s office would have been the perfect place to unpack all that. And in the one in his own head, Alan finally does.

As for Sam the serial killer, his journey in therapy has everything and nothing to do with his parents — like all therapy patients, really. His abusive father is the one who he thinks about when choosing his victims. His mother, who was abused along with him, is his enabler, allowing Alan to be a hostage in their own home. But ultimately, the solution to his troubles can’t be found in either of them.

That parallel can be drawn into Ezra’s religious journey. Alan and Beth had everything and nothing to do with the fact that he turned to Orthodoxy — they were the ones who planted the seeds of Jewish observance in his heart, but his choice to become Orthodox was his own. As we see in the show, Ezra is still, in his own way, a devoted, loving son who longs just as desperately for his parents’ approval and love — one who puts up fliers to help locate his missing dad, despite the fact that he never felt seen by him as an adult.

“The Patient” is about the state of the world, but it’s also about parenting, about nature and nurture and how they imprint our kids, and about the limitations of what we can do as parents, especially once our children are grown.

The dire situation Alan is trapped in — being in constant mortal peril — leads him to revelations he probably wouldn’t have had as a parent if his life had continued as normal. He finds a way to reconcile with his son, to see the ways that he failed him as a father.

As Jewish parents, we should reconcile ourselves with the fact that we can’t control our children’s Jewish journeys. We can expose them to the kind of Judaism we believe in, and share the Jewish experiences that give us joy — but at the end of the day, our children are free to embrace them, reject them, or find different ways to connect with their heritage. These choice will, too, have everything and nothing to do with the way we raised them.

Our job as parents is, whenever possible, to love our kids regardless — and give them the kind of support that honors them, and us.