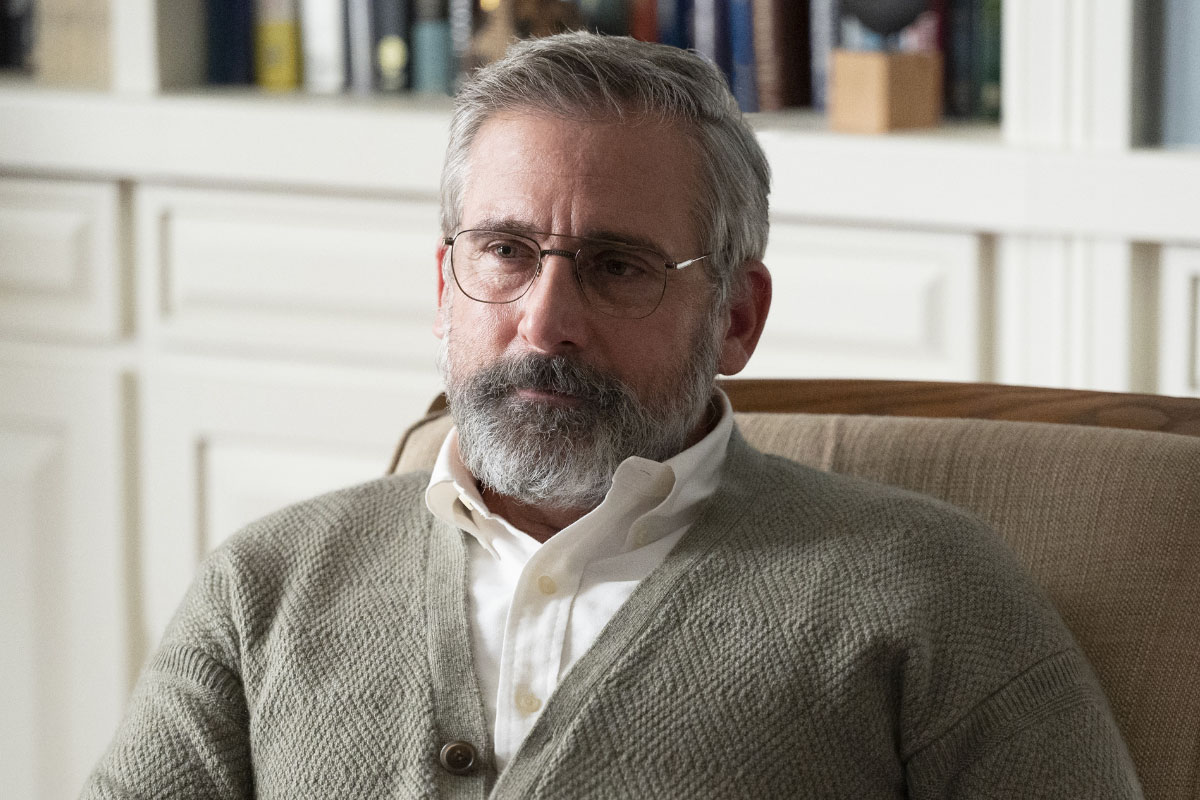 Viewers may watch the first episode of FX’s “The Patient” and believe this is an eerie new series about a sociopathic serial killer named Sam (Domhnall Gleeson) who kidnaps his therapist (Steve Carell) and holds him captive… but there is so much more to this show than meets the eye.

Carell, who is also an executive producer on the series, stars as Dr. Alan Strauss, a Jewish therapist who is still grieving over the death of his wife, Beth (Laura Niemi), a cantor at a local Reform temple. As the weeks of imprisonment go by, he begins to deeply reflect on his family and the choices he made in his life.

“The character wasn’t originally Jewish, and we started, as you always do, looking for ways to add specificity and depth,” Weisberg told Kveller. “We quickly realized that it allowed us to tap into things from our own lives and our own pasts that added certain dimensions, and it became, really, a lot more fun to write in a certain way after that.”

At the recent Television Critics Press Tour, Weisberg discussed his decision to cast Carell, who is not Jewish.

“Our feeling has always been as television writers that we’re kind of in an area where people are pretending to be other people,” Weisberg told critics. “That’s what everyone does all the time, and that’s just our sort of main outlook on it. You know, we understand some people feel differently about it, and that is also fine, too, but that’s where we were coming from.”

“The Jewish themes are very personal and important to each of us,” said Fields. “My dad was a rabbi, so I grew up in that world. Joe grew up with a Jewish family as well. So we were able to tap into something very personal for us, and ultimately, I think a big part of our belief as storytellers is that what we’re doing is trying to amplify our common humanity, and that’s something Steve and Domhnall both do brilliantly. We hope that’s ultimately what people take away from the specifics that are in the show.”

While Fields’ father passed away a few years ago, Fields could feel his presence during the many Jewish scenes in the show.

“My dad was just a wonderful, wonderful man and a wonderful dad and a great rabbi, and I’m very lucky to have had him, my mom, my family,” said Fields. “Everything in the show comes from both me and Joe together and we share a lot of stuff. There’s certainly things that I know as somebody who grew up inside a congregation with a particular vantage point that maybe seep in, and there’s other things that Joe’s got from his childhood that seep in… We all bring our entire full histories when we write, and[,] some of that can’t help but be in there.”

Weisberg only met Fields’ dad once, but felt like he knew him. “I spent lots and lots of time talking to Joel about him over the years. And I think that there’s no question that he was sort of hovering around during every bit of this [writing] process.”

“He would have loved this show,” acknowledged Fields.

In addition to relying on their Jewish upbringing, Fields and Weisberg brought in Jewish experts to make sure the episodes are accurately represented.

“We put out the word that we were looking for consultants who could help guide us through being as authentic as possible with all of the Jewish themes and moments in the show. Duvid Swirsky was recommended by our music supervisor, because of his incredible background with Reform Jewish music,” said Fields. Swirsky is also a cofounder of one of the most popular Jewish Israeli bands, Moshav.

Menachem Hecht is an educator who teaches at YULA High School and lectures and consults widely on topics related to Jews in America and Jewish history.

”With his deep knowledge of Orthodox Jewish communities and customs, Menachem was recommended by Joel’s brother-in-law, who teaches with him at YULA. We’re so grateful to each of them for their sensitive insights and creative contributions,” said Weisberg.

About the Strauss Family

The creators love exploring family dynamics whenever they are working on a project. Through flashbacks, viewers see why Strauss and his wife became estranged from their adult son, Ezra (Andrew Leeds), who chose to become Orthodox, rebelling against his family’s Reform background.

The tension between Strauss and his son gave Fields and Weisberg the chance to “make some progress” over the course of the series, which really intrigued them.

“I think part of what interests us is the tug between different points of view, without needing to impose the moral or even social judgment or value on it, but rather just to let it play out in an emotional way,” said Weisberg.

Without giving away any spoilers, another Jewish theme in the show examines the symbiotic relationship between Strauss and his cantor wife, which viewers observe during flashbacks at their community temple and family dinner table.

“We began to look at the triangle between him [Strauss], his wife and Ezra, and then added a daughter, which contributed another element to it,” said Weisberg.

If complex Jewish family dynamics and an enigmatic serial killer aren’t enough to draw you in, the show’s themes of forgiveness and atoning for one’s sins makes for great pre-Yom Kippur viewing. Consider it your High Holidays homework.