Everything We Know About ‘Shtisel’ Season 4 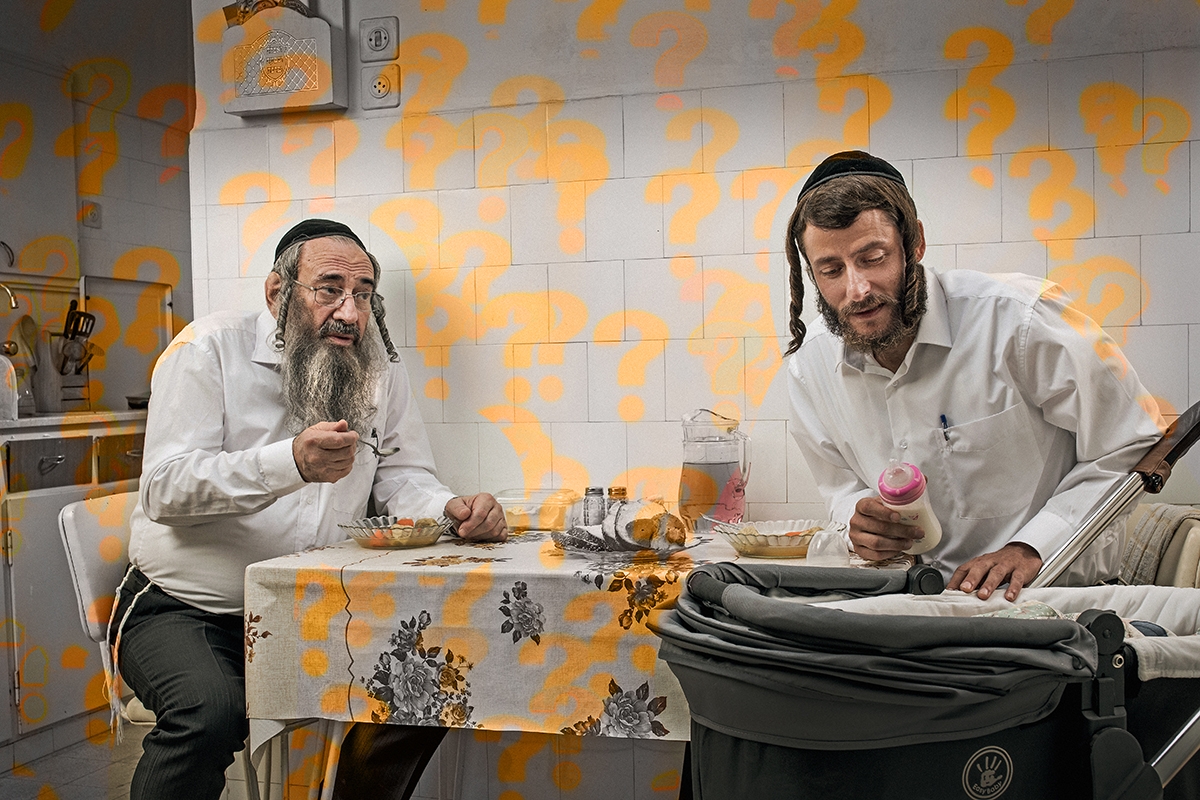 Whew. If you’ve watched the third season of Shtisel, which premiered on Netflix last week, you know it is a lot. My heart and soul will definitely take a while to recover from the adventures and misadventures of the Haredi family from Jerusalem, and my eyes may or may not still be puffy from the finale-induced tears.

But I also know that, just like me, many of you are already jonesing for more of the Shtisel family in your life.

While the ending of season 3, no spoilers, tied up a lot of loose ends from the season, some characters’ fates are still unknown. Will Yosal’e, Lipa and Giti’s son, wind up married? Has Akiva truly found domestic bliss? What will be of Uncle Nuchem and his possibility for romance?  What will be Ruchami’s fate after that dramatic ending scene? Inquiring minds need to know and thirsty hearts want more Michael Aloni!

Honestly, we can never get enough of Shtisel. But will there be a fourth season of the show? Here’s what we know so far:

Will there be a Shtisel season 4?

As of now, that hasn’t been confirmed by Yes Studios, the production studio behind the show. With the show’s popularity and devoted fanbase — it’s certainly possible. After all, it was international Shtisel fans that revived the show, which both creators and cast members had long moved on from by the time it premiered on Netflix in 2018. It’s very possible that enough enthusiasm and pressure could lead us to yet another season, and of course, the international popularity of Israeli TV will definitely help with that.

What has the crew and cast said about season 4?

At a talk this December, series co-creator Ori Elon was non-commital.

For Elon, the Shtisel family will exist forever, whether in the show or not — “they will continue to orbit in the sun in their own way,” he said. Elon did say he hoped for a couple more seasons and admitted to being tempted to keep sticking with this beloved family tale. But he also added that there is a fear of messing with greatness.

“Moses had a great first season with Bereshit and he signed up for another four seasons,” Elon joked. “I think season four, Vayikra, he had a real writer’s block.”

At the same talk, Doval’e Glickman, who plays Shulem Shtisel, expressed his enthusiasm for sticking with the show and with the role that he believes is a gift of a lifetime — joking about a possible season 11.

But the truth is that making a new season of the show may not be at the forefront of every cast member’s mind. Shira Haas, who plays Ruchami, is about to star in a limited series, Lioness, based on Golda Meir’s life, and with the success of her other popular show, Unorthodox, it seems like international offers will keep coming. Michael Aloni is about to star in another epic show, The Beauty Queen of Jerusalem, also from Yes TV. The show is slated to run for at least two seasons.

According to producer Dikla Barkai, the relatively newfound fame of some of the castmates made it challenging to come back for season 3, and that could be the case for a fourth season as well:

“They all wanted to be part of the third season, but it’s a challenge to bring them back to the same place, with the same kinds of salaries and production,” said Barkai. “This is a modest series and a modest production, with a typical Israeli budget, and the actors are now much better known, with different expectations and market recognition,” she told Times of Israel back in 2020.

What would the timeline be for Shtisel season 4?

Hopefully, it won’t be as large a gap as the one between season 2 and season 3. Five years is a lot to wait for a new season! But with the popularity of the show on Netflix, which hopefully comes with some monetary incentives, it’s possible that the show could come back for another season as early as 2022. Between the news of the renewal of season 3, and its premiere in Israel, about a year and half passed.

There are a lot of other great Jewish shows to watch if you’re done with Shtisel, in the meantime. And as we wrote last month, an American adaptation of Shtisel is forthcoming, sort of. While the show, which takes place in the U.S. and involves a romance between a secular woman and a Haredi man, does sound very different, we are definitely intrigued.

And of course, the moment we hear any news about season 4, you know we’ll update you.