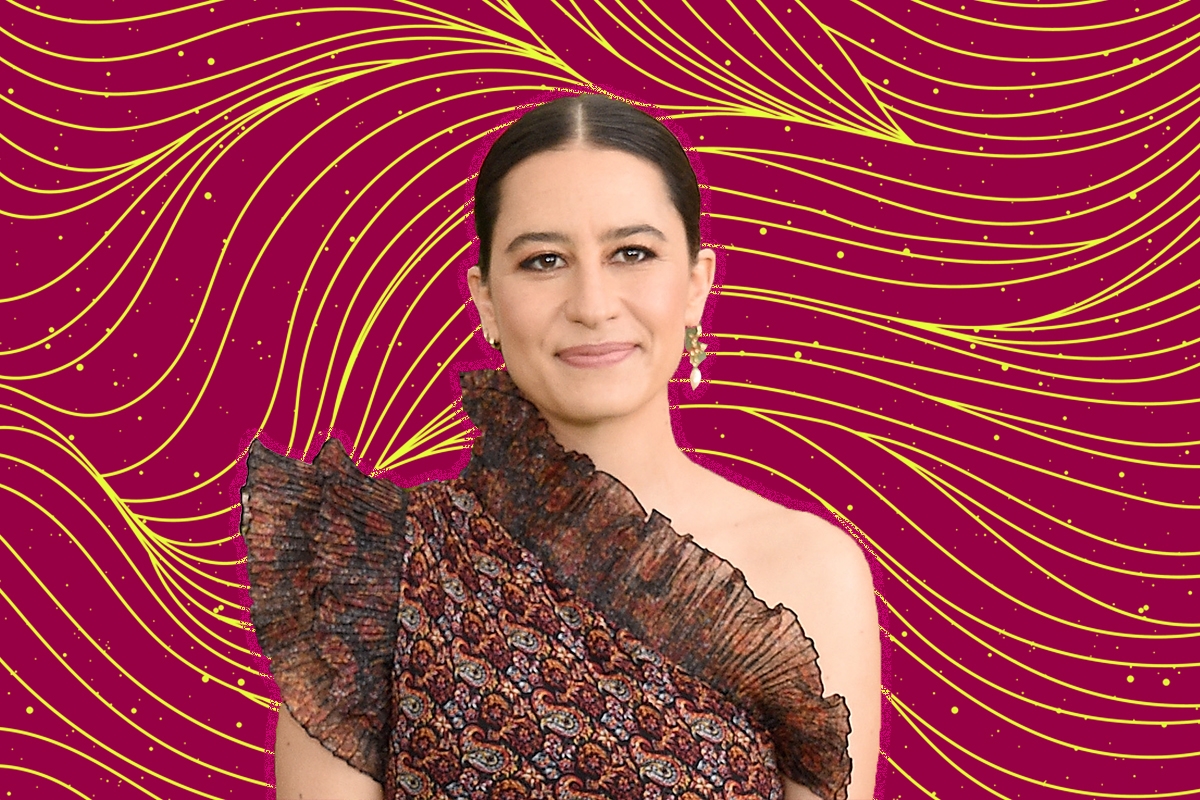 An entire generation of Jewish women has practically grown up with Ilana Glazer. For half a decade, we watched Glazer (and her BFF and collaborator, Abbi Jacobson) be unapologetically Jewish, unapologetically feminist, and unapologetically herself on Broad City. By doing so, she gave us all permission and encouragement to be all these things ourselves.

Now, we are watching the 33-year-old actress and comedian enter into a new chapter: motherhood. Yes, that’s right: Glazer is pregnant. She is expecting her first child with her husband, David Rooklin, the co-founder of Redesign Science, a biotechnology company. The two have been married since 2017, and they are honestly so adorable together.

Glazer is, of course, becoming a mother alongside so many others in her — our — generation. (That’s quite literally for this writer: I am also pregnant right now.) And just like with everything else she’s done, Glazer has some deeply relatable and powerful opinions about the new, personal journey she’s about to embark on — and, true to form, she’s about to share them through her art.

Glazer announced her pregnancy in an Entertainment Weekly interview published Wednesday — which, funnily enough, was all about her upcoming Hulu film, a horror movie about IVF called False Positive.

“This was not supposed to happen this way, but it’s just so eerie and cosmically funny that it has,” Glazer told EW, which also published a gorgeous photoshoot of the actress showing off her bump in glamorous, technicolor outfits. (The film was shot in 2019 — long before Glazer’s pregnancy.)

In False Positive, which comes out on June 25, Glazer plays Lucy, a woman who wants to have a baby with her partner, Adrian, played by Justin Theroux (who is more than 15 years Glazer’s senior IRL — we hope that gets acknowledged in the film). Adrian and Lucy approach Dr. Hindle (played by a very creepy Pierce Brosnan) to get pregnant, but, according to EW, “as Lucy’s belly grows, so do her suspicions that not all is as it seems at Dr. Hindle’s disquieting clinic.” Welp, that sounds terrifying.

“It’s about how the patriarchy is expressed through medicine,” Glazer says, adding that’s particularly the case when it comes to pregnancy and IVF.

“I think about women in America, supposedly the wealthiest nation in the world,” Glazer says, “and yet our maternal death rate is growing.” She’s right, of course: The U.S. ranks last among industrialized countries when it comes to maternal mortality, and Black women are particularly affected by this. “The maternal death ratio for Black women (37.1 per 100,000 pregnancies) is 2.5 times the ratio for white women (14.7) and three times the ratio for Hispanic women (11.8),” according to Commonwealth Health.

In False Positive, Glazer’s character believes that being white and privileged shields her from these risks. However, as the film progresses, she discovers that’s not true: “Lucy believes that, at a base level, she is free and in charge of her own decisions. But she’s not,” Glazer says.

Luckily, Glazer’s journey with her own forthcoming motherhood is very different. So far, she tells EW, the experience has been overwhelmingly positive, though she says she is missing the ability to share her experience through stand-up. (Honestly, we all could use a Glazer comedy special about pregnancy!).

“I’m not afraid to ask a billion questions,” she says. “There are certain trends in society of how pregnancy should look — the shoulda coulda wouldas that are put on women all the time but are so amplified in pregnancy. I’m specifically seeking out the most spiritually healthy and welcoming experience.”

As someone who has already given birth once, and is about to do so again, I truly can’t endorse this approach enough. There were times in my previous pregnancy that I felt reticent about asking questions, or of expressing my fears and concerns — and I truly regret that. As Glazer learned through False Positive, privilege doesn’t shield you from the oft patriarchal approach of maternal medicine. Being informed, and aware, and knowing that every birth experience is different and that it almost never is the perfect fantasy we’ve been sold, is truly key.

“The process of birth is so traumatic and painful, and yet it’s the most miraculous, surreal, real thing,” she says. “It’s like this perfect canvas for the paradox that is our country.”

Amen to that, and b’sha’ah tovah to Ilana. We wish her an easy pregnancy and delivery.