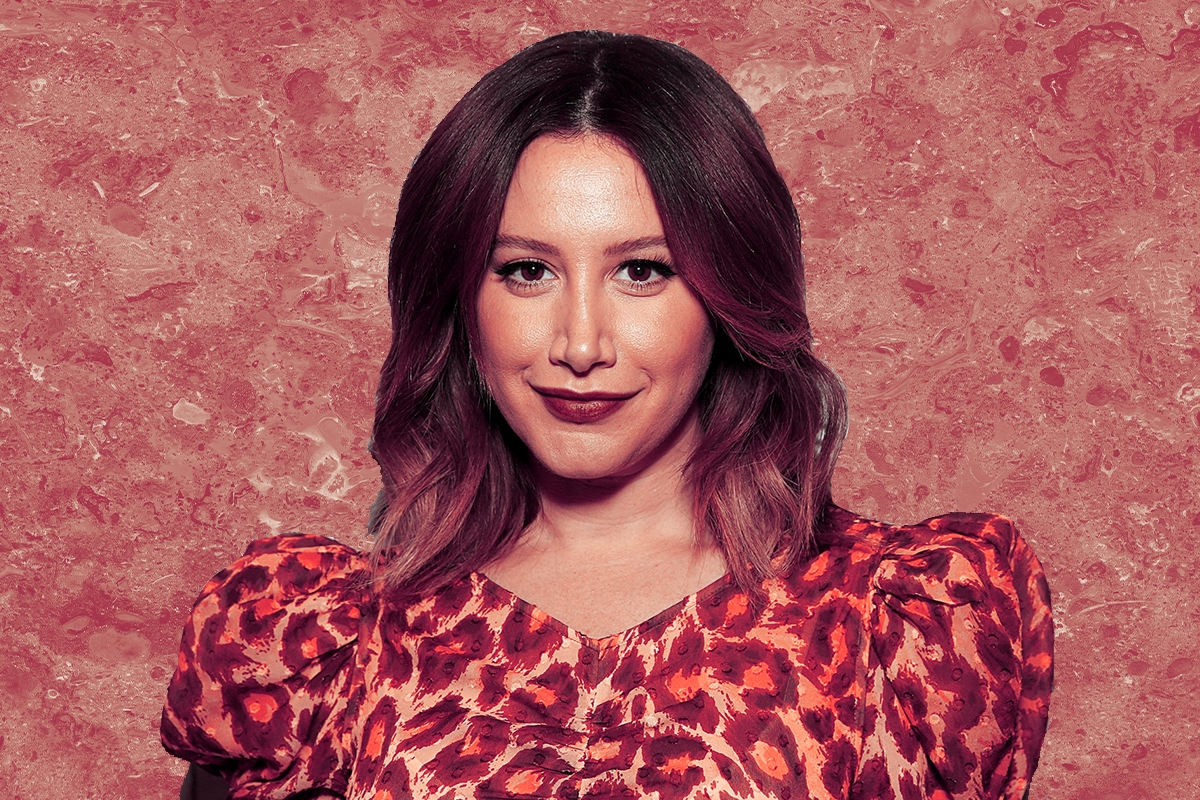 Jewish actress Ashley Tisdale is pregnant, and we’re so excited for her! The actress, singer, and lifestyle blogger announced in September 2020 that she is expecting her first child with her husband, Christopher French, a music producer for TV and movies.

The two announced the sex of their baby in October on Instagram, by cutting through a white-icing covered cake to reveal a pink interior. Given that pink was the signature color of Tisdale’s breakout character — Sharpay Evans in Disney’s High School Musical — we were delighted.

Tisdale, 35, has been acting and singing for years, breaking into theater at a young age. Fun fact: One of Tisdale’s very first roles was a production of The Sound of Music at the Jewish Community Center in her hometown of Monmouth, New Jersey. We love a Jewish origin story!

Tisdale’s mom is Jewish and her dad is Christian; she was raised with the influence of both religions. She did not have a bat mitzvah but remains connected to her Jewish roots.

Tisdale’s career kick-started after playing Cosette on a national tour of Les Miserables. She then had a voice acting role in A Bug’s Life (1998), and made cameos in films like Donnie Darko (2001). Her first prominent acting role was on Disney Channel, starring as the levelheaded candy counter worker Maddie Fitzpatrick in Suite Life of Zack & Cody (2004). But her big break came when she starred as Sharpay Evans in arguably the most iconic movie musical of Gen Z: Disney’s High School Musical franchise, which began in 2006.

In the years since, she’s continued her relationship with Disney, voicing Candace on Disney Channel’s hit cartoon, Phineas and Ferb, and recording albums with Disney for the HSM soundtracks, including the spinoff Sharpay’s Fabulous Adventure. Tisdale also released three solo albums.

On the topic of her earlier fame, Tisdale recently told People that she doesn’t plan to watch High School Musical with her daughter, who is due in the early spring. “Personally, I don’t watch my own stuff,” she said. “Also, my husband has hardly seen anything that I’m in. I think I just showed him High School Musical this year, and we’ve been married six years at this point. And that wasn’t even the full movie. I’m not someone who likes to watch myself.”

She added: “I look completely different, It feels like a different lifetime!”

As of late, Tisdale appears as a panelist on Fox’s new show, The Masked Dancer, a reality competition in which celebrities dress in quirky costumes and panelists try to guess their identities. She’s also apparently busy with her new lifestyle website, Frenshe, an online wellness hub dedicated to “learning how to live your best non-toxic life.”

We wish Tisdale and French all the best on this amazing journey, and mazel tov!